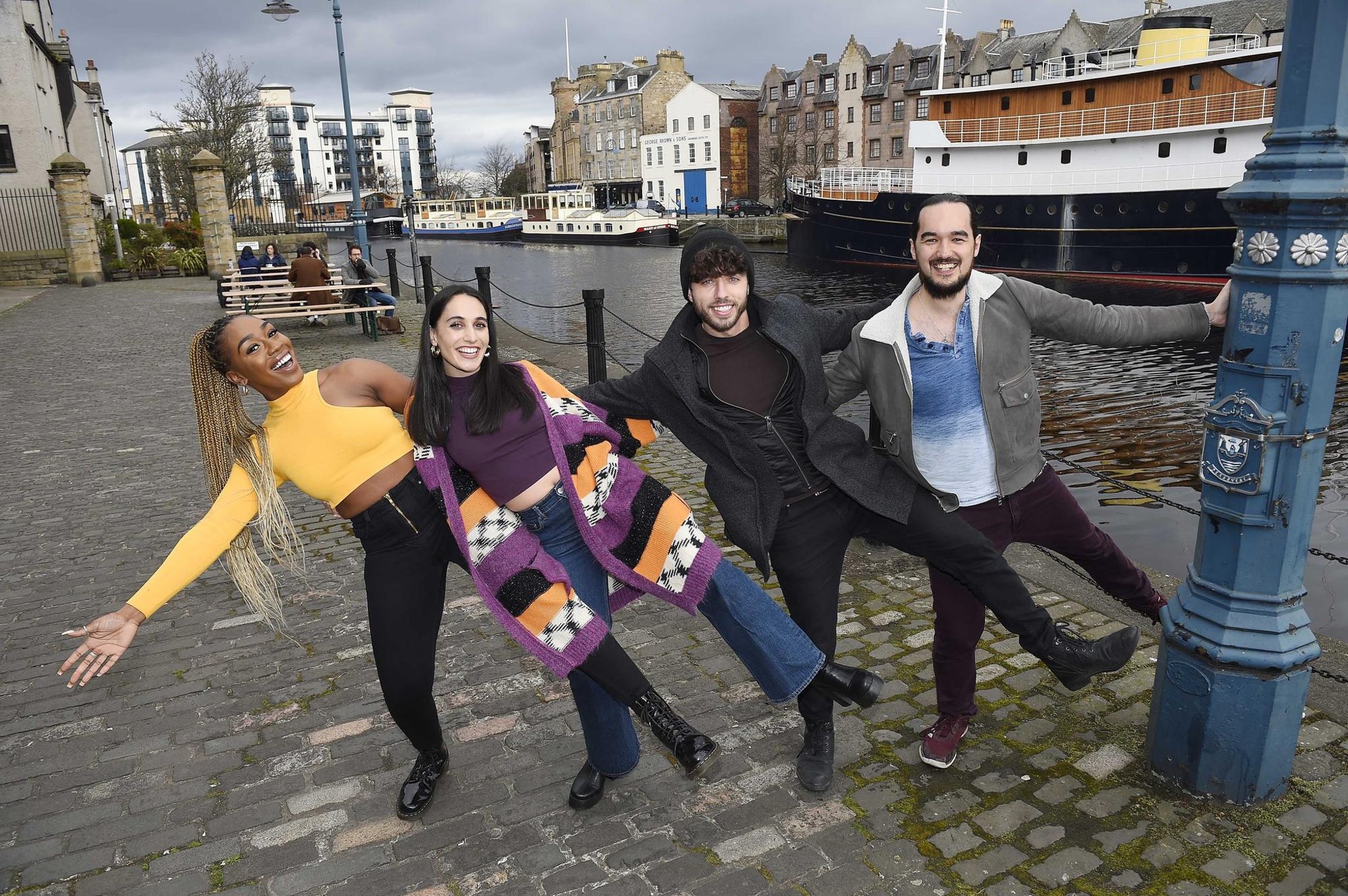 The scene is a wedding. Theater director Ben Occhipinti ties the knot. His friend and colleague Elizabeth Newman has volunteered to lead the congregation in song. She picked one of her favorites: I’m Gonna Be (500 Miles) by the Proclaimers. She has guests sing the de-de-de-da lines as a call-and-response at the front desk to see who can be the happiest. She calls it a “joy off.”

Not long after, Newman finds himself in a BBC Radio 4 studio where her fellow front row guests are none other than Craig and Charlie Reid. She’s there to talk about her outdoor production of Gulliver’s Travels (co-directed with Occhipinti). They are promoting the new Proclaimers album Angry Cyclist.

While waiting for the show to start, she tries to make small talk. “Drinking coffee beforehand is always a bit of a hassle,” she laughs, embarrassed. “I got way too close to them and said, ‘I love your music so much and I just threw a pleasure party at my boyfriend’s wedding…’ They looked at me like I was crazy.”

It was 2018 and Newman was preparing to leave Bolton to become Artistic Director of the Pitlochry Festival Theatre. If you come to Scotland, the Reid twins said you should consider directing Sunshine On Leith. “I’ve been trying to get the rights for ages,” she gushed, thrilled to know they loved Stephen Greenhorn’s musical as much as she did.

“The Proclaimers evoke a reaction that isn’t ‘Oh, I quite like the music,'” says Greenhorn, sitting next to Newman during a break after rehearsals in Pitlochry. “They connect in a way that’s so visceral that it becomes a personal relationship.”

Greenhorn’s show, which premiered at the Dundee Rep in 2007, is no mere jukebox musical. Rather, it draws on the Proclaimers catalog to tell a story that is as political and emotional as the music itself. The playwright was so devoted to dramatic integrity that it was obvious he even wrote their biggest hit would record.

“We knew it wasn’t a greatest hits gathering,” he says. “We needed to find a set of songs that we could use to tell a story. I said to Kenny, her manager, ‘I don’t know if their biggest songs are going to be on the show because if they don’t fit the story, they won’t be on it.'”

He says I’m Gonna Be (500 Miles) is a case in point: “If you put it in the middle, the show ends because the audience is taken out of the storytelling. This song is an event in itself. It wasn’t until late in the process in Dundee that we found a way to make it work. The answer was to hold back the chorus and use the verses to tie together the stories of the couples on the show and then provide the chorus. Half way through rehearsals we were thinking about doing a Proclaimers musical without 500 Miles.”

His commitment paid off. The musical has been restaged as far afield as India, is a favorite on the amdram scene and was made into a film in 2013 starring Peter Mullan and Jane Horrocks. Now Newman and Occhipinti are staging the show not only to reopen a refurbished Pitlochry Festival Theater and herald the start of the summer season, but also to close Edinburgh King’s ahead of its £25million refurbishment.

“Stephen is very smart because he wrote an amazing play that had people express their feelings through song,” says Newman. “Stephen and the Proclaimers have merged into one. The story he tells is about love and relationships, growing up, life’s disappointments, the idea of ​​family. All of these themes and flaws that Stephen explores lie in the publishers’ music.”

How is Sunshine On Leith evolving 15 years after its premiere and two years after the pandemic broke out? “The audience inevitably brings their own world to the show,” says Greenhorn. “At different times there was a special reaction from the audience to the two guys coming back from a war. Other times it was about the NHS or not wanting to wait for the potential of independence. Now on the back of Covid, what strikes me are the notes of perseverance, survival and sticking together in times of stress.”

Adds Newman, “What it has in common with all other productions is love. At the heart is our deep obligation as human beings to love one another—be it romantic love or family love.”