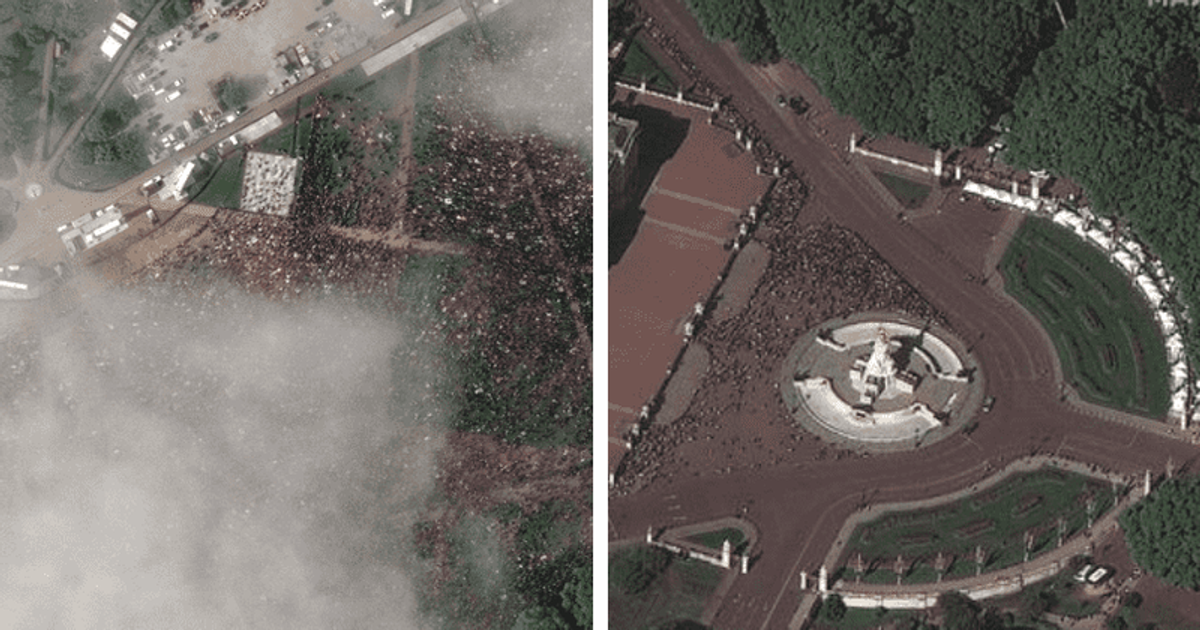 Around 4.2 billion people watched the state funeral on television and around 250,000 walked past the Queen’s coffin while it was laid out

LONDON, UNITED KINGDOM: Extraordinary satellite imagery has revealed the huge crowds that took to the streets and gathered at vantage points to watch the Queen’s funeral procession through London. Nearly two million mourners came out to see the coffin make its way to Westminster Abbey, where around 2,000 heads of state and dignitaries from around the world attended the funeral.

Satellite photos showed the huge turnout with wide, bold lines with dots covering the roadsides, while there was a black-lined patch over Hyde Park with people watching the funeral on big screens. After the service at the Abbey, the procession made its way from central London to Windsor Castle.

Mourners were eager to witness the short procession from Westminster Abbey to the Mall and through the Albert Memorial, which began at 9am. King Charles III, Prince William and the Duke of Sussex were among the royals attending the spectacle, which was attended by army troops from across the Commonwealth.

Around 4.2 billion people watched the state funeral on television and around 250,000 walked past the Queen’s coffin while it was laid out. The funeral was considered the largest security operation Britain has ever seen.

A sea of ​​guns held up mobile phones in Parliament Square to film the spectacular procession following a service attended by scores of world leaders.

Queen Elizabeth II’s coffin was placed in the Royal Vaults of St late Monday. The ‘second Elizabethan age’ came to a symbolic end when the most senior official in the royal household, Lord Chamberlain Andrew Parker, broke his baton.

Crowd sizes exceeded Platinum Jubilee weekend and the London 2012 Olympics, which saw up to 10,000 police officers on duty daily. It was also the largest global protection operation conducted by the force, with world leaders, dignitaries and other VIPs attending the state funeral. Former counter-terrorism police chief Nick Aldworth said it was “probably the biggest operation we’re likely to have in the UK”.