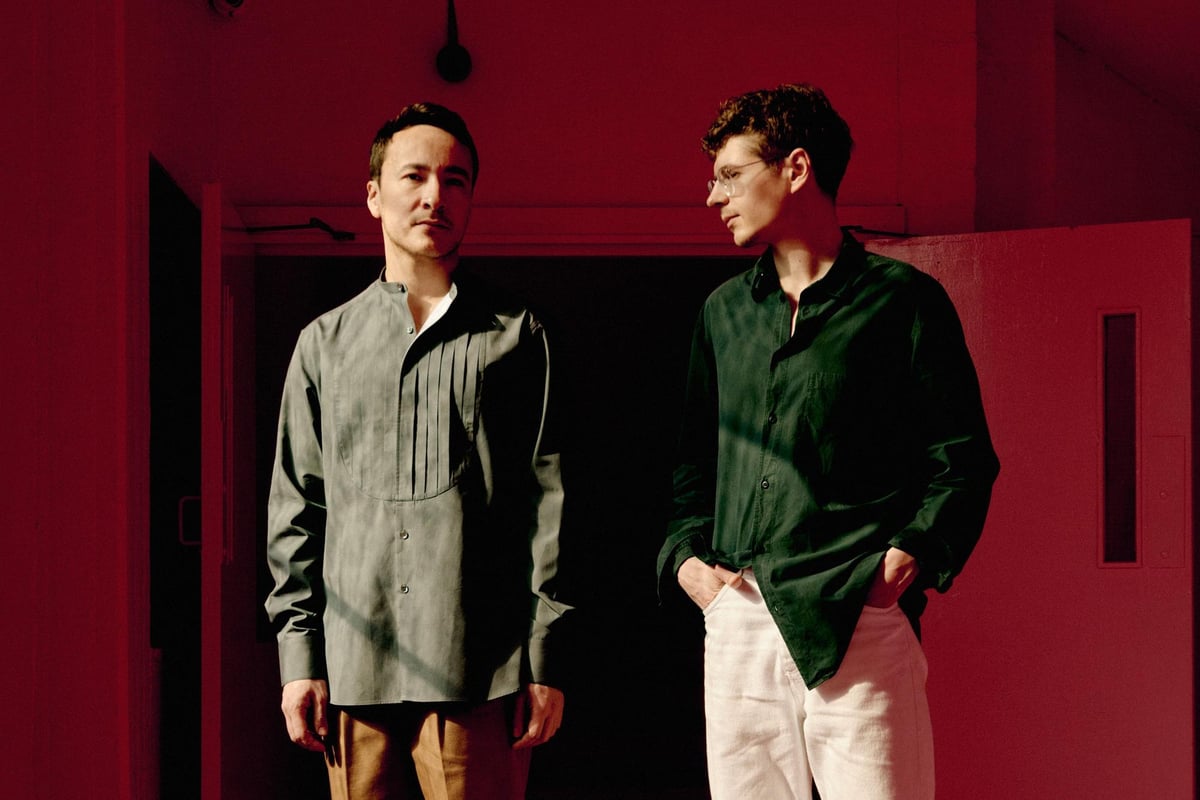 Ahead of their piano duo performances at the East Neuk Festival, Pavel Kolesnikov and Samson Tsoy tell David Kettle about the challenges of performing Stravinsky’s orchestral epic with just one instrument and four hands

Stuffing Stravinsky’s monumental dance of death The Rite of Spring into the – well, let’s call it the intimate interior of Crail’s Church Hall seems like an ambitious proposition for Fife’s East Neuk Festival. It’s one of the most infamous pieces of music written in the 20th century, and it still has the power to shock more than a century after its premiere in Paris, which provoked a famous uproar.

But this is no ordinary rite (if there is such a thing). It’s a version whose full ferocity and rhythmic energy has been boiled together in the hands of just two musicians on a single instrument – a piano duet. And it’s performed by Russian-born Pavel Kolesnikov and Kazakhstan-born Samson Tsoy, both now based in London, and two of today’s most exciting young pianists.

“We were both students when we first learned it,” Tsoy explains, “and we really fell in love with the piece.” It’s become something of a musical calling card for her, and a thoroughly authentic one at that – the piano duet version is by Stravinsky himself. ‘It’s a bit unclear why he did it,’ admits Kolesnikov, ‘but Stravinsky seems to have played this version with Debussy. And it was probably performed to build anticipation before the official premiere.”

But isn’t it just a watered down version of the kaleidoscopic orchestral music? Not a bit of it, according to Tsoy and Kolesnikov. “It’s very polished – it’s definitely not just a perusal score or a ‘work in progress,'” explains Kolesnikov. “I would say the rhythmic side is probably even more intense,” adds Tsoy.

The two pianists perform this beast of a piece at their morning recital on July 2nd amid what feels like a rich and thoroughly celebratory return to packed East Neuk Festival live events. Yet another challenge for them is simply navigating around the composer’s fistful notes. How do you manage the logistics without the help of a choreographer? “Work hours!” Tsoy laughs. “And of course it helps if you feel very comfortable with each other.”

So it also helps that Kolesnikov and Tsoy are partners in both real life and music life. How do you think their relationship contributes to their musical performance? “Well, you guys spend a lot of time together!” jokes Kolesnikov. “It has something to do with knowing each other on different levels,” Tsoy continues. “It’s about getting to know each other’s thought patterns, understanding how they perceive things and how they behave accordingly. But on the other hand, the number of arguments we have is just frightening. Then you remember it later and just can’t believe you actually said those things.”

“Yes, we should record them all and put them on a YouTube channel,” laughs Kolesnikov. But seriously, both men feel that their partnership allows them to grow together personally and musically. “It’s a very joyful experience,” explains Kolesnikov, “but of course there’s also a bit of drama. I always think that playing two pianos or a piano duet is a more intense chamber experience than any other. You share the same instrument, so you share the music in a very different way than, say, a violin and a piano, with their very different sounds and personalities. It’s almost like you’re merging with each other – which can be a very painful process. But it’s a miracle when it happens. It’s about forgetting and letting go of your ego. It’s one of the most humbling experiences you can have – like finding something beyond your own imagination.”

On June 30th and July 1st there are further opportunities to experience Tsoy and Kolesnikov’s remarkable partnership at the East Neuk Festival in the vastly different line-ups of Schubert duets – and on July 27th they return for more Schubert and Brahms at Music at Paxton back to Scotland. But miss her spring sacrifice at your own risk.

Pavel Kolesnikov and Samson Tsoy perform Stravinsky’s The Rite of Spring at the East Neuk Festival on Saturday 2 July. The festival runs from June 29th to July 3rd www.eastneukfestival.com