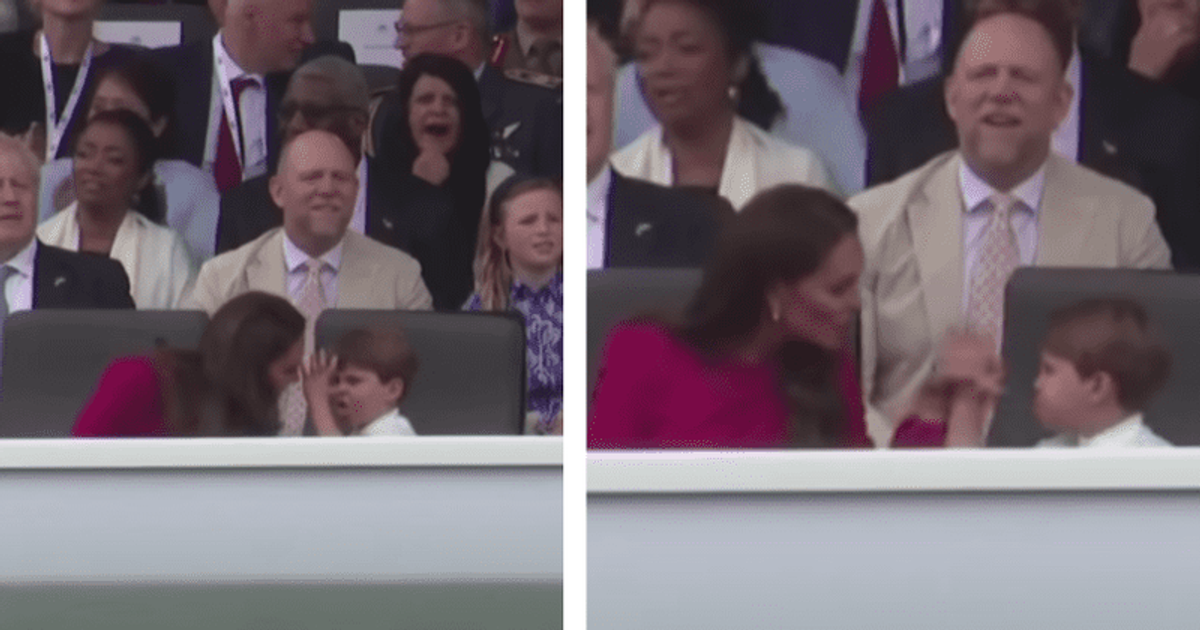 Prince Louis stole the show at the platinum anniversary party by drawing happy faces for his mother, Kate Middleton

The Queen’s Platinum Jubilee celebrations may be over, but Prince Louis and his antics continue to be the talk of the internet. The four-year-old prince sat in the royal box outside Buckingham Palace with his sister, Princess Charlotte, and mother, Kate Middleton, as they joined the crowd to watch the colorful floats. Louis stole the show with some disorderly moments and was seen drawing hilarious faces while Kate gave him some stern warnings.

Now a lip reading expert has revealed exactly what Kate told Prince Louis. Jeremy Freeman, the lip-reader, has revealed the words exchanged between the little king and his mother and how she coped with his tantrums while remaining seated to watch the parade.

When Kate noticed him picking his nose and lowering his hand, the young prince seemed irritated, Jeremy told The Sun. “You have to,” Kate prompted Louis. Louis said, “I don’t want to,” before covering his mother’s lips and turning away to watch the carnival parade. The 40-year-old mother-of-three hastily warned Louis, adding, “I said no hands…” Before giving a tiny wave, she pointed out the march and urged her child to “look.”

Instead of attending the event, Louis blew raspberries at his mother and stuck his tongue out at her. Kate replied, leaning towards Louis, “Stop it.” Louis soon calmed down. Kate has received a lot of praise for how she handled Louis’ antics, mostly knowing she was being photographed and filmed by a million people. However, many royal fans were more interested in Prince Louis and his antics.

One person wrote on Twitter: “Louis stole the show and I love every minute of it. ❤️” “Yep, he really had the time of his life! His siblings reactions were spot on!” another added. One wrote, “This is another favorite moment!!” “Prince Louis is an icon as always,” another person noted.