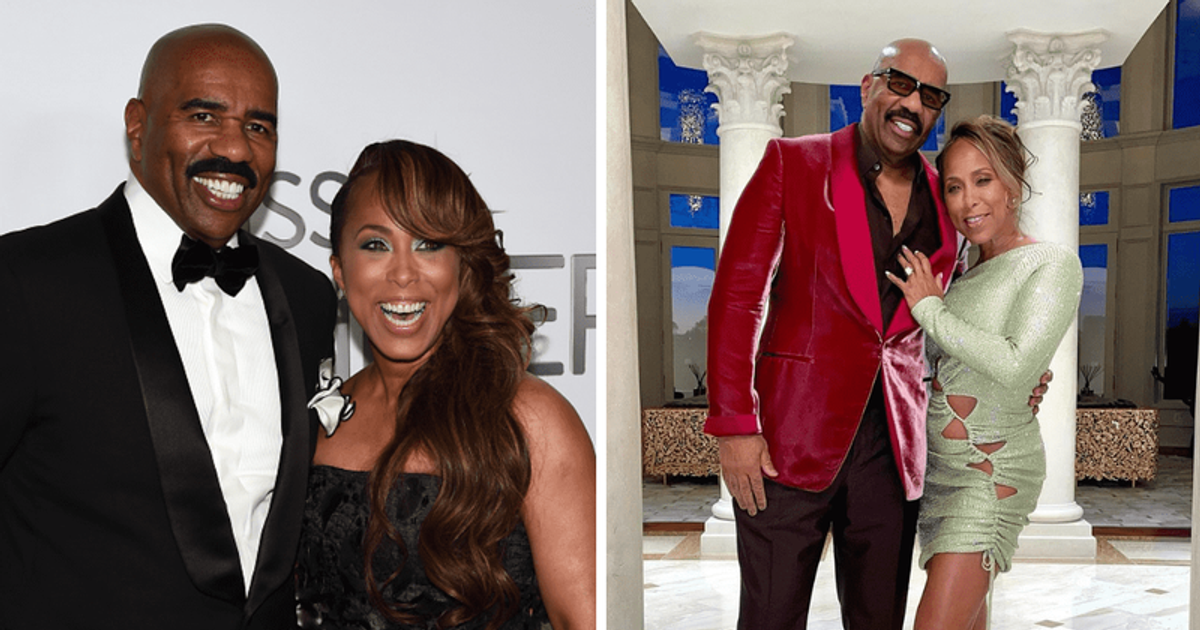 LOS ANGELES, CALIFORNIA: Hollywood comedy legend Steve Harvey turned 66 on Tuesday, January 17. The seven-time Emmy Award-winner, whose real name is Broderick Stephen Harvey, began his career as a stand-up comedian in 1985 and has since been “on fire” with his acting skills and impeccable comic timing. The star watched his Career soared to new heights after hosting The Steve Harvey Morning Show, Family Feud, Celebrity Family Feud and Miss Universe.

The icon is not only a phenomenal Hollywood actor, but also a devoted husband and father. The ‘Me and the Boys’ star has had a beautiful marriage to wife Marjorie Elaine, whom he says is his greatest strength. The couple exchanged vows on June 25, 2007. On the couple’s 15th wedding anniversary, Harvey wrote Marjorie a love letter expressing his gratitude for having her in his life for so long.

How did Steve Harvey and Marjorie Elaine meet?

After failed relationships in the past, Harvey met Marjorie in 1987 at a stand-up show. He was performing in Memphis when Marjorie walked in and sat in the front row. Harvey just stared at her in hypnosis. The comedian took the opportunity to chat with her during his set. “The first thing I said to Majorie was, ‘Sorry, I don’t know who you are, but I’m going to marry you one day,'” Harvey said, according to US Magazine.

After a year and a half of dating, the romance fizzled out and they broke up. However, the two got back together in 2005 through mutual friends and the couple gave love a second chance. After a year of dating, Harvey proposed and the rest is history.

Harvey and Marjorie are the proud parents of six children as one big happy blended family. The “Family Feud” presenter has three children from a previous marriage to Marcia, twin daughters Brandi and Karli and a son named Broderick. Steve has another son named Wynton Harvey with his ex-wife Mary Lee Harvey. After Harvey tied the knot with Marjorie, Harvey also adopted Marjorie’s three children from her previous marriage to Darnell Woods – Jason, Morgan and Lori. Over the years, the family divided their time between Atlanta, Chicago, and Los Angeles.

The Steve Harvey Morning Show host is now happily married, but things haven’t always been great. When Harvey and Mary Lee divorced, she claimed he left her penniless, adding that she was evicted from her home and left homeless. Although the court ruled her claims were false, she was awarded three houses in the couple’s divorce settlement.

Her string of accusations didn’t end when she claimed Harvey stole her son Wynton. Once again this turned out to be wrong as she willingly sent the boy to his father. While people were saddened by his divorce, Harvey saw it as a blessing. The talk show host said people tended to always see breakups as a bad thing, but sometimes they had to happen for something better to happen.