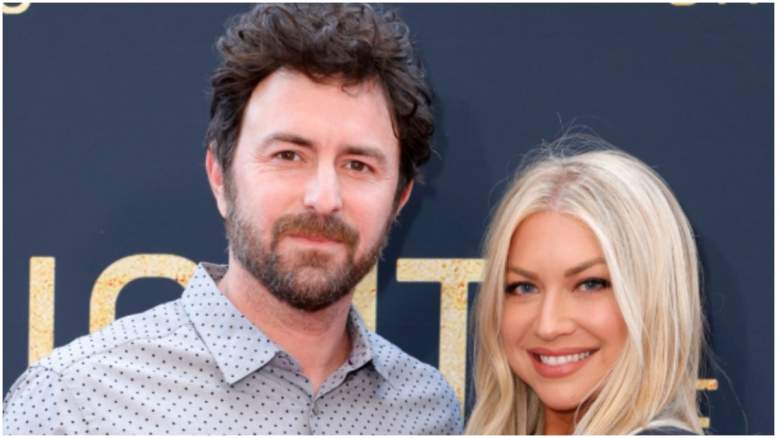 The former “Vanderpump Rules” exchanged vows to Beau Clark at a wedding in Rome, Italy, more than 18 months after their legal marriage in California.

Schroeder and Clark originally planned to tie the knot in a lavish wedding in Rome in October 2020, but were forced to postpone their plans due to the COVID-19 pandemic. Instead, the couple exchanged vows in a secret backyard ceremony in September 2020 while Schroeder was pregnant with their daughter Hartford, per Hollywood Life.

A source at the time revealed the couple were still planning to renew their vows in Italy when travel restrictions were lifted, and they did just that in May 2022.

On May 12, 2022, Schroeder posted a first look photo from their wedding day on her Instagram page. The 33-year-old bride wore a tulle-covered white dress, along with a long falling veil, as she posed with her husband, who wore a traditional black tuxedo.

Maloney stunned in a neutral metallic bridesmaid dress in photos shared by the Bravo and Tea fan account.

Fans and friends reacted to the couple’s wedding photo, including Maloney, who commented, “I’M DYING.”

On a March 2022 episode of the You’ll Love Me podcast, Schroeder’s best friends Katie Maloney and Taylor Strecker revealed the wedding reprise would be small, with a wedding party of just Maloney, Clark’s best man, Rob Evors and baby Hartford. Stretcher also announced that she would be the official for the ceremony.

According to Us Weekly, only the bride and groom’s closest friends traveled to Italy for the wedding. In addition to Maloney, Strecker and Evors, Clark’s sister Georgia Bardetti, Schroeder’s best friend Kristina Kelly and friends Dylan Leong and Christopher Shanley were in Rome for the wedding. Schroeder also shared snaps and videos of her sister Georgie Aubin and friends Taylor Donahue and Tom Schwartz.

“Stassi had to trim her guest list,” a source told the outlet. “Some of her family members, friends and former co-stars including Scheana [Shay]had to be unloaded.”

The day before the wedding, the “Off With My Head” writer posed for a photo with Maloney, Kelly, Strecker, Aubin and pal Jenna Rosenfeld at Italian restaurant Il Gabriello after a low-key “Bachelorette” dinner.

“My version of a bachelorette party. Wine & pasta & then bed,” Schroeder wrote on an Instagram story.

Schroeder also revealed that she was throwing a welcome party for her guests and later posted pictures from the celebratory dinner, to which she wore a strapless white Galia Lahav dress.

“It’s a rehearsal dinner. Welcome dinner, whatever,” Schroeder said in her story.

According to insiders, the welcome party/rehearsal dinner took place on the Hotel de Russie terrace.