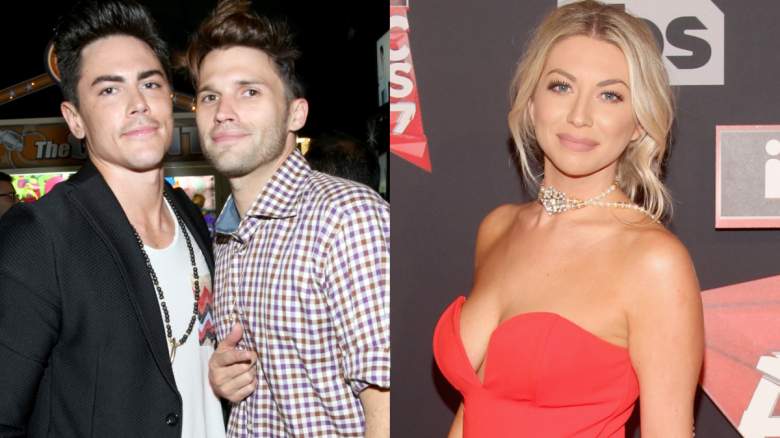 Stassi Schroeder is a big fan of Tom Schwartz and Tom Sandoval’s new bar and lounge Schwartz & Sandy’s, and she really hopes the place thrives – and that it “stays open.”

On the November 11, 2022 episode of the podcast “The Good, The Bad, and The Baby,” Schroeder and her husband Beau Clark discussed going to the new location, which has had a soft opening for the past few weeks.

Schroeder explained that she had some friends in town and they wanted to check out the place. “I thought, ‘Yes, I want to go!’ I’ve always wanted to go,” Schroeder said when her friends mentioned the new place as a place to hang out. “But that doesn’t mean I’m not nervous and have agoraphobia,” Schroeder added.

Schroeder and Clark are both very good friends with Schwartz, but Schroeder’s relationship with Sandoval has varied greatly over the years. Nevertheless, she ventured out – and gave the fans their opinion on the new hotspot.

Schroeder admitted she didn’t know what to expect when she first went to Schwartz & Sandy’s, which scared her.

“So we decided that we’re going to go to Schwartz & Sandy’s afterwards,” she said, explaining that she was wearing heeled boots and fake eyelashes. Schroeder said she drank two espresso martinis and mentioned that “all the cocktails looked amazing.”

“I looked at the actual menu, we had already eaten so I didn’t have anything but everyone was raving about it,” she said. “I really damn liked the bar. If I were another bar person, I would want to go there all the time, and I would be just so excited that it’s four minutes from my house,” she continued.

“It’s just lovely. It’s so pretty and fun and unusual,” Clark said, adding that he wants to return.

While Schroeder and Clark admit they don’t get out as much now that they’re parents — and Schroeder generally prefers to stay at home — they both seem excited to have a place close to home where they can hang out.

“It was a really relaxed, cool audience. And I had a great time,” she said on her podcast. “It was very nice. And I hope it stays open so after our dates we can have our nightcaps there and socialize a bit. Like going to Schwartz & Sandy’s? It doesn’t scare me at all because I know that I’m so close to home,” she continued.

Schroeder said the lounge is “where she is” and even said that Schwartz and Sandoval should make her “their ambassador.”

“Can you imagine that?” she said, sharing a laugh with Clark.