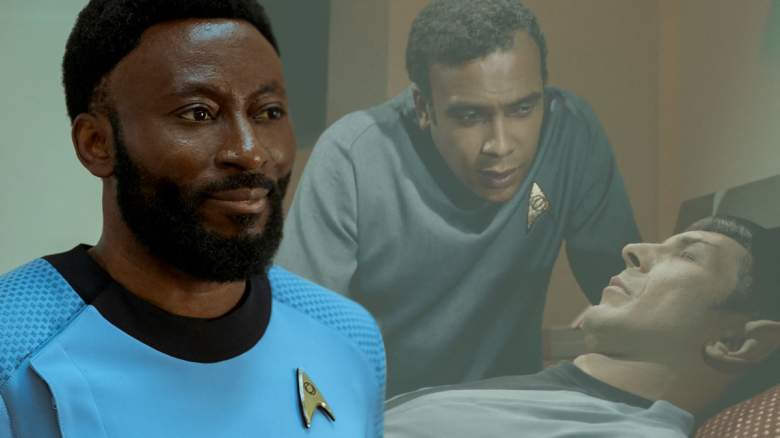 Let’s be honest. Paramount has a huge hit up its sleeve with Star Trek: Strange New Worlds. The show has received an incredibly high rating from critics on Rotten Tomatoes. It is the most streamed show in the United States (since the second episode).

Some fans will be annoyed that there are technological advances on the USS Enterprise not seen on William Shatner’s show, Star Trek: The Original Series. But these are quickly swept away as fans start observing the characters and immersing themselves in the story.

Strange New Worlds introduced a few new faces to the Star Trek canon, including La’an Noonien-Singh (Christina Chong), Lt. Erica Ortegas (Melissa Navia) and Hemmer (Bruce Horak). Nevertheless, most of the characters came from “The Original Series” or “The Cage”. This latter story was Gene Roddenberry’s first attempt at making “Star Trek” for television in 1964.

Captain Christopher Pike (Anson Mount), Una (Rebecca Romijn) and Spock (Ethan Peck) are all from The Cage. Nurse Christine Chapel (Jess Bush), Cadet Nyota Uhura (Celia Rose Gooding) and T’Pring (Gia Sandhu) all appeared in The Original Series. The first two appeared in most “Original Series” episodes, while T’Pring only appeared in the episode “amok time‘ that set the tone for so many Vulcan storylines to come.

One of those classic rewrites from The Original Series that fans don’t know too much about is Dr. M’Benga, now played by actor Babs Olusanmokun. Fans probably know more about Mr. Olusanmokun as he has appeared in Law and Order, The Defenders and last year’s blockbuster Dune. Olusanmokun’s Jamis fought Paul Atreides (played by actor Timothée Chalamet).

Olusanmokun told reporters that he prepared for the role by asking Dr. Watched M’Benga in The Original Series.

“I think I saw another show and I left it at that because you don’t want to do what everyone else is doing.” said Olusanmokun. “Or you don’t want to get too many influences, so to speak. I was just trying to create something new and different, something that I can bring my qualities to, whatever they may be.”

dr M’Benga was originally portrayed by Booker Bradshaw, and the character appeared in the episodes “A Private Little War” and “That Which Survives”. In Bradshaw’s first appearance as Dr. M’Benga he is responsible for the infirmary. At the same time Dr. McCoy (DeForest Kelley) is busy on an away mission. dr M’Benga worked to revive Mr. Spock (Leonard Nimoy), who was injured on the mission. In one memorable scene, Dr. M’Benga Spock also regained consciousness.

This episode revealed that Dr. M’Benga may have been just one of many doctors who worked aboard the Enterprise under Dr. McCoy, who served as Chief Medical Officer (CMO). In the third episode of Strange New Worlds, Dr. M’Benga was clearly in charge when Chappel, Una and all the other executives turned to him to heal the crew infected with a mysterious disease. He even said that by the end of the episode he was “Chief Medical Officer” on Starfleet’s flagship.

This disease caused the crew to be drawn to light and warmth, and those afflicted would do anything to get that light and warmth. Eventually, Hemmer and Una found out that the disease wasn’t being strained out by the high-ranking ship transporters because Dr. M’Benga had done something to his medical transporter.

As Una Dr. Confronting M’Benga, he confessed that he had used the medical transporter’s buffer to save his daughter’s life. She had a terminal illness and Dr. M’Benga said she only had twelve weeks to live.

Una said Dr. M’Benga that the girl would be allowed to continue surviving in the buffers and would supply energy direct from the warp core to keep her alive. At the end of the episode, viewers saw Dr. M’Benga spent time with his daughter.

Who makes fun of the fact that Dr. M’Benga’s daughter survives in the transporter buffer should rewatch the classic Next Generation episode.relics.” The Enterprise found an old Starfleet ship where someone was manipulating a transporter to repeat a signal until it was found. That person was the legendary Montgomery “Scotty” Scott (James Doohan).