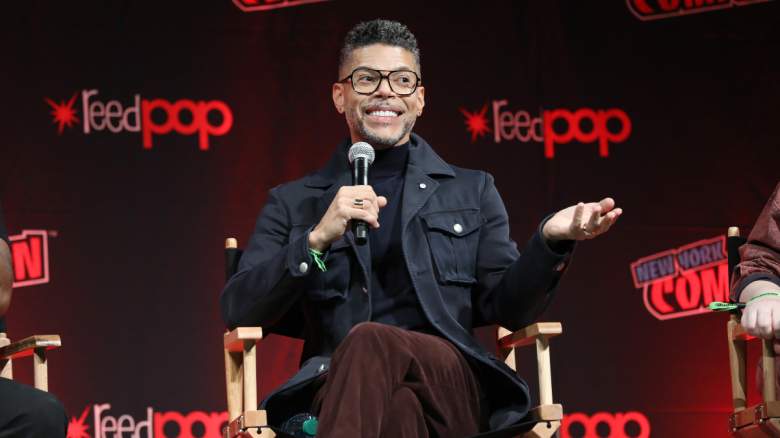 On Saturday, October 9th, the cast of “Star Trek: Discovery” gathered on the Empire Stage at the Javits Center in New York City to discuss the upcoming season. Sonequa Martin-Green (Captain Michael Burnham), Mary Wiseman (Ensign Sylvia Tilly), Blu de Barrio (Adira), David Ajala (Cleveland Booker), Wilson Cruz (Dr. Hugh Culber), Anthony Rapp (Lieutenant Paul Stamets) and Michelle Paradise (co-showrunner) talked about what it was like to film during a pandemic, how the Discovery’s crew adapts to their new captain, and what to expect for season four.

During this discussion, Cruz revealed a little about the role that Dr. Culber will take over in season four and what inspired his performance.

Panel host Karama Horne, also known as The Blerd Gurl, asked Cruz how the crew will deal with the ongoing trauma of their jobs in season four, especially since they had to deal with so much trauma as early as season three.

Cruz said that Dr. Culber would continue to take on the role of ship advisor, which he began in season three. He added that trauma can sometimes be an opportunity for growth.

“I will go to the great Dr. Steal a line from Culber, ”said Wilson. “We’ll be fine, but we must first admit that we are not in order for us to come to the solution. We talk so much about post-traumatic stress, but we don’t talk enough about this theory that exists about post-traumatic growth. The fact that these traumatic experiences, especially traumatic experiences that we experience together, can lead us to another place, can make us stronger if we are ready to face the actual issue. “

Cruz went on to say that the characters on “Discovery” are still learning who they are and how they fit in with the crew. He said that this trauma they go through and how they deal with it will shape them.

Later on the panel, he said that Culber will continue to help his crewmembers through these trauma by taking care of both their mental and physical health.

Cruz went on to say that his portrayal of Culber this season was really inspired by the healthcare workers who worked on the front lines during the pandemic. He said that Dr. Culber’s big fight this season is to take care of his own welfare while taking care of the crew’s welfare. To find out how to authentically incorporate that into his performance, he turned to real-world healthcare providers. He said:

A few minutes later, Martin-Green said she took inspiration from the essential workers even during the pandemic. She said that Starfleet is all about honor and duty, and there is nothing more honorable than performing your duties in the face of danger to help people you don’t know. She went on to say that the work during the pandemic made them all very grateful to those who continued to do their jobs at great risk to themselves. The other actors on stage nodded in agreement.