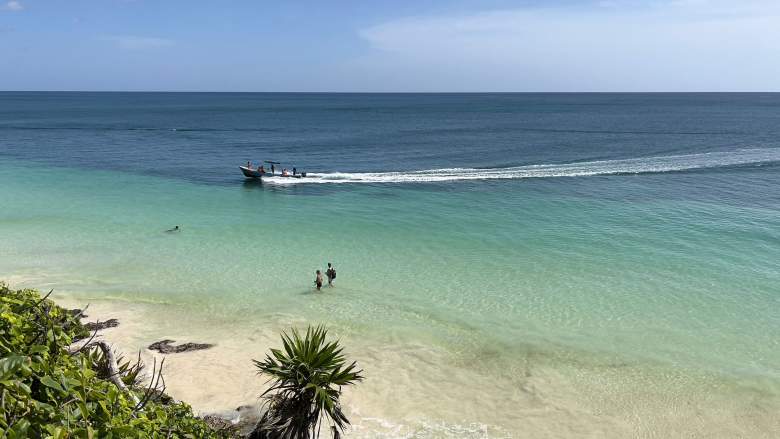 Some ‘Bachelor’ fans are more committed than others. ZacharyReality has taken the fandom for Bachelor in Paradise to the next level. He posted on his Twitter account on June 19, 2022, “Someone took a boat and sailed to BIP.” A photo taken by the cast and crew while filming on the beach was also posted.

WARNING! This post contains major spoilers. Don’t read any further if you don’t want to know anything about Bachelor in Paradise 2022!

ZacharyReality followers had mixed reactions to the enthusiast’s stunt. One admonished“that’s kinda creepy ngl 💀 like cmon zachary.” Other couldn’t contain their excitement, writing: “Oh yeah yeah! Wait patiently.” A fan joked“All I hear is you’ll probably have to start looking at boat rentals next year hahaha.”

Fans have deduced from the photo that they will definitely see Aaron Clancy and James Bonsall at the beach, both of whom were in Season 7 of BIP. A Twitter user posted, “Yeah, wait. Is that Aaron again?” and another tweeted“Looks like Aaron and James are back.”

Clancy and Bonsall were known for their hilarious bromance in BIP Season 7. As Screen Rant describes, “James and Aaron were inseparable. As James said, “Me and you against the world bro.” Chelsea Vaughn, who Aaron dated briefly, said if Aaron spent more time with James than she did, she would take her rose back.”

According to The Brag, some fans are also convinced they spotted Andrew Spencer from Katie Thurston’s season of The Bachelorette in white shorts at BIP Beach. Spencer is the prankster who walked out of the limousine in season 25 with a fake British accent.

As Bustle reminds fans, Thurston was heartbroken when she sent Spencer home. She apologized profusely for not giving him the coveted rose before their hometowns. She explained, “I couldn’t look your mum and sister in the eye and tell them what they wanted to hear … It’s really hard to say goodbye because you’re really one of a kind. You deserve to find great love.” Spencer graciously replied, “It’s bittersweet, but all I know is that I’ll hold you in my heart forever.”

It looks like all three of these joking bachelors will have another chance at finding serious romance this season. Viewers can watch the drama on ABC starting September 27, 2022.

Other spoilers have already been released by various outlets, including well-known spoiler icon Reality Steve. For example, he tweeted on June 8, 2022, “Lace Morris will be on this season” along with a picture of her getting off a shuttle bus. Fans will remember Morris from Ben Higgins’ season of The Bachelor, where she made quite an impression with her outrageous personality. She eventually dropped out of the competition at week 3, claiming that “before she could commit to a relationship, she needed to work on herself,” explains Bustle. Morris returned to the franchise in the third season of BIP, where she became engaged to Grant Kemp. The relationship didn’t last long and now it seems the quirky real estate agent has a chance to meet her soulmate in paradise again.