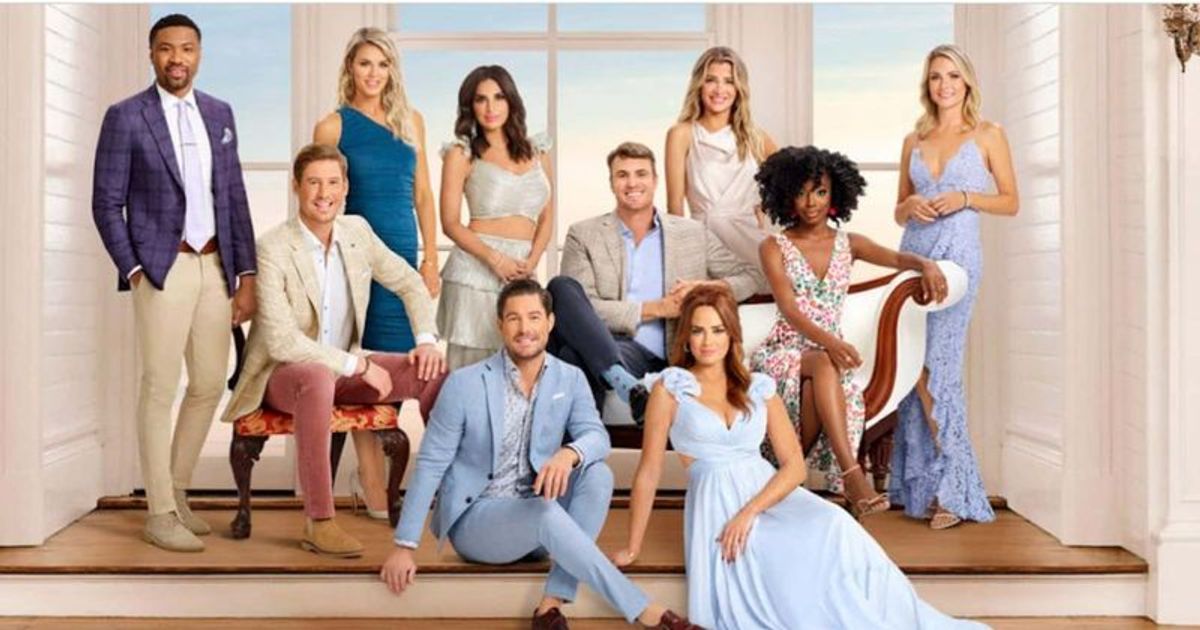 Southern Charm is one of Bravo’s globally acclaimed reality TV series. Fans waiting for the new season can rejoice when the highly anticipated Season 8 of Southern Charm premieres today on Bravo. The series was created by Bryan Kestner and Whitney Smith. The reality series revolves around a group of friends in Charleston, South Carolina. These friends experience a love in their lives that is definitely incomplete without the over-the-top drama and constant discord that add spice to their lives.

Let’s take a look at some of the cast of the show. In the meantime, fans can watch other reality TV series like The Big Shot Game Show and Young, Famous & African, among others.

The 31-year-old started her career as a hair and makeup artist. But today, Madison is also a businesswoman. She is currently the co-owner of “Mavens” – a boutique-style salon in downtown Charleston. She is also the owner of Blush and Brushes, her thriving salon in downtown South Carolina. The reality TV star runs Mavens with her business partner Meg McMillion. She opened this salon with her hair and beauty expert Meg Workman. LeCroy is a professional makeup artist and hairstylist. The reality TV star also works as a freelance makeup artist. She specializes in hair cutting, hair & makeup for print, web, TV and weddings. Madison is currently engaged to her fiancé, Brett Randle.

Madison is very active on social media where she uploads pictures of her luxurious lifestyle. She has a following of over 555,000 on her Instagram handle and is also a social media influencer.

Leva Bonaparte is an Indian businesswoman and entrepreneur from Charleston, South Carolina, USA. Leva Bonaparte owns Republic Regine, Bourbon n Bubbles, Mesu, and even a sports bar called 1st Place. Leva has long been married to her husband Lamar Bonaparte. Also, Leva received worldwide recognition after her appearance in the seventh season of Southern Charm. She will join the gang of friends in Southern Charm season 8.

Shep Rose (Shepard Rose) is an entrepreneur and businessman. He appears on the reality TV show Southern Charm and is the star of his own spin-off series called RelationShep. Not many know this, but Shep originally worked in real estate for a while before the 2008 recession ousted him. Not long after. He was discovered and cast in the Bravo reality TV show Southern Charm, which brought him fame and worldwide recognition as a reality star. Shep is also a popular social media influencer who has nearly 867,000 followers on Instagram.

Austen Kroll is a beer craftsman and reality star who gained a huge fan base after appearing in Season 4 of the popular reality series Southern Charm. With his debut on the show in 2014, Kroll swept away the show’s spotlight and gained widespread popularity as fans became excited to learn more about him. Kroll and LeCroy were previously in an on-off relationship for two years before calling it quits in December 2020. Currently, in the year 2022, Austen Kroll has found the love of his life in his girlfriend, Olivia Flowers. He owns Trophop beers and also hosts the podcast Pillows And Beers.

Naomie Olindo, one of the cast members of Southern Charm, appeared as a recurring guest in season 3 of the show. At the beginning of the sixth season, Olindo became a main cast member. She was introduced on the show as Craig Conover’s girlfriend. Then Naomie and Craig split in 2017. She was credited as a reality TV star for her appearance in Southern Charm on Bravo TV. She has her own clothing brand called “Shoplabeye”. She is currently not dating anyone and also split from her ex-fiancé Metul Shah a few months ago. She is also actively connected with her fans and has a social media following of 704,000 followers.

John Pringle rose to prominence as a cast member in the Bravo reality TV series Southern Charm. He debuted in the show’s seventh season in 2020. Before finding fame, he graduated from the University of Georgia. He then moved to New York City. He has two sons, Asher and Quinn, with his ex-wife Heidi. He became friends with Shep Rose while they were students at the University of Georgia. He is also a musician and enjoys singing and playing the guitar in his free time when he is not working. He is currently not in a relationship with anyone.

Craig Conover made his reality show debut on Bravo’s Southern Charm in 2014. He starred in the 2021 spin-off Southern Charm and Summer House titled Winter House. The attorney founded his own law firm, Conover Law Firm, that same year. He’s also the owner of Sewing Down South in Charleston, South Carolina, and he co-hosts the podcast Pillows and Beer with Southern Charm alum Austen Kroll. His first book, Pillow Talk: What’s Wrong With My Sewing?, is set to hit shelves in 2022. The TV personality dated Southern Charm star Naomie Olindo for three years, many of which were documented on the Bravo series, before they called it ending in 2017. He moved on with Natalie Hegnauer, whom he dated from 2019 to Dating in 2021 before dating Bravo’s Paige DeSorbo. He is currently in a relationship with Paige DeSorbo.

Kathryn Dennis is a famous name in the industry. The reality TV star is best known for starring on the Bravo reality series Southern Charm. Since the series premiered, she has also worked as a model and has appeared in publications such as Azalea magazine. She was previously in a relationship with her ex, Thomas Ravenel, with whom she shares two children named Kensie and Saint. A few months ago, she lost the custody battle with ex Thomas Ravenell. She was also dumped again by her ex-boyfriend Chleb Ravenell. So far she is not dating anyone.

Southern Charm was created by Bryan Kestner and Whitney Smith. It is a weekly reality television series with each episode airing weekly. The series premieres today on Bravo.