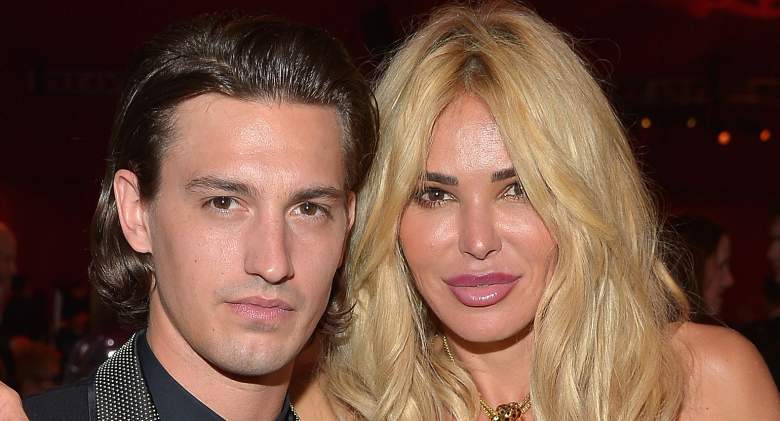 Eagle-eyed fans noticed some odd social media behavior from a RHOBH husband, but it may not be what it seems, a source told Heavy.

According to a source who spoke to Heavy, Monroe doesn’t manage his own social media, although he tweets there from time to time.

“If you check out Asher’s Twitter page, it’s all about love and light and positivity,” the source told Heavy. “And obviously he doesn’t manage his own social media account even though he does tweet and stuff.”

The source reiterated that the likes were meant to be nothing more than a positive and loving message from Monroe to his followers.

“Whoever responds and likes and responds, responds with love,” the source continued. “It was just done wrong because if you like it, you know, it just comes off like you like what’s being said. It was just a miss.”

He just wants to “reply with love, even if there are negative comments,” the source told us. “It came out wrong.”

Also, the source says nothing troubling is happening in the couple’s marriage.

“Diana is his soulmate,” the source said. “I mean, he always talks about how much they love each other and how they respect and admire each other.”

During her appearance on RHOBH, Jenkins said in a confessional that women “should put their money where their mouths are” if they were having issues with Erika Jayne not giving up her $750,000 diamond earrings to help victims of the to pay for the Lion Air crash.

It seems that Jenkins did just that.

On September 7, 2022, Jenkins said she would be donating $100,000 to help victims of the crash and urged her followers to do the same.

“I was unaware of this tragedy until it became a topic of conversation at RHOBH,” she wrote on Instagram. “I have so much compassion for the widows and orphans who are left behind. I know first hand the pain and suffering that comes with the loss of a family member as I lost my brother in the final days of the Bosnian War. I want to do what I can to support these people who have suffered so much. Visit sunelafoundation dot org for more information. #SunelaFoundation #GVNG #RHOBH”

Her goodwill was short-lived when the victims’ attorney blew up her donation.

“While Ms. Jenkins may have good intentions, we do not believe that issuing a press release and soliciting donations from the public without having done the necessary groundwork is an appropriate way to proceed,” Jay Edelson told Page Six. “That said, we hope this isn’t a publicity stunt and reserve judgment until we hear from her direct.”