Sophia Urista: singer who peed in the face of a fan apologizes for pushing the boundaries too far 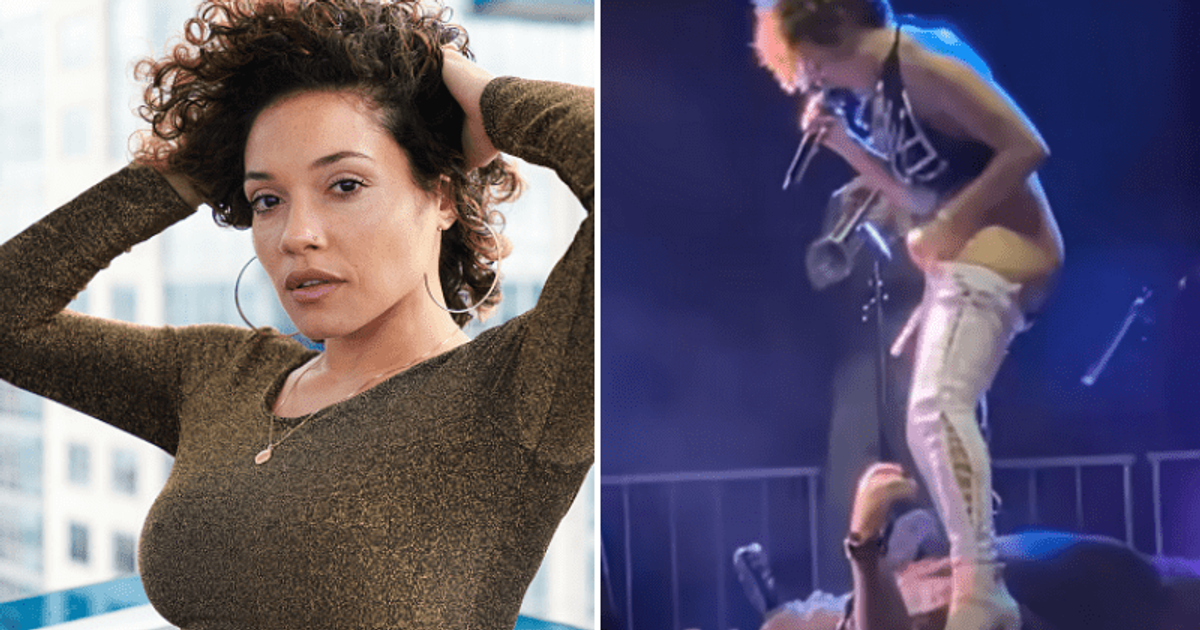 After Sophia Urista’s apology, many actually spoke out on Twitter in support of her

Sophia Urista, former candidate of “The Voice” and lead singer of the band Brass Against, finally spoke about the incident in Daytona in which she peed in the face of a fan and apologized for her actions.

A video of the moment Sophia Urista peed on the fan recently went viral. The ex-candidate of ‘The Voice’ apologized on Instagram and said: “I want to talk about my performance at the Rockville Metal Festival in Daytona.”

“I’ve always pushed the boundaries in music and on stage. That night I pushed the limits, “she continued, adding,” I absolutely love my family, the band and the fans, and I know that some of what I’ve done have been hurt or offended . I apologize to you and I want you to know that I didn’t mean to hurt you. “

The singer concluded her note by saying, “I’m not a shock artist. I always want to put the music in the foreground. I am grateful for all of your continued love and support. “

Brass Against frontwoman’s embarrassing exhibit at the Welcome to Rockville Festival in Daytona recently stunned the crowd. A male fan was brought on stage while the band sang a cover of Rage Against the Machines “Wake Up”.

While the video clip shows him lying on the floor with a can over his head while Sophia Urista unbuttons her pants and bends over his face, it is unclear whether the fan knew what he was brought on stage for

People within a few meters captured the disturbing stunt on camera as it played out.

The man then got up and spat some urine in the direction of the audience. After reactions from fans, the band apologized on behalf of Sophia on social media for the incident. Twitter didn’t lag behind and started responding to the problem. Surprisingly, the fans mostly welcomed Sophia and almost forgave her.

One Twitter user said: “It should have been me.” Another user supported Sophia and said: “The legal steps are clearly frightening you and nobody can really blame you for that, but I hope you know in your heart that you do nothing did wrong! You peed on someone who peed voluntarily. “

One Twitter user commented: “People can be shocked and upset about too many things these days. The bottom line is that he didn’t complain about what happened, between consenting adults, so everyone has to relax and move on, but it’s part of rock history now! “