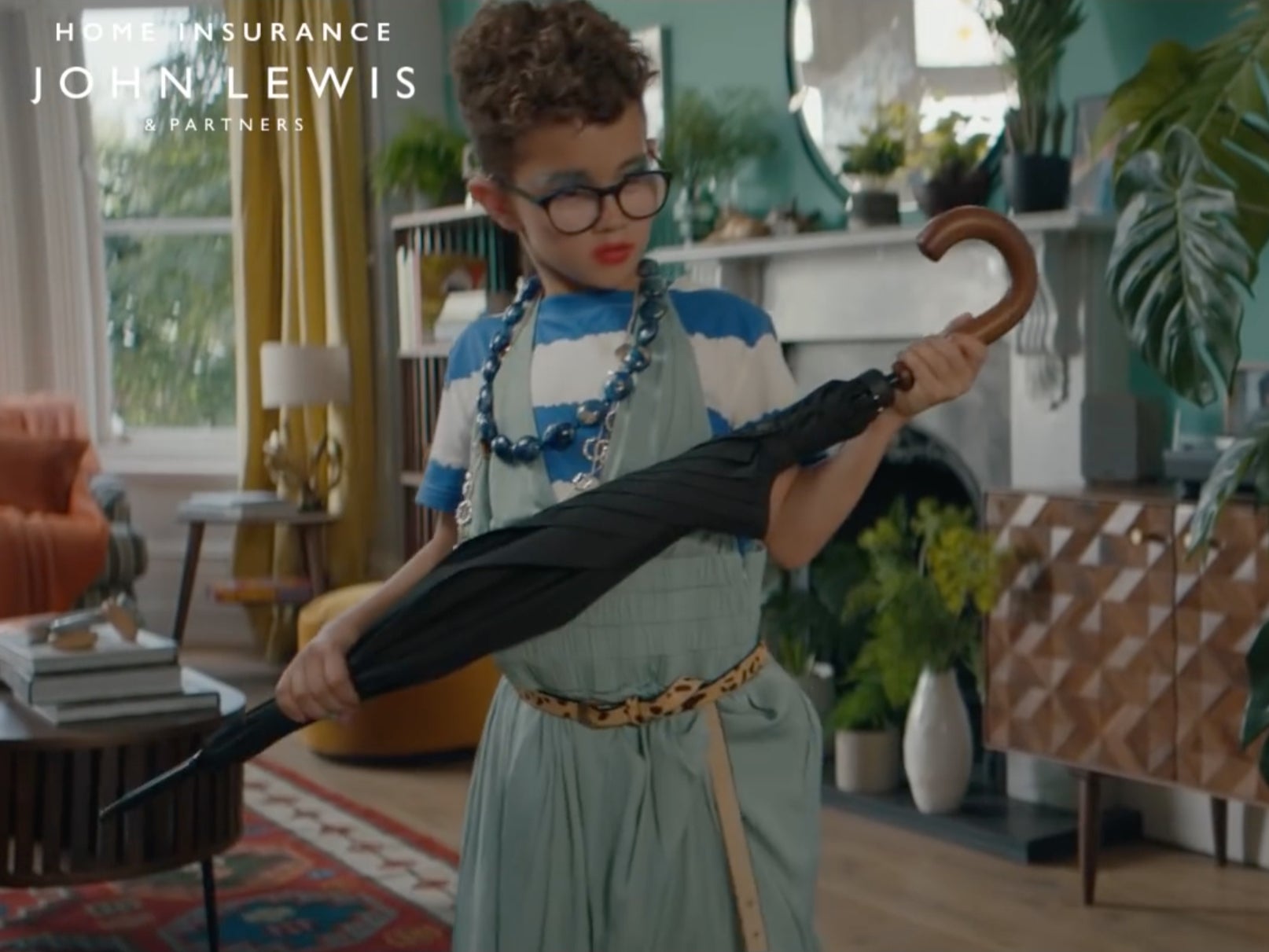 An advertisement for a home insurance from John Lewis, in which a young boy in a dress and makeup is dancing around the house, sparked an unexpected round of Twitter grumbling.

So much was the retailer forced to make a statement.

To be honest, we’re a little baffled that some fun, lighthearted ad got some people out of shape – but they did – the kid in question did some minor damage at home.

“At John Lewis, we believe in kids having fun, and that’s why we chose this playful story for our latest ad,” they said.

“It should show how the young actor can be carried away by his dramatic performance. He does not intentionally damage his home and is unaware of the unintended consequences of his actions.

“If customers had personal accident insurance with our home insurance, it would cover a range of major and minor domestic disasters – including accidental breakages caused by children in the family,” they added.

The ad, entitled “Let Life Happen,” debuted during the Great British Bake Off hiatus on Monday. It showed a young boy in his messy room, surrounded by jewelry and clothes.

Wearing a striped shirt, oversized dress, and necklace, he strips off his mother’s heels as he walks downstairs to dance around the house to Stevie Nicks’ Edge of Seventeen.

During his dramatic performance, he causes chaos throughout the house.

Some viewers used Twitter to criticize the “sexist” ad, saying that it was “narcissistic, destructive, aggressive and misogynist.”

“I saw the sexualization of a male child who imitated the feminized OTT demeanor, who also behaved like a tyrant and vandal …”

However, others couldn’t fault the dealer’s new ad.

“Imagine being a grown adult and really angry, upset, or upset that a little boy in a princess dress is running around the house on a John Lewis commercial, hahahaha,” one tweeted.

While another highlighted the sad but predictable backlash: “People have already dressed up over this boy in the John Lewis commercial ???”