“Sister Wives”: Mykelti talks about growing up “dirt-free” and eating “3-day-old bread” and MREs for dinner 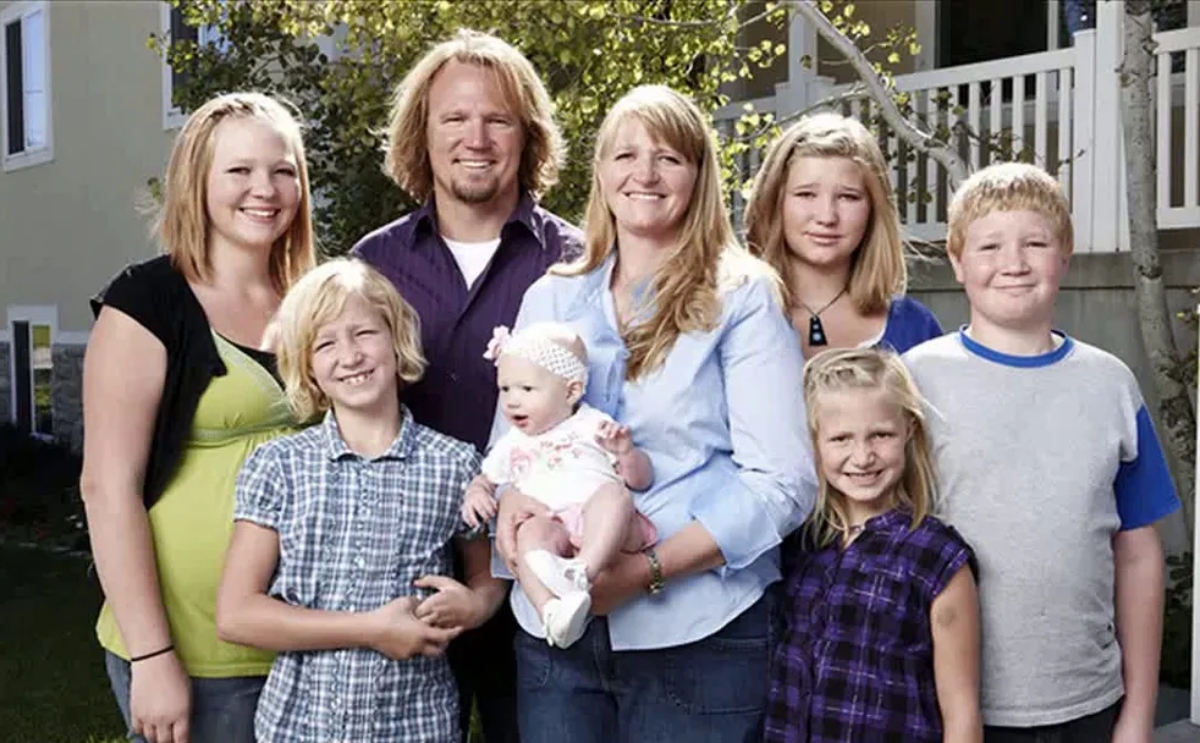 sister wives Stars Mykelti Padron (née Brown) has been open about growing up in poverty, eating “three-day-old bread” and “MREs” for dinner. The 26-year-old daughter of Christine and Kody Brown and her husband Tony Padron have revealed some new information about Mykelti’s upbringing in Wyoming. She said the family was “filthy poor” before signing with TLC sister wives.

On January 18, Mykelti and Tony went live via crowdcast via their Patreon account, where they reacted to the Sister Wives season 17 finale. After the episode, they discussed how there is a separation between the older kids and the younger kids. “I’m sure their experiences were very different,” Tony said.

Tony brought up some stories Mykelti had told him about their childhood when the Browns consisted of four adults and 12 children. “Mykelti tells me stories [from] when they were so poor back then. And she would have hot dogs for dinner,” Tony said.

Mykelti said her family struggled so much financially that sometimes they couldn’t even get that. “Hot dogs? Are you kidding me? We’d be lucky to get hot dogs,” she said on the live stream.

The mother of three revealed she had a difficult upbringing, where sometimes there wasn’t enough money for food.’ We would get bread. Like three-day-old bread,” she admitted. Before the Sister Wives family moved to Lehi, Utah, to a house big enough for all three wives, they all lived together in one house in Wyoming.

“Back in Wyoming my family, my father’s father, owned a ranch and there was a bakery on their ranch. And one of the things that we actually ate a lot that my parents couldn’t afford was the scraps from the bakery. They were the “oldest of the day”. It was the stuff they couldn’t sell. We actually grew up with it,” said Mykelti in the live stream.

She also revealed that another staple for the Brown family were MREs, or meals, supplied by the US military. Mykelti doesn’t know how the family obtained the MREs, but she said her family had a “huge stash” because they were “cheap.”

Mykelti recognizes that the older Brown children, or thesister wives have a different experience than the children born after the family began receiving TLC paychecks.

In the podcast Year of Polygamy Podcast, Kody’s nephew Benjamin Brown, started work at the bakery on the family’s Wyoming ranch. Subsequently King Benjamin and a History of the AUBwhich aired June 21, 2022, he called the ranch a “Mormon polygamist compound” and revealed some of the dark secrets.

According to Benjamin, there could be 20 to 30 people on the ranch at any one time, mostly children, all of whom were homeschooled. The family are members of Mormon fundamentalist offshoot Apostolic United Brethren (AUB) and did not trust the outside world.

Benjamin revealed that the Brown family then started a bakery to continue their land acquisition quest. But fearing that outsiders or “gentiles” might come to the ranch, they hired their young children to do the work.

Kody’s nephew was just eight years old when he started working in the family bakery and ran the shop when he was 14.

Benjamin worked in the bakery making “25 cents an hour”, 6 days a week, sometimes 15 hour days. Browns transported the bread to Yellowstone National Park to sell to tourists. And so Benjamin said that in midsummer they would bake over 2,000 loaves of bread a day.

According to Mykelti, the ranch is still in the family. Since Kody’s father, William Winn Brown, died, the ranch has been passed down to Kody’s brother and brother-in-law.

It is interesting to hear about Mykelti’s experience growing up as a child of plural marriage. The further the adult children detach themselves from the family and sister wives, the more honestly they can talk about their experiences.