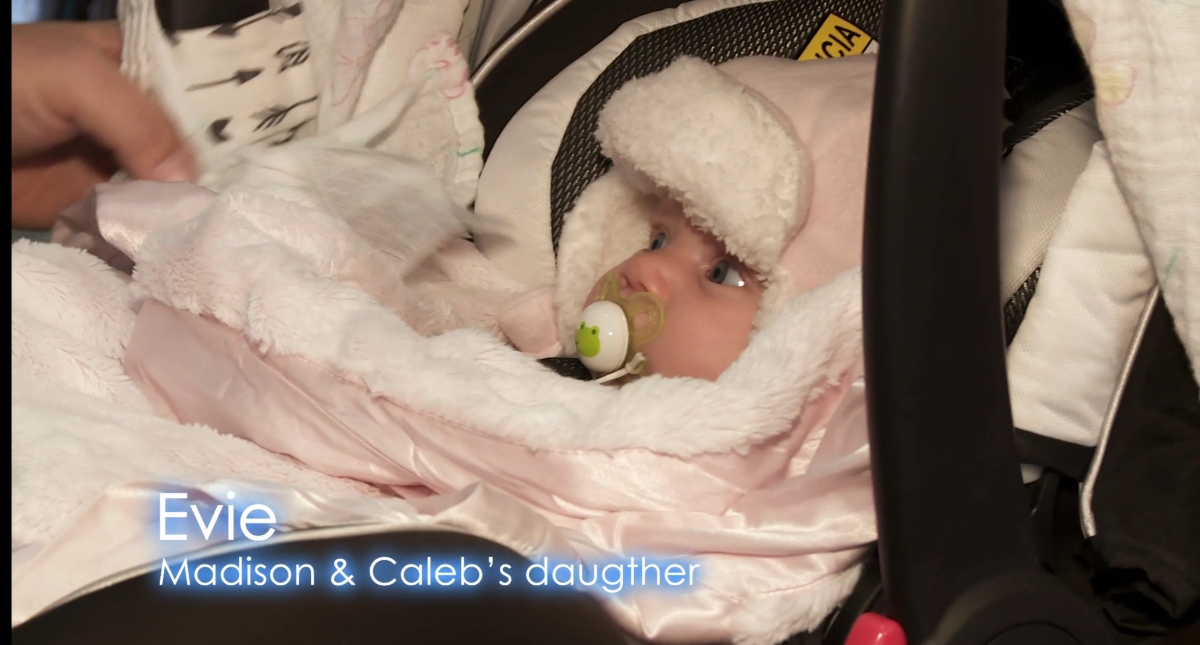 Madison and Caleb’s daughter, Evie, has FATCO Syndrome (Fibular Aplasia-Tibial Campomelia-Oligosyndactyly Syndrome), which means she was born with missing bones in her hands and toes.

“Evie K was born with a genetic grouping of symptoms that’s basically called FATCO and it just means there are differences in the limbs. She has limb differences on her right hand and left leg,” Janelle explained.

Madison found out about Evie’s genetic condition “early” in her pregnancy. During Madison’s 26-week ultrasound, doctors couldn’t count all 10 fingers. At birth, they found Evie was missing three fingers, a toe and her fibula. She also had a curved shin, a shortened forearm, and some webbed fingers.

During Madison’s home birth of Evie, there were complications with the baby’s lungs, which led to an ambulance rushing the baby to the hospital. After three days, Evie was discharged from the hospital. And the family could relax knowing their granddaughter would make it.

in the sister wives Season 15 Episode 1, Madison and Caleb visit Flagstaff, Arizona for the first time with their two children, Axel Brush and Evie. The proud parents showed the excited family their daughter for the first time.

Breanna’s facial expression changes immediately as she sees Evie’s condition and sees her opening and closing her hands. Breanna appears to be asking Madison about Evie’s hands, prompting her to tell the family, “Oh, if anyone doesn’t know, she has a syndrome called FATCO Syndrome. She’s missing bones.” Evie’s father Caleb adds: “And fingers. And toes.”

In a discussion about how Robyn’s daughters treat people in the family sister wives subreddit, one fan pointed out the moment when then-16-year-old Breanna reacted to Evie.

The fan wrote: “When Maddie brings Evie over to meet the family, Breanna can be seen looking visibly uncomfortable, closing and opening her hands as she stares at Evie. It’s so unacceptable.”

What shocked one fan was that Robyn didn’t open up about Evie’s condition before they arrived. They commented, “It seemed obvious to me that Breanna didn’t know. THAT was a shocking thing to me. Kody and Robyn clearly knew about this and knew Caleb and Maddie were coming, so why not tell their kids before they met Evie? I thought that was funny.”

During the sister wives Seasons, Robyn’s eldest daughters Breanna and Aurora, were called out for their insensitive reactions to other family members. Another of those moments was when they called Breanna and Aurora “mean girls” for their comments about Janelle and Savannah’s semi-trailer they lived in.