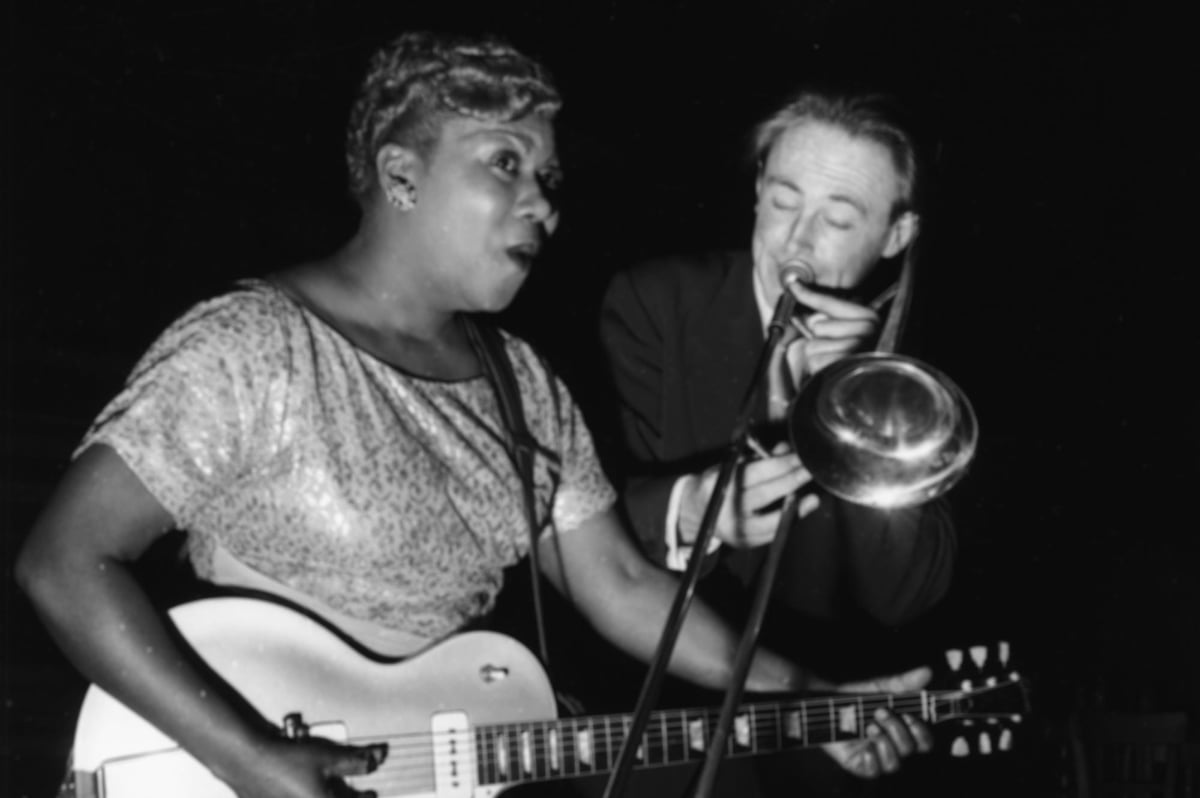 Elvis Presley is the perfect subject for Australian film director Baz Luhrmann. Not only because the opulence of Presley’s showmanship and Lurhmann’s signature visual style are a perfect match, but because The Presleyverse itself is not about Elvis Presley. It’s about the idea of ​​Elvis, the great myth Elvis – and Luhrmann deals with great myths.

What this particular myth is about is the inspirational story of a white man and how he changed everything – what it’s never about are the black women singers and musicians who paved the way.

And indeed she had. Born in Arkansas in 1915 to a family of sharecroppers, Tharpe spent her formative years in the musical world of the Church of God in Christ, a Pentecostal church with a largely African-American congregational base.

Pentecostal churches in general have been central to the development of gospel music in the United States, most prominently among black congregations but no less among white Pentecostals, and actively encouraged the passion and passion that music could inspire in a congregation.

In this context, the young Rosetta learned to play the guitar and to inspire people through music. Tharpe quickly earned a musical reputation in the Chicago religious community, and at age 19 she moved to New York City, where her performances expanded into the popular sphere. Throughout her career she has moved seamlessly between the sacred and secular music worlds and has enjoyed great success in both.

Tharpe’s vocal performances walk the line between speech and song and are a clear testament to a life spent listening to charismatic preachers. It’s the very vocal choreography that rock ‘n’ roll was built on. Her guitar performances pioneered distortion and string bending techniques on emerging amplified instruments, the use of which was championed in her earliest years by another woman, Memphis Minnie.

In Tharpe’s groundbreaking technique, we can hear the direct sonic ancestors of the canonical guitarists of popular music history, players whose ancestry is much more commonly attributed to male guitarists like Muddy Waters, Chuck Berry or BB King.

The displacement of women from music history is nothing new. Bach, Mozart, Schumann, Mendelssohn and Mahler could attest to that – Anna Magdalena, Marianne, Clara, Fanny and Alma – the wives or sisters of the more famous male classical composers, I think. There’s even a scientific name for the specific phenomenon Memphis Minnie and Sister Rosetta were subjected to: the “Matilda Effect.”