Singer-songwriter Marie Naffah: “I like to find magic in the everyday” 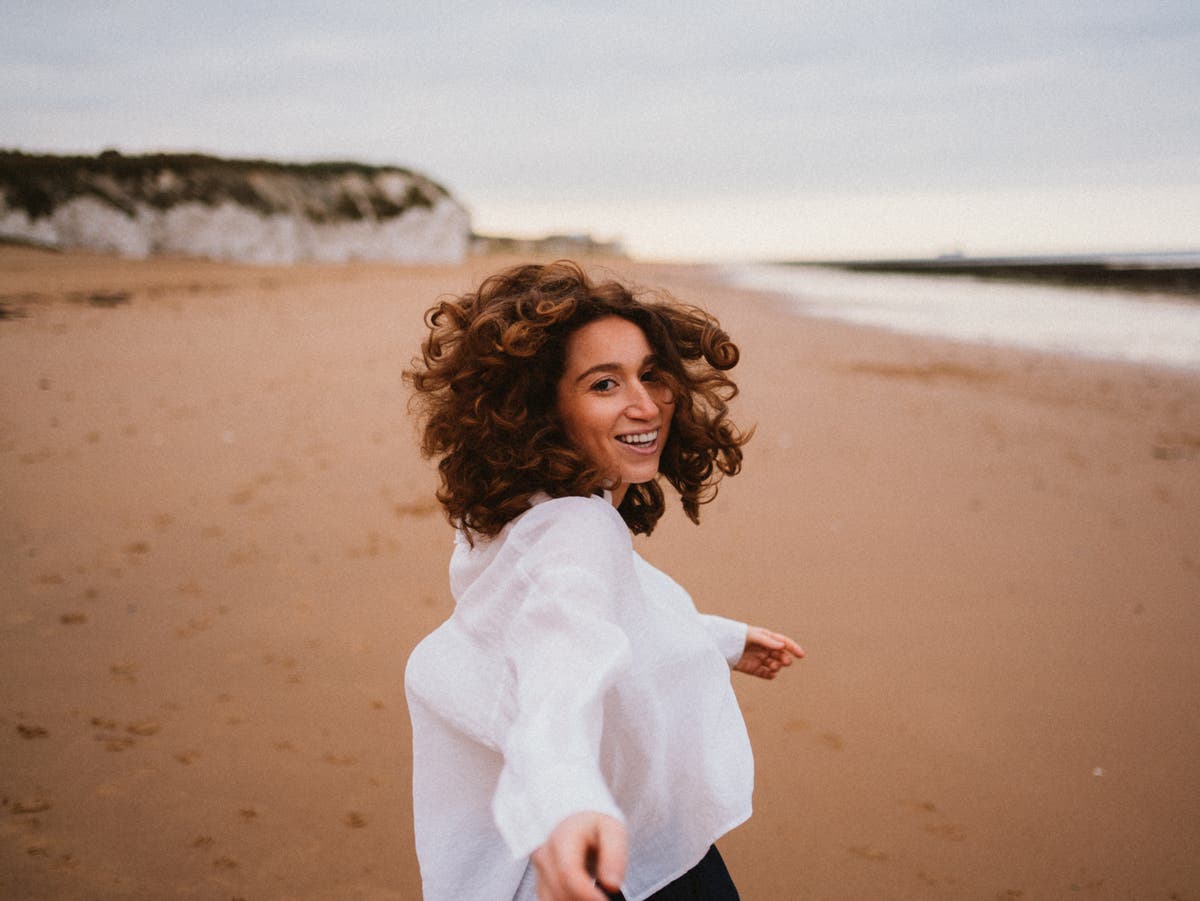 Ennui is the currency of many great songwriters. Bob Dylan wanted to “say goodbye and be gone in the night”. Iggy Pop was sick of all the stiffs and all the dips. Harry Nilsson dabbled in visions of “sailing on a summer breeze and skipping like a stone across the ocean”. Tracy Chapman dreamed of fast cars and getting out of here. West London artist Marie Naffah embodies the same inner need to escape the stuffy city and explore the unknown.

She was 14 when she wrote her first song about an imaginary heartbreak (she hadn’t experienced the reality). Before that it was poetry: “It wasn’t until I started writing that I found a way to express myself,” says Naffah, sitting in a sun-drenched pub garden in Folkestone, Kent. Now 29, she’s mastered the kind of hauntingly lyrical style that puts you in their shoes and then tells you to run with them.

“Life can be bigger,” she urges on “I Want More,” the opener of her latest EP. Trains. Percussion kicks in, counting down the seconds while a guitar line insistently pushes against the shore like the tide. On “Run Away With Me,” she resents the days “we’re wasting inside on a gray cloud night” and instead suggests, “We could be carefree or we’d do the Bonnie and Clyde thing.”

Storytelling is the backbone of Naffah’s music. On last year’s single “The Cage” she wove surrealistic imagery with a classic tale of restlessness: “It’s dark and it’s dear/ And we’ll live with the fear in our face/ In a cell of wanderlovers/ Trapped under the cover der Eile .” The song moves along an East Asian-influenced guitar melody, a swinging bass line and airy percussion. For the hazy “California,” Naffah sings with her low purr reminiscent of Carly Simon or Carole King, along with contemporaries like Sharon Van Etten and Marika Hackman.

“There was a respectful tribute to the music in my house,” she recalls. “Artists like Jackie Wilson, Tracy Chapman, Bob Dylan … My dad liked to put on a record and just sit back and listen to it all the time.” Kind of interested in artists who can tell stories, who can just be on stage and win over an audience.”

Naffah studied art history at the Courtauld Institute of Art and began playing live shows in London around the same time. “I started falling for love, drank a lot of cheap wine,” she grins. Like countless itinerant musicians before her – from Dylan and Jimi Hendrix to Davey Graham – she took up a residency at The Troubadour: “I’ve met a lot of musicians and built my confidence in this amazing community of like-minded people.” In her sophomore year at university she won MTV’s Unsigned Artist of the Year award, sparking a surge of interest from major labels. But even they couldn’t pin her down. “Looking back on it, I just didn’t really know what I stood for,” says Naffah. “[The labels] were so image focused they were like, ‘You can wear a skirt and these heels and straighten your hair…’ And I remember thinking, ‘None of this feels right.’” She didn’t sign any of them, she did instead chose to complete her studies while writing and recording new music.

Finding the right producer was an opportunity to put her peripatetic tendencies to good use. Naffah traveled to New York in 2018 before jumping to Indianapolis with the 10 Hour Greyhound. She had heard about the perfect studio for anyone wanting to get their message out to the world. “It was a converted post office,” she says, laughing, recalling how the owners brought out “these incredible session players.” It was there that Naffah recorded early releases, including “Let Me Wilt,” a beautifully crafted blues number with dazed Hammond organs and a swaying Chrissie Hynde meets Joe Cocker-esque delivery. Since then, Naffah has tried to fuse an Americana blues sound with something more contemporary, London – something she’s found success with Trains.

Collaboration with producer Ian Barter, known for his work on albums such as Amy Winehouse’s debut Frank, Naffah found themselves walking a tightrope between hopeful and melancholic songwriting. “I want the audience to feel understood and seen,” she says. “Everyone has bad days – but let’s not indulge in total sadness all the time.” On “Good Luck (Mrs Tambourine Ma’am)” she contrasts the visceral reality of the wildfires caused by the climate crisis with the fickleness of the music industry and things like that seemingly insignificant things like the return of the VHS cassette. “There’s a certain level of individual autonomy that I think is important in my work,” she says. “I like to find the magic in the everyday.”

The Trains XP is available now