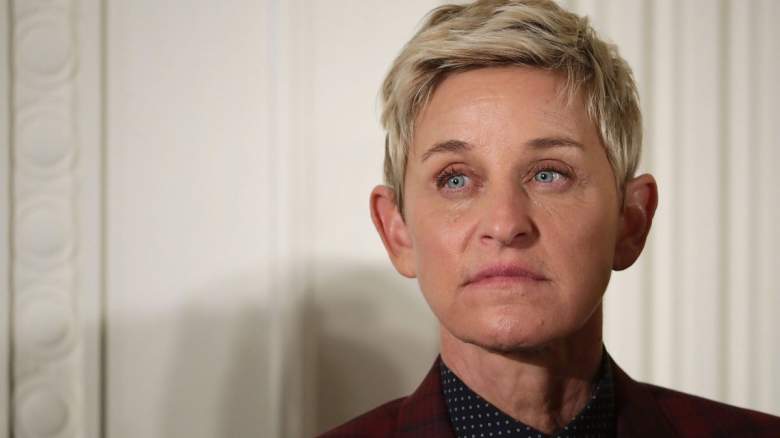 When Ellen DeGeneres left American Idol after just a year as a judge on the show, she said in a statement she wanted to continue “discovering, supporting and nurturing young talent” rather than judging and “possibly hurting her feelings.” But a young singer she took under her wing at the time now claims in a scathing interview that he experienced exactly the opposite with DeGeneres, calling her “insanely manipulative.”

In connection with the release of his new album, Palladium, singer Greyson Chance sat down for a stunning interview with Rolling Stone, which was released on September 22, 2022. In it, Chance said DeGeneres promised that she would be the guardian and mentor he needed in the entertainment industry. Instead, he now says that working with her was traumatizing.

In early 2010, a video went viral of 12-year-old Chance performing Lady Gaga’s hit song “Paparazzi” in a talent show. The producers of The Ellen DeGeneres Show whisked the Oklahoma sixth grader and his mom to Los Angeles to appear on the show. DeGeneres surprised him with $10,000 and a new piano, but behind the scenes, she promised more.

Between hosting her talk show and appearing on American Idol that year, DeGeneres formed her own record label — dubbed elfeleven — with Interscope Geffen A&M Records, and signed Chance as her first artist. He told Rolling Stone that she said, “I’ll protect you. I will be there for you. We can do that together.”

Initially, DeGeneres was very engaging and supportive, he said, hiring high-profile managers who had worked with Lady Gaga and Madonna. She also got him a big booking agent, a publicist and a branding agent. In October 2010, just five months after signing to her new label, the tween released a mini-EP of songs and hit the road, touring the US and Canada, as well as London and Paris.

Chance told Rolling Stone that DeGeneres was “really invested” but had also become “domineering and way too controlling.”

So much so, in fact, that Chance told Rolling Stone, “I’ve never met anyone more manipulative, self-centered, and blatantly opportunistic than her.”

In an interview with Rolling Stone, Chance gave examples of when he thought DeGeneres was being too controlling, such as watching a preview video of an upcoming network performance. She didn’t like it, he said, so he and the team had to completely remake it.

“If she had any opinion, the whole thing changed,” he said, adding that a message from her could change his plans for a day or a month, as needed. “It was awful,” he said.

Chance’s mom, Lisa, recalled times when DeGeneres “searched his clothes” and “checked a little” on what the tween was wearing. One rule was that, given DeGeneres’ commitment to veganism at the time, he was never allowed to wear leather.

“She walked in and looked at a boner, yelled at stylists, berated people in front of me and said, ‘This is what you wear on the show,'” Chance recalled. “She just demeaned people.”

As the opening act for Miranda Cosgrove’s tour, Chance received an advance copy of the documentary “Never Say Never” about Justin Bieber, who was a friend of the comedian. DeGeneres wanted Chance to watch and replicate his career like Bieber’s, but the tween said he was too exhausted from the tour to watch right away.

“I’ll never forget that,” Chance told Rolling Stone of the moment DeGeneres called his mom about the Justin Bieber video. “I just remember being on the other side of the phone just yelling (and) swearing, ‘What kind of mom are you? Do you realize that I went to great lengths to get this for you and he can’t sit down and look at it?'”

Lisa also remembers this day. She told Rolling Stone, “I don’t remember exactly what she said, but she scolded.”

By 2012, Chance’s music and concert tickets began to dwindle. In November of that year, he released his second album on the elfeleven record label, Truth Be Told, Part 1, but when it didn’t take off, he said DeGeneres “completely let him down.”

The record label dropped him. And the team that originally hired her — his agent, his publicist, and his management team — all disappeared. Chance told Rolling Stone he tried to reach DeGeneres but she never called back. He eventually decided to give up the music business for a while and focus on school.

However, DeGeneres invited him — through producers — to appear on her show several more times, and acted like they still had a great relationship on air.

“Whenever I came on the show, it was such a fake smile,” he said. “She wouldn’t even ask, ‘How are you? How are you?’ It was just like, ‘Here’s what we’re going to talk about. See you there.”

In 2019, Chance appeared on the show, which he called “a place of active trauma for me,” knowing it would be a good showcase for his first album in years, titled Portraits. He played along with their merry banter, but deep down it felt awful and inauthentic.

He was also upset that DeGeneres shared how proud she was of him for coming out as gay two years earlier.

“She had nothing to do with it,” he said. “I haven’t spoken to her in years… This is so screwed up that you’re now showing the world like we’re so close. we are that good And behind the scenes you are this insanely manipulative person.”

Chance, now 25, was clearly so hurt by the whole experience that he refused to appear one final time for the final two weeks of their May 2022 show. His mother, meanwhile, said she realized it was just business at DeGeneres.

“I think Ellen is a business woman. And if something doesn’t go her way, she will put an end to it because it’s a business for her,” she told Rolling Stone. “It’s not warm and fluffy. I don’t think she invited people to be a part of her life or to take someone under her wing like she did when she didn’t want something to come of it. If she didn’t move fast enough, she would start shutting us down or shut us out.”

Rolling Stone also spoke to Emily Luther, who DeGeneres also signed to her record label alongside Luther’s friend — and now music superstar — Charlie Puth. Luther said her experience with DeGeneres was similar to Chance’s and said the star let her and her family down.

“She’s someone who wants to be in control of things and doesn’t want to take advice from people who might know a little bit more about how to do things,” Luther said of DeGeneres. “She wants to be the one who gets the fame.”

Puth, who left DeGeneres’ record label within a year of signing with her, didn’t take part in the Rolling Stone story, but he did appear on one of her last shows, where she credited herself with the honor of spotting him to have.

“I say it all the time, I discovered you,” she told him on the show. “I take note of your entire career.”

“You did,” Puth said unenthusiastically as he looked at the audience. “Clap your hands for them. She did.”