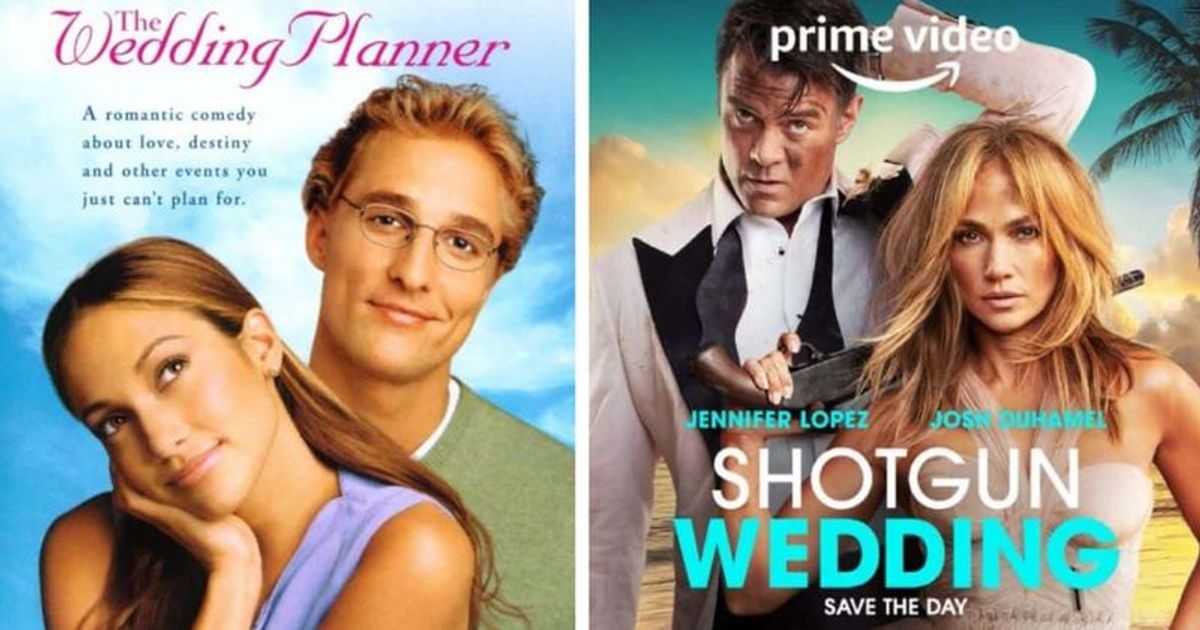 LOS ANGELES, CALIFORNIA: Jennifer Lopez has always stunned as a bride, whether it’s when she recently married ‘Gone Girl’ actor Ben Affleck or when she first appeared on screen as a bride in ‘The Wedding Planner.’ However, Miss Lopez, the singer of ‘Jenny from the Block’, will be starring again as a bride in the upcoming Prime film, although it is not certain if she will get married in the film.

Lopez first came to film in 1997 when she starred in the biographical musical drama “Selena,” based on Selena Quintanilla-Perez. The biopic is based on the true story of Tejano music star Selena Quintanilla-Perez, who chronicles her rise to fame and her tragic death when she was murdered by Yolanda Saldívar at the age of 23. Also, the film was re-released last year in Select theaters in April 2022, which coincides with the film’s 25th anniversary. Still, read on to learn more about every wedding movie Jennifer Lopez has starred in.

The film’s official synopsis reads, “As she celebrates her newest and most lucrative account. The wedding of internet tycoon Fran Donelly (Bridgette Wilson-Sampras), Mary (Jennifer Lopez) is rescued from a near-fatal collision with a runaway dumpster by a handsome man, pediatrician Steve Edison (Matthew McConaughey). After spending the loveliest night of her life together, Mary thinks she’s finally found a reason to believe in love. What she doesn’t know is that Cupid and her career are going to clash head-on.”

After 2001, Miss Lopez starred in “Monster-in-Law” in 2003. Robert Luketic’s film was a huge hit when it was released. Written by Anya Kochoff, the film starred Jennifer Lopez, Jane Fonda, Michael Vartan and Wanda Sykes. It marked a return to cinema for Fonda, her first film in 15 years since Stanley & Iris in 1990. The film received negative reviews from critics, who praised Fonda’s performance but panned the script and performance by Lopez. “Monster-in-Law” was a huge box office success, grossing $154 million on a budget of just $43 million.

The official synopsis for the film reads: “Charlotte (Jennifer Lopez) is smitten when she sees Dr. Kevin Fields (Michael Vartan) scores. So when Kevin pops the question after they met, Charlotte happily accepts. But she soon realizes that Kevin’s mother, Viola (Jane Fonda), isn’t exactly thrilled about having a new family member. Viola, a news anchor, just lost her job and feels quite attached to Kevin, so she considers Charlotte her new competition — and apparently will do anything to get her son to call off the wedding.”

Directed by Kat Coiro and scripted by John Rogers, Tami Sagher and Harper Dill, the romantic comedy is based on Bobby Crosby’s 2012 graphic novel of the same name. Lopez also stars ‘Marley & Me’ actor Owen Wilson to see the main roles. Lopez is cast as Kat Valdez, a pop star who decides to marry Charlie Gilbert (Wilson), a math teacher with a “marry me” sign, after learning that her groom Bastian (Maluma) is having an affair on stage would have. Also starring are John Bradley, Sarah Silverman, Ricky Guillart and Chloe Coleman. The film, starring Wilson, received mixed reviews from critics and grossed $50.5 million at the box office. In addition, “Marry Me” also became the most-streamed day-and-date title on Peacock.

This will be a new addition to Lopez’s already sizable wedding film catalog. Directed by Jason Moore with Mark Hammer, the film stars Jennifer Lopez, Josh Duhamel, Sonia Braga, Jennifer Coolidge, Lenny Kravitz and Cheech Marin. The premise of the film revolves around Tom (Josh Duhamel), Darcy (Jennifer Lopez) and their lovable but very opinionated families gathering for the ultimate destination wedding. Regardless, when the couple gets cold feet, the wedding party is held hostage and the couple must work together to save their loved ones if they don’t kill each other first.

Shotgun Wedding is scheduled for release on January 27, 2023 by Amazon Studios via Prime Video