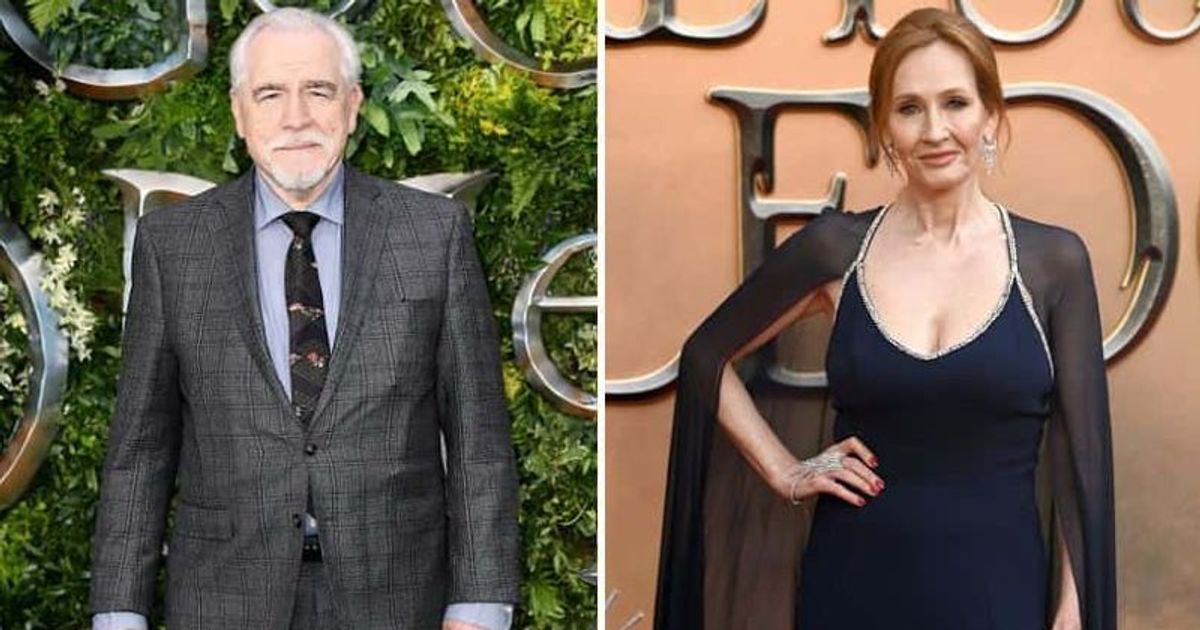 LONDON, UK: ‘Harry Potter’ author JK Rowling, who is under constant fire for her controversial views on the transgender community, has received support from veteran actor Brian Cox. The actor, best known for playing the ruthless media boss on HBO’s Succession, shared his thoughts with Laura Kuenssberg on a BBC show on Sunday. Cox, 76, claimed Rowling was unfairly criticized and stressed that she “is entitled to her point of view”. The author faced backlash after liking a 2018 tweet that referred to transgender people as “men in dresses.”

“Actually, I don’t like the way she was treated. I think she’s entitled to her opinion, she’s entitled to say what she feels,” said Brian Cox. He then cited Rowling’s gender to defend her remarks. “As a woman, she has the right to say how she feels about her own body. There is no one who can say that better than a woman. So I feel like people were a little bit high and powerful about their own take on JK Rowling, honestly,” added Brian Cox.

The actors who portrayed Rowling’s Hermione Granger and Harry Potter in the film adaptations, Emma Watson and Daniel Radcliffe, have previously criticized the author’s remarks. Sebastian Croft, who starred in Heartstopper, last week addressed criticism of his future appearance in the Harry Potter video game Hogwarts Legacy. The 21-year-old actor, who has frequently supported the LGBTQ+ community, claimed in a Saturday tweet that he approved of the film “long before he knew Rowling’s views.”

Hogwarts Legacy is an action role-playing game set 100 years before JK Rowling’s Harry Potter books. It was announced this week that Croft would be providing the voice of the game’s playable character ahead of its February release, prompting anger and controversy.

Croft tweeted in response: “I was cast on this project over 3 years ago, back when all Harry Potter meant to me was the magical world I grew up with. That was long before I was aware of JK Rowling’s views. I believe with all my heart that trans women are women and trans men are men.”

“I know a lot more now than I did 3 years ago and I hope to learn a lot more in the next 3 years. I am really sorry for everyone who has been hurt by this announcement. There is no LGB without the T,” he added.

Following the outcry following the March 2018 “Men in Dresses” fiasco, Rowling sent a tweet on June 6, 2020 in response to a headline referring to “people who are menstruating,” which drew more criticism than it was misinterpreted Attack on the trans community.

Rowling responded with an essay posted online on June 10, 2020, in which she claimed her interest in transgender issues stemmed from her experiences as a victim of abuse and her concerns about same-sex environments. “I’ve been in the public eye for over twenty years now and have never spoken publicly about being a domestic violence and sexual assault survivor,” Rowling wrote. “It’s not because I’m ashamed that these things happened to me, it’s because it’s traumatic to look back at and remember them.”