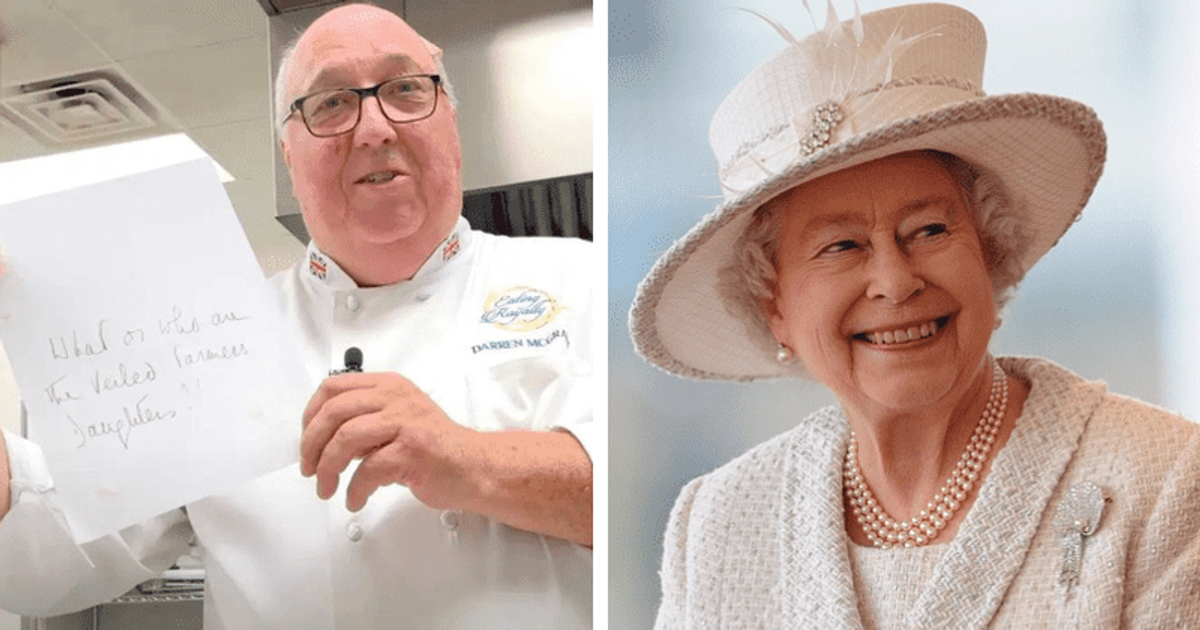 LONDON, UNITED KINGDOM: Darren McGrady’s dishes have wowed Queen Elizabeth II, Princess Diana, King Charles and Princes William and Harry. The 60-year-old chef, who worked for the Royal Family from 1982 to 1993, claimed the Queen is not as adventurous when it comes to food as King Charles was. She would often eat the same dishes. So if a new dish was to be added to the menu, the monarch had to approve the recipe first. When McGrady decided to serve her the classic Veiled Farmer’s Daughter, the effects were pretty weird.

The dish was returned to the kitchen almost immediately after it was served. Not only was the queen confused by the name of the dish, she had not been informed of the ingredients beforehand, as the protocol said. Darren McGrady revealed this humorous incident on his YouTube channel.

When ‘Veiled Farmer’s Daughter’ was sent back to the kitchen, McGrady got a handwritten note from the Queen that read, “What or who are the Veiled Farmers Daughters?!”

McGrady told LADbible, “With the Queen, she stayed with the same courts most of the time. When we bought a new item on the menu, we wrote it on the menu, sent it to the Queen, and then she could choose whatever she wanted. If we had a new prescription, we actually had to send the prescription to the Queen.” He said that when he got the message he rushed upstairs to see what happened. As a result, it came back with the note .

The recipe for the Norwegian dessert consists of strawberries, oranges, cinnamon, crumble. It is served in a sundae. “The Queen communicates with her chefs through a red leather-bound menu book called The Menu Royale, and there the chefs suggest breakfast, lunch, afternoon tea and dinner, and the Queen actually chooses what she would like for that meal. That way the chefs can gather food in and prep everything, and we usually get about three days’ notice,” McGrady said on his YouTube channel.