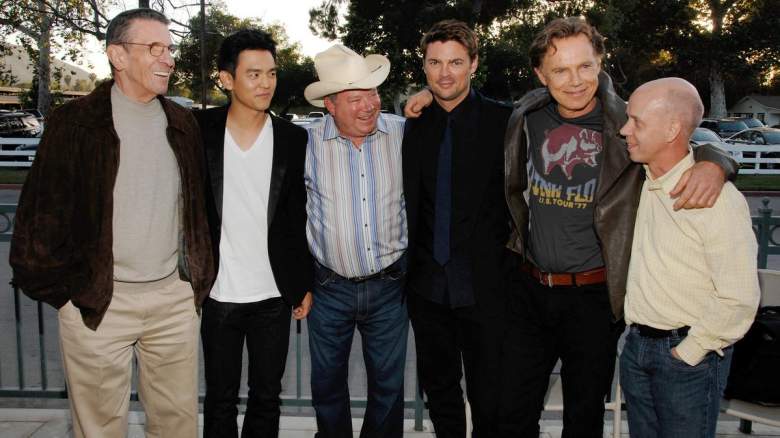 The 2022 Hollywood Charity Horse Show will be held at the Los Angeles Equestrian Center in Burbank, California. This year, Shatner himself will be headlining an evening with William Shatner, which will “feature stories, Q&A and fun, all benefiting the charity.” Individual tickets are $400 and tables of 10 are available for $4000. Single dinner tickets include admission, dinner, a photo opportunity at the table with Shatner, and an autographed article. According to the event’s website, this year’s beneficiaries are A Place Called Home, AHEAD with Horses, Blind Children’s Center, Caterina’s Club, Children’s Hospital Los Angeles, CRE Outreach, Dream Catcher of LA, ELSA, Friendly House LA, Friends & Helpers , Hollenbeck Police Activities League, Painted Turtle Gang Camp Foundation, Pets for Vets, Saddles for Soldiers, Village Family Services, Wright Foundation for Pediatric Ophthalmology and Strabismus.

“We’ve raised millions of dollars for charity,” Shatner told StarTrek.com in 2014, the year Wynonna Judd starred. Other headliners included Brad Paisley, Ben Folds, Lyle Lovett, Willie Nelson, Sheryl Crow, Randy Travis, Vince Gill and Neal McCoy. In 2009, at the 19th annual event, Shatner was joined by several Star Trek (2009) stars and filmmakers including Leonard Nimoy, John Cho, Karl Urban, Bruce Greenwood, Chris Pine, Zachary Quinto, Clifton Collins Jr ., JJ Abrams, Roberto Orci, and Alex Kurtzman. “We typically raise between $300,000 and $400,000 a year and I’ve been doing this for (more than) 30 years, so it’s the millions of dollars that we’ve raised. If people go to www.horseshow.org, they can donate $1 or $5 or $10 even if they can’t come to the show. Every penny goes to the charities. We have a private donor who takes care of the expenses. So every dollar goes directly to children and veterans.”

According to the Hollywood Charity Horse Show website, Shatner first saw a show of children in the late 1980s who had physical problems so severe that some of them could not hold their heads up, but there they performed complicated exercises on horseback of a horse. “The program was sponsored by AHEAD with Horses, a therapeutic horseback riding group for disabled children,” the about page explains. “When the exhibition ended, Shatner sat, deeply affected by what he had seen. “You can’t watch these kids without knowing that you have to help somehow.” And so, in March 1990, the first Hollywood Charity Horse Show was born. Other charities in need soon followed, small, down-to-earth charities doing big jobs.”