“Shark Tank” season 14: why not a shark but Robert Herjavec was ready to invest in ActionGlow? 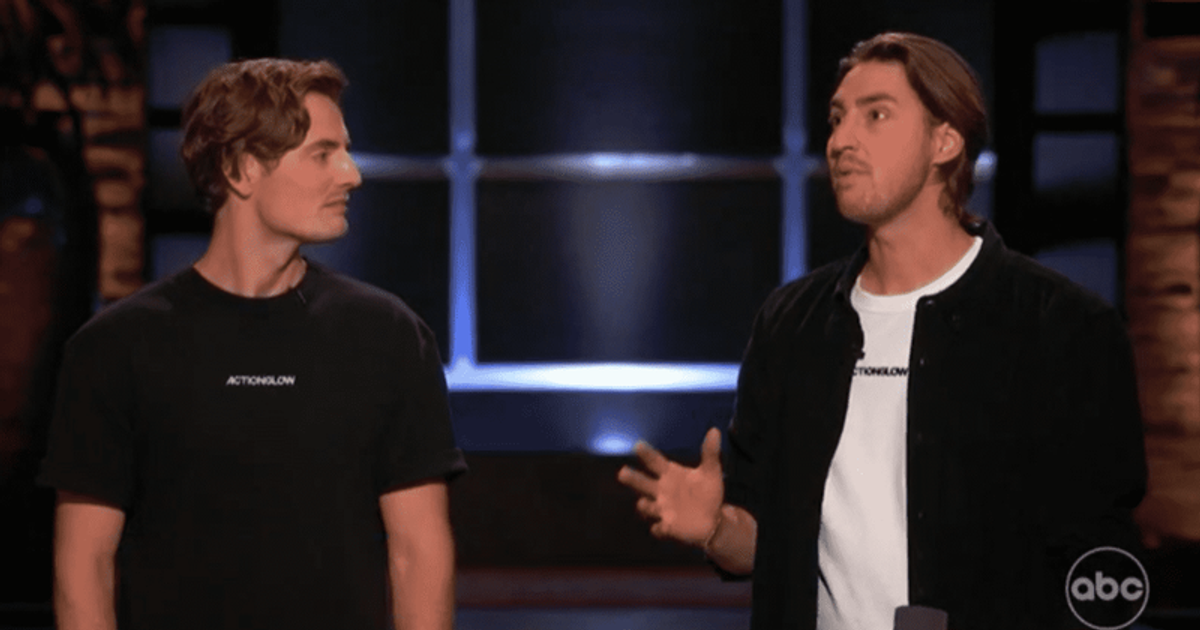 LOS ANGELES, CALIFORNIA: Garrett and Dakota Porter, brothers and co-founders of ActionGlow, flew to the set of “Shark Tank” from Traverse City, Michigan on November 18 to demand $200,000 in exchange for 15% stock in their company. Though the Sharks were impressed to learn how long they’ve been trying to get on the show, it was a whole different story when it came to investing in the company.

The two brothers, who describe themselves as “action sports junkies,” tell the Sharks they’ve been snowboarding since they were kids. As teenagers, they made a living from sports and because the sun went down so early in winter, they snowboarded a lot at night. Since the activity got boring after sunset, they developed ActionGlow. ActionGlow is an aftermarket LED lighting system for sports equipment. It allows consumers to show off their individual style while providing a layer of protection. The brothers also mentioned that in recent years, top athletes and action sports fans around the world have turned to ActionGlow for their night riding excursions.

ActionGlow currently offers eight different uses ranging from snowboarding to surfboards. The fact that ActionGlow can be applied in 5 minutes was rated as the best feature. The brothers also said they wanted to sell their company to the Sharks when they were teenagers. They also aired a video montage filming themselves for the show in 2012 when they were just 16 and 13 year old boys. The sharks seemed thrilled to see that the brothers had worked hard all these years and could finally make it. ActionGlow was founded in 2012 and received its full utility patent in 2016.

Shark Kevin O’Leary, who seemed intrigued by the deal, asked the brothers if the product would only come in one color or if it could be customized. The brothers informed him that their system currently only has one static color, so they came to the show seeking help in realizing their goal with their second generation product, ActionGlow 2.

In terms of sales, the brothers told the Sharks that developing a $49 product cost them about $15. Her lifetime sales of hand-assembled ActionGlow devices totaled $130,000. They also stated that half of those sales were made in the last two years alone, after they graduated from college and decided to spend more time growing their business. They grossed $32,000 in 2021. In 2022 they were at $22,000 (at the time of writing) but they had yet to hit their biggest quarter and their biggest quarter is clearly Q4 during the holiday season when they estimate 40-50% of their sales are coming off.

Hai Robert Herjavec asks the brothers how they sell their wares, to which the brothers respond that word of mouth is their main source of income and no money is spent on marketing. They sometimes use social media. They tell the sharks that they have received orders that they cannot fulfill as they have to make, pack and ship them. Additionally, they worry that if their TikTok goes viral, they might not be able to meet demand. Shark Barbara Corcoran was stunned when she saw entrepreneurs who didn’t want their business to be popular on TikTok and ended up calling them “insane.”

Kevin tells the brothers that he had already come up with a product called Illumibowl that was hugely popular until imitations appeared. Despite their efforts to innovate, counterfeits of their items continue to appear on the market. Kevin believes the brothers must guard their patent like a hawk because he has had to continue suing individuals in the Illumibowl case. He thinks ActionGlow is a fantastic product but also thinks the challenges are enormous. Therefore, he retires from the ongoing investment in the business.

Shark Lori Greiner loves ActionGlow, but the company seems too small to invest in her. She also withdraws. Shark Mark Cuban believes the brothers are on an incredible adventure, but it’s a difficult business to invest in. He knows how a shark can help the business expand, but the way the brothers do it seems wonderful to him, so he’s out too. Barbara believes that the brother might have done more for his business if he had put more time and effort into social media. She was unimpressed with the number of sales they had over a decade. She admires the young entrepreneurs, but cannot ignore the situation. The brothers try to justify their undercapitalization, but Barbara is skeptical. She wishes them well and walks out of the deal.

Despite this, Robert seemed impressed with the product. According to one of the co-founders, their ActionGlow 2 product is expected to generate sales of $430,000 in its first year. Robert wonders how they plan to do this without discipline. He is willing to offer $200,000 for 30%. The brothers counter by agreeing to pay 20%, but Robert refuses. They increase it back to 25%, but to no avail. Eventually they accept his offer and agree on $200,000 for 30%.