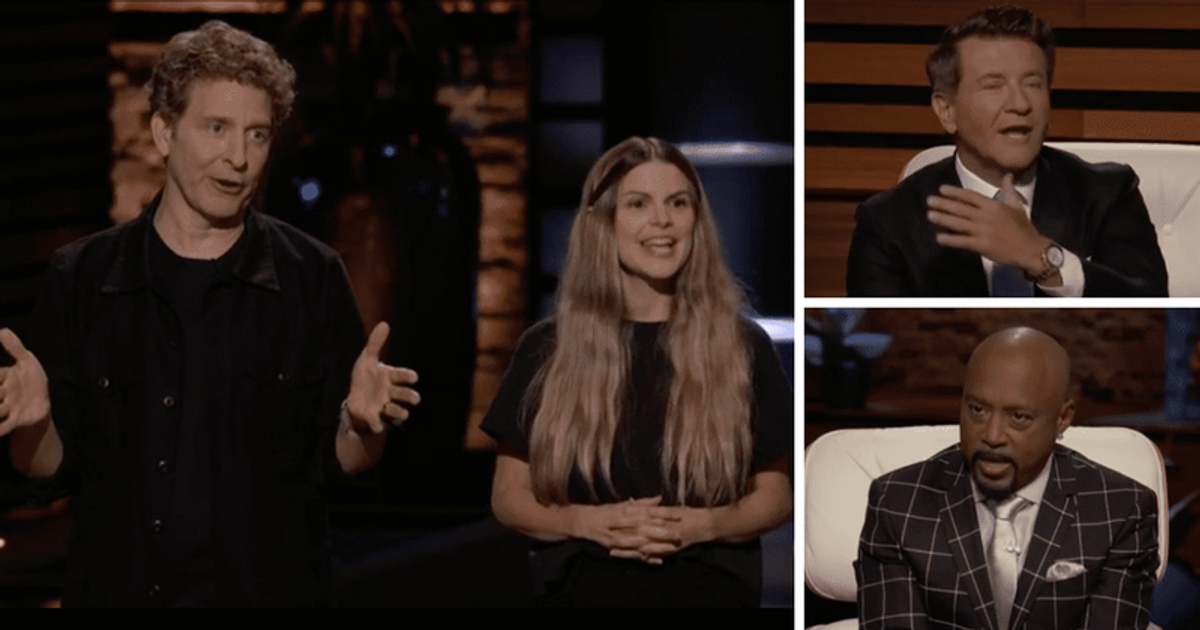 Unfortunately for Robert, his arguments fell on deaf ears as the KENT founders had already decided not to accept Daymond’s deal

LOS ANGELES, CALIFORNIA: What if you were told you could turn your old underwear into pretty flowers? Has that already piqued your interest? Well, you wouldn’t be alone as this pitch managed to spark an intense bidding war between four sharks in the season 14 premiere of Shark Tank. Stacy and Jeff Grace entered the tank, all ready to promote their plant-based product, compostable underwear!

The duo were seeking $200,000 in exchange for a 5 percent stake in their company, which is valued at $4 million. As expected, Sharks were almost immediately put off by the high valuation and low shareholding. But the branding and concept behind this unique compostable underwear was coupled with the founders’ ambitious plans to expand into a men’s underwear line and a t-shirt line, leading the Sharks to take the bait.

The first Shark to make an offer was Barbara Corcoran, who offered to invest $200,000 but 20% equity instead. After learning from audience polls that they replace their underwear every year, Robert Herjavec jumped in with an offer of 15% stock for a $200,000 investment. Soon Lori Greiner and Daymond John Roberts followed suit and made the same offer. Despite having three equal offers, Stacy and Jeff decided to finalize the deal with Daymond, who was the last Shark to make an offer. So why did the KENT founders choose Daymond over Robert and even Lori?

After hearing all of the Sharks’ offers, Stacy and Jeff decided to choose Daymond as their Shark. Upon hearing their decision, Robert was surprised and questioned the duo about their choice. They responded by explaining how they had always wanted to work with Daymond, who they considered the “fashion king”. But Robert wasn’t about to back down, pointing out that while Daymond could be considered the fashion king, he actually had more fashion brands in his portfolio than Daymond. Unfortunately for Robert, his arguments fell on deaf ears as the KENT founders had already decided not to accept Daymond’s deal.