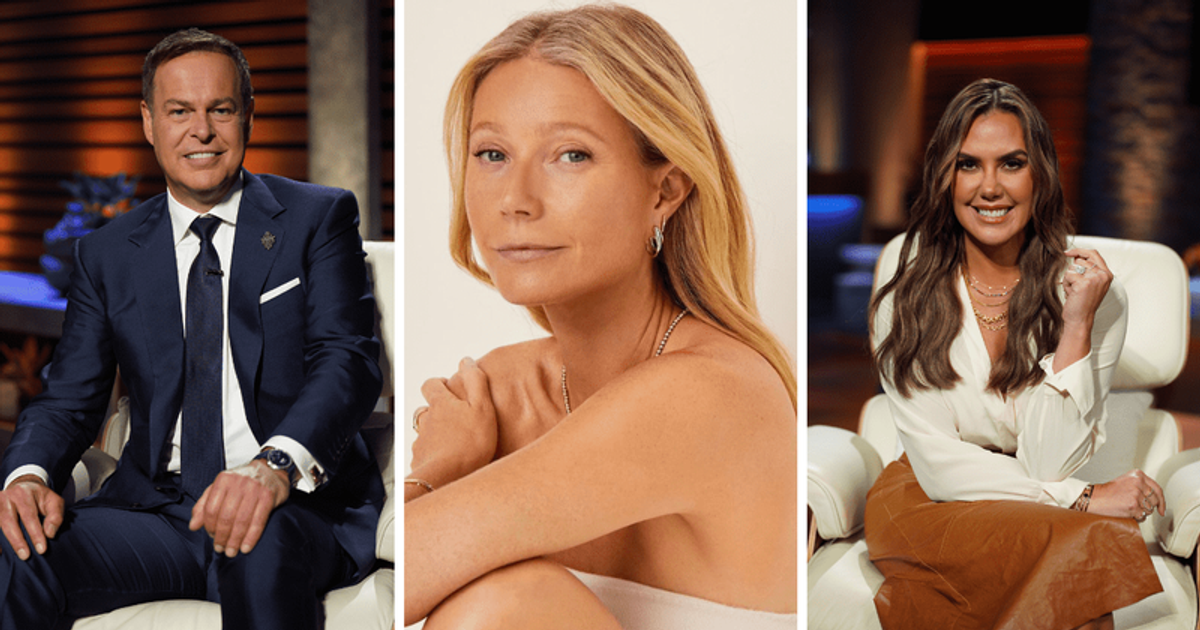 Gwyneth Paltrow, CEO and Founder of Goop, and Tony Xu, CEO and Co-Founder of DoorDash, will make their grand debut as guest sharks

LAS VEGAS, NEVADA: No matter how good a business idea, it needs financial investments to make it a reality. While many entrepreneurs rely on their network of family and friends to raise the capital for their big business venture, some savvy entrepreneurs turn to Shark Tank. Aside from being able to introduce their business to some of the best investors in the world aka Sharks, the free publicity that comes with it and also the opportunity to strike a deal with one of the Sharks makes it truly compelling.

While we’re used to seeing sharks like Mark Cuban, Kevin O’Leary, Robert Herjavec, Lori Greiner, Barbara Corcoran, and Daymon John regularly grace our screens, showrunners often tie in some high-profile celebrities to spice things up give the OG sharks a fight for their money! Guest sharks who have appeared on the show include Kevin Hart, Alex Rodriguez, Richard Branson, Bethenny Frankel, etc. to name a few. Each season offers a new list of guest sharks. So if you’re wondering who the new Season 14 guest sharks are, read on.

Who are the Shark Tank season 14 guest sharks?

Gwyneth Paltrow
Oscar winner Gwyneth Paltrow founded goop from her kitchen table in 2008. Since then, Goop has grown into a popular lifestyle brand committed to helping women make their own choices in the different facets of their lives – from style, travel, work, food and beauty to the physical, spiritual and mental wellbeing. From releasing a line of the highly controversial This Smells Like My Vagina candles to yoni eggs, Goop has consistently pushed uncomfortable, important questions without shame. After serving as Goop’s Chief Creative Officer since inception, Gwyneth took on the CEO mantle in 2016, leading the company’s mostly female team of more than 200 to exponential growth. In autumn 2018, for the 10th anniversary, Goop expanded internationally into the EU. Goop’s ventures include a TV show on Netflix; a bookprint; permanent and pop-up retail stores; and live events like the renowned In Goop Health Summit. In addition, goop has a carefully maintained digital shop and its own product lines, including skincare, fragrances, apparel, bath and body, and dietary supplements.

Tony Xu is CEO and co-founder of DoorDash, a technology company that connects consumers with their favorite local businesses in 27 countries around the world to empower and empower local economies. Born in Nanjing, China, Xu came to America with his parents and grew up in a restaurant with his mother. He and his co-founders founded DoorDash to help local businesses like this restaurant thrive. Xu met his co-founders at Stanford. DoorDash emerged from her conversations with merchants and asked what hurdles they faced in building their own business. The company began to address the challenges of restaurant delivery and has since focused on grocery, retail, beauty, alcohol, pet food, flowers and convenience.