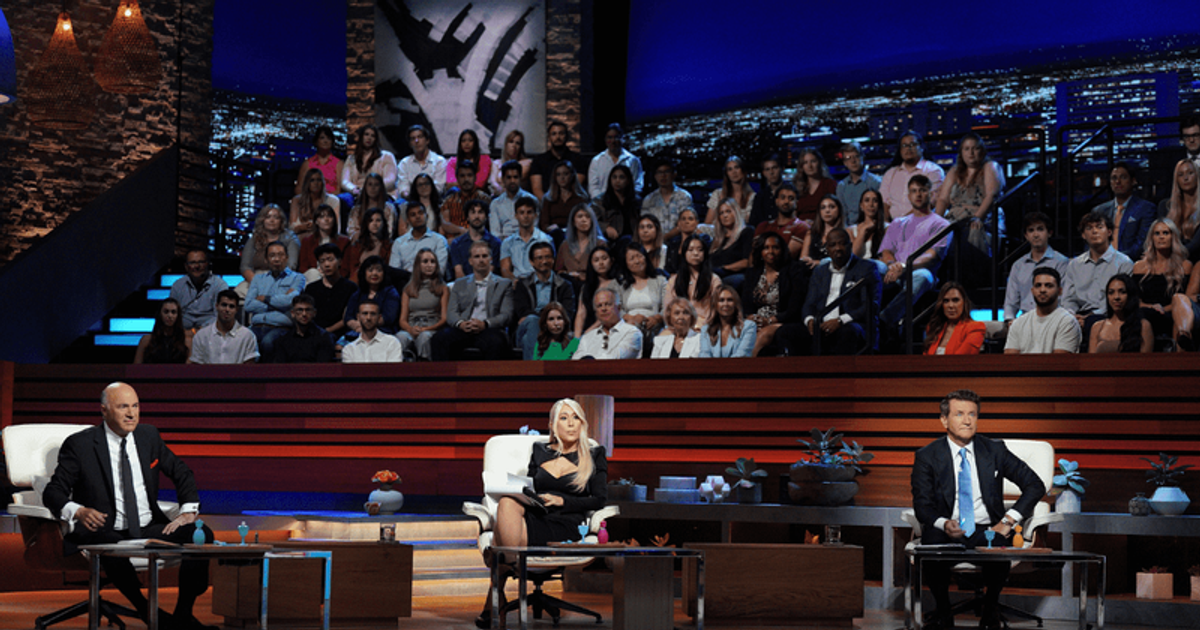 Angry fans are slamming ABC for the show’s experiment with live audiences, demanding it get the old format back

LOS ANGELES, CALIFORNIA: ABC’s “Shark Tank” premiered its 14th season on Friday night and ends with an offer like no other. However, the channel’s experiment with an internal audience and an uncut episode did not go down well with viewers.

For the first time, a studio audience joined Kevin O’Leary, Daymond John, Robert Herjavec, Lori Greiner, Barbara Corcoran and Mark Cuban to hear uncensored, unfiltered pitches from up-and-coming entrepreneurs. For one night only, home viewers were asked to vote on whether our sharks should take the risk and invest. Despite the fact that all three of the evening’s pitches were a success and all entrepreneurs walked away with a deal, the format was a total mess for viewers, who enjoyed the show for its session drama. Fans were quick to voice their opinions, with nearly all dismissing the show’s attempt at another live broadcast.

Shark Tank, the reality competition series in which entrepreneurs compete to fund six savvy business experts, resumed for its 14th season on September 23. The producers added a live aspect to tonight’s episode in the hopes that this will be a fantastic opportunity for entrepreneurs to bring their product to a large audience and gain financial backing they would not otherwise have received. The show retained the same structure and restrictions as in previous years. However, there were only three instead of four business pitches, probably due to time constraints and the zero cut, which would have had room for another one.

Fans who have diligently followed the show for years didn’t seem to have enjoyed the new format, as it made it harder for them to follow the words that came out of the sharks’ mouths as each of them talked about the other. This is usually edited in its regular format, but due to live streaming, that wasn’t the case. While calling the episode a “train wreck,” one fan wrote: “#SharkTankLive – what a train wreck. I love the show but it was impossible to watch and enjoy with all the shouting and talking at each other. Please never do this again.” Another fan tweeted that ABC’s decision to go live was one of the worst in TV history: “I’m sorry to say #SharkTankLive was the worst decision in TV history. History is Please go back to the old format @ABCNetwork!” One fan compared it to another reality show trying to go live with its premiere ‘Dancing With The Stars,’ writing: “#SharkTankLive. Got Shark Tank from day one on Friday 09/23/2022 I will not be sitting through this circus presented live anymore. Very upset. Very unprofessional. Look what happened to DWTS.” Pointing out how the studio audience continued to add to the chaos, one viewer wrote: “Please NEVER broadcast another episode of #SharkTankLive! It was absolutely unwatchable! The audience was too loud, the show was chaotic, the sharks were chattering and the narrator looked like he was struggling to look at the camera and teleprompter. DREADFUL!”

One viewer spoke about how this new format took all focus away from commerce and turned the show into spectacle: “I didn’t like the #SharkTankLive format. The audience distracts from the negotiations and is noisy. Lyric vote isn’t for me Enjoy all #SharkTankS14 fans: “I’m out.” Sensing the Sharks’ need to behave differently due to the live taping, fans wrote: “REALLY HATE #SharkTankLive , and it is such a shame because I LOVE Shark Tank! You trade an interesting business strategy for SPECTACLE. The sharks are behaving very differently than usual. I’M OUT.”