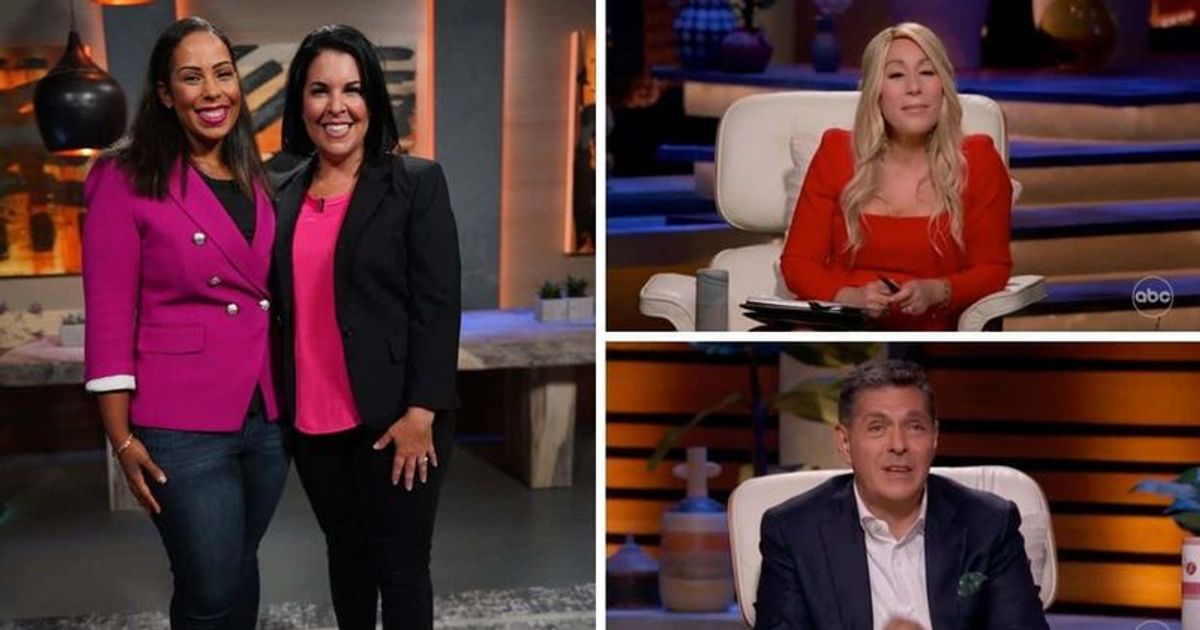 Who would have ever thought that the sharks love painting, including painting by numbers? The recent episode of Shark Tank starred Ashley and Brittany Silfies, the founders of the premium painting by number called Pink Picasso. They got in the tank and asked for $ 400,000 for a 5 percent stake in their company. Little did the duo know they were going to start an intense bidding war between four sharks vying to close the deal with them.

Ashley and Brittany shared how they came up with the Pink Picasso idea after “blowing their lives up” when the ladies decided to end their decade-long marriages and get together. One day Ashley stared at the wall, wondering how she could make money from her photography and packaging skills. That was when she had her eureka moment and came up with the idea of ​​a paint-by-numbers kit that Pink Picasso gave birth to. Anyone can create stunning, professional-looking paintings with Pink Picasso, and the Sharks loved every bit of it, although there was nothing new about their product, the Sharks couldn’t deny how relaxing the activity was. When the ladies started sharing their numbers, announcing that they had made a profit of $ 900,000 in the previous fiscal year, it piqued the interest of the Sharks, particularly Kevin O’Leary, Lori Greiner and Daniel Lubetzky.

Mr. Wonderful aka Kevin saw Pink Picasso as a bonanza and wasted no time making an offer. He made an offer of $ 400.00 for a whopping 33.3% stake in their company. Lori and Daniel stepped in with their joint offer of $ 400,000 for a 20% stake. Mark Cuban decided not to make a deal, and Barbara repeated the same views as well, pointing out that they don’t really need the help of “big boys” or sharks, even though the silfies came in the tank to look after them looking for a shark as a mentor.

After hearing the offers from her fellow sharks, Barb changed her mind and decided to jump back in and make her own offer. She offered them the $ 400,000 loan at 8% interest and a 5% stake in their business. Kevin also revised his offering, optimizing it to $ 400,000 for a 3% stake and a license fee of $ 6 for every kit sold. After some deliberation, the Silfies decided to close the deal with Daniel and Lori, believing that the two sharks could help them the most and open several doors for them.

Fans were thrilled when Pink Picasso made the deal with Lori and Daniel. One fan tweeted: “Pink Picasso, great deal Lori and Daniel #SharkTank.” Another fan wrote, “Yes, you need a shark to guide you in these important rooms #SharkTank #pinkpicasso.” “Congratulations to @LoriGreiner and @DanielLubetzky and #PinkPicasso! We become customers! #SharkTank, “commented a fan.

Another fan shared, “With adult coloring books sold, @pinkpicasso_ is a breeze to invest in. It’s been done before, but America loves these types of crafts. Really a great gift, also #SharkTank. ”“ I love to see a company I’ve bought from on #SharkTank! My teenage daughter painted this #PinkPicasso flamingo that is now hanging in my home. Nice job ladies! “Said a fan.” I LOVE this #PinkPicasso store because it’s not really that interesting and cool! Brava, ladies !!!!!! @ABCSharkTank #SharkTank, “added one fan.

‘Shark Tank’ season 13 airs every Friday at 8 / 7c on ABC. Missed an episode? Did you want to catch up? Episodes can also be watched on-demand and on Hulu the next day. In addition, you can also watch old seasons and episodes on Amazon Prime Video and iTunes.