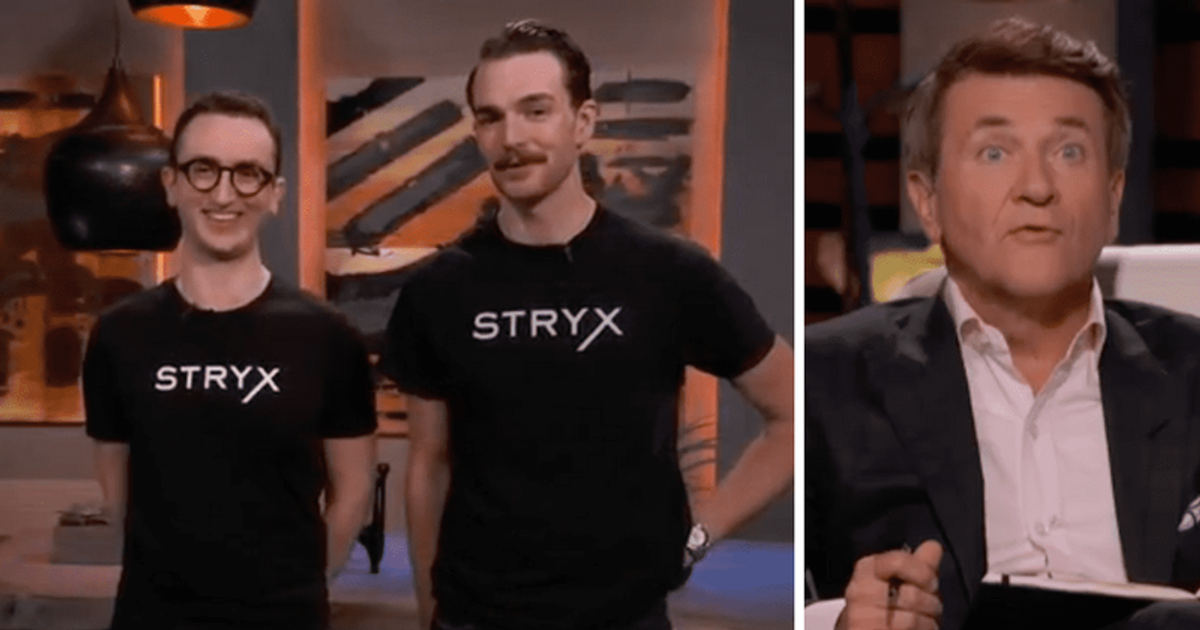 However, although the Stryx founders left ‘Shark Tank’ with a deal from Robert Herjavec, fans were unimpressed by the pitch and brand uniqueness

When you look good, you feel your best. While women hide their flaws and imperfections with makeup, most men have been conditioned to think of makeup as something only for women, which leaves them with pimples on their faces and bags under their eyes. To get men to embrace makeup and work to improve their skin, Devir Kahan and Jon Shanahan launched Stryx, a skincare and makeup brand that caters specifically to men’s skin concerns.

The duo went into Shark Tank seeking $600,000 for a 5 percent stake and a $12 million valuation. Devir and Jon managed to impress Sharks with their sales of $130,000 a month! When it came time for the Sharks to make an offer, Daymond John, Mark Cuban and Lori Greiner decided to sit out because the product’s packaging wasn’t clear enough to imply it was a makeup traded brand with unrealistic valuation. However, Kevin O’Leary and Robert Herjavec rolled out their offers. While Kevin made his infamous royalty offer by investing $300,000 and rolling out another $300,000 as a loan at 2.5% and a $2 royalty per unit sold until $600,000 was repaid and then the royalty dropped to 25 cents forever, Robert chided his colleague Shark for being a greedy loan shark and made a more reasonable offer of investing $600,000 for a 10% equity interest.

However, although the Stryx founders left the tank with a deal from Robert, fans were unimpressed by the pitch and brand uniqueness. Several fans took to Twitter to question why a separate men’s makeup line is needed when women’s products work well, slamming the “gender biased products.” One fan tweeted, “Oh no men can’t wear makeup!” Brother it’s 2022. If you like the deodorant for women, use it. If I like the Old Spice, I use it. Who cares? Do what makes you happy. Gender-specific products are useless and usually just add unnecessary markup. #SharkTank .” “Lol #SharkTank more useless bullsh*t gender specific products,” one fan seconded. “I need someone to explain to me why concealer and brow gel have to be different for a man. #SharkTank,” one fan wrote.

Another fan pointed out, “If you want to wear makeup, just use it on the girls.” “There are already concealers out there. I’m sorry I’m out,” explained one unimpressed fan.