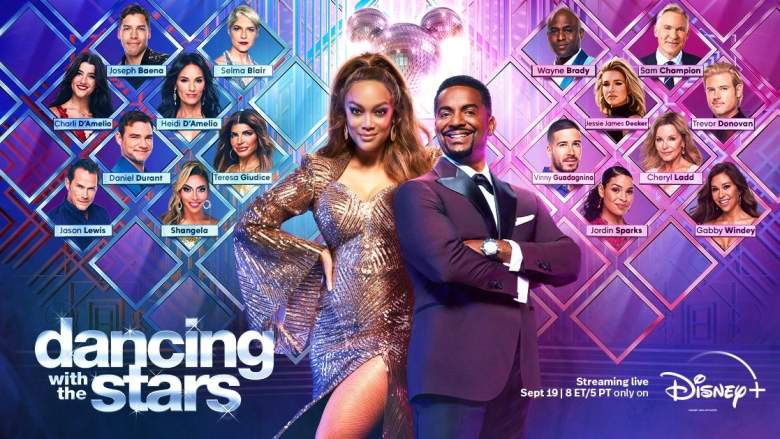 Many “Dancing With the Stars” fans say they are refusing to watch the show after it was moved to Disney Plus and because producers didn’t fire host Tyra Banks.

Here’s what they say:

On the official Dancing With the Stars Facebook page, fans are upset that they don’t know who most of the “stars” are and that the show is on Disney Plus and still has Tyra Banks as the host.

“So you have Wayne [Brady], who will win for sure because… did you see him?! And then there’s a former Charlie’s Angel, Selma Blair, who everyone knows, and Jordan Sparks from “American Idol”. Aside from them, the others are either Z-listers or never were. Not a very exciting lineup and just showing Disney+ is a BAD idea,” one fan wrote.

Another fan wrote: “I’ve been watching DWTS for many years. No longer. As an older person, I don’t “stream”. ABC & Disney doesn’t cater to older loyal viewers who are only interested in the younger ones. Who probably doesn’t know who the contestants are!”

“Lol, and who are these people?? I’ve heard from 3 of them and seriously Wayne Brady will win for sure because he’s a man of incredible talent!” wrote a third fan.

“It used to be my favorite. What a disappointment. This show has been on a downward spiral since Tyra showed up – now it just crashed and burned my eyes,” wrote a fourth fan.

A fifth fan wrote: “My mom is 102 and loves the show but can’t afford Disney. Shame on you.”

“I won’t watch. Tyra, Disney forget it,” another fan wrote on Facebook.

Another fan added: “Won’t be watching anymore. since you screwed it up and took it off the regular station. Disgusted.”

Some fans on Facebook think Disney Corporation will bring the show back to ABC if they complain enough and boycott the show.

“Why isn’t anyone listening at Disney and ABC? A lot of people don’t watch because we don’t want to subscribe to a streaming service! Please bring it back to regular TV next season!” wrote one fan.

There’s even a Change.org petition to bring the show back to ABC which reads:

In the comments, fans all express their feelings that the show “belongs with ABC” and that they are “not being held hostage” by Disney Plus to see Dancing With the Stars.