“Selling The OC”: Fans are in love with the Oppenheim Group’s “office bullies”. 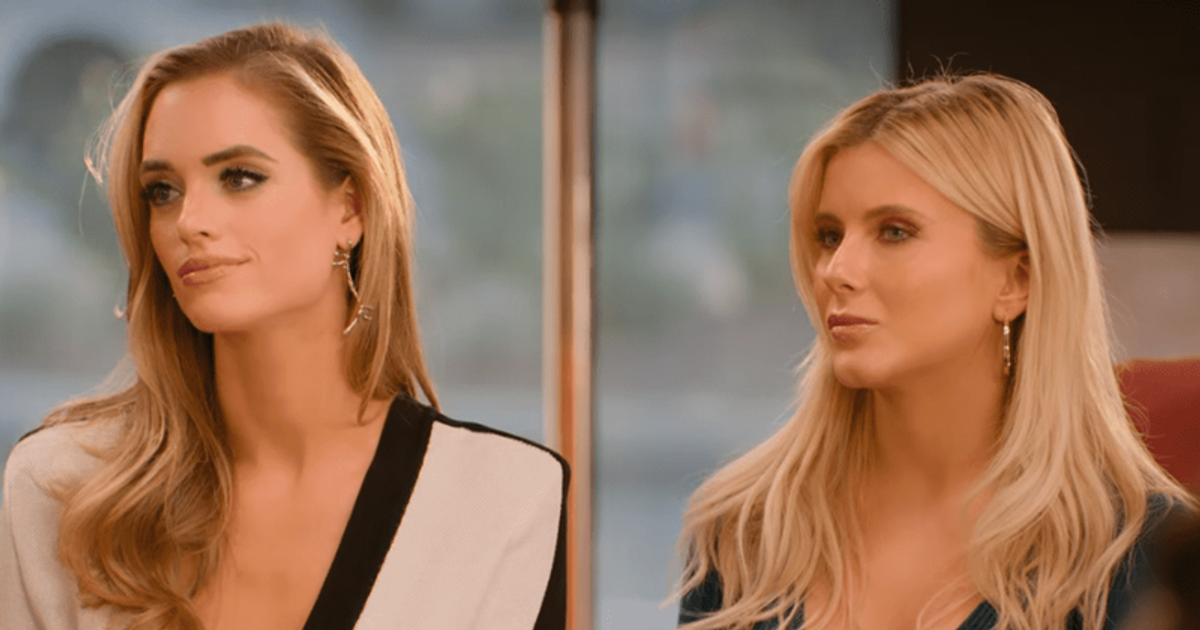 One fan wrote: “Love that Rose and Jarvis were used as villains on Selling The OC but they ended up sorting out the other girls.”

ORANGE CITY, CALIFORNIA: There’s no holding back in the glam, theatrics or sass in this reality production from Adam DiVello, with Netflix’s Selling the OC ticking all the boxes as a sequel to Selling Sunset. But neither viewers nor creators expected to fall in love with the agents, who were cast as the show’s villains.

The series follows a group of strong-willed real estate agents from the Oppenheim Group as they traverse personal and professional situations, as well as a lot of internal agent politics. Among them were Alexandra Jarvis and Alexandra Rose (two of the three Alexandras), who were undoubtedly close. At the end of the first eight episodes of Selling The OC, the two blonde besties are the cast members with the most enemies. Outside of the workplace, however, their popularity remains untouched, with fans defending them from left and right, most praising them for simply doing their job.

Before we embark on this controversial new combo, we have to accept that there is only one Christine Quinn in the universe. Rose and Jarvis aren’t as tough or as menacing as the ‘Selling Sunset’ star – yet. But like Quinn, they believe they’re better than their peers, they’re daring fashionistas, they don’t seek friends at work, and they’re the source of great tension in the season. A few minutes after “Selling The OC,” one of the show’s stars, Brandi Marshall, expresses a general concern about working for a brokerage firm: “One thing I’ve noticed since I’ve been with The Oppenheim Group is that it comes with its own brand of office politics.” Alexandra Jarvis and Alexandra Rose appear side-by-side on screen with blonde hair, heels and a stern demeanor as the real estate agents introduce themselves. Rose believes that “two Alexandras are better than one”. “There’s no better team than you and me,” Jarvis promises her potential client. “Two for the price of one.”

While the hows and whys are never fully explained, Jarvis and Rose are a real estate duo who do everything together from knocking on doors to showing and selling properties. In a voiceover, Jarvis (also a lawyer) adds: “Rose and I are the best producing female agents in the office circles around them. We really are unstoppable.” Jarvis and Rose are clearly the queens of Orange County, and everyone is jealous of them from the start: “They swim in the kids’ pool and we do laps in the ocean,” Jarvis notes at one point. however, do not agree.

A colleague describes Jarvis as “the worst person in the damn world”. Another employee describes the two Alexandras as having “strange, awkward energy” in the office. Kayla also has a serious problem with Rose. Their feud happened before filming began, so it’s difficult to follow the plot, but Kayla claims Rose “talked shit about everyone” at work, including Jarvis, so she contacted Jason and said, “You either say something.” or I will.” Jason challenged Rose, who insulted Kayla, and now all hell broke loose in the office.

Rose and Jarvis, like Quinn, aren’t often seen in the workplace, but they’re still a big topic of conversation and when they get to the screen, they make an impression. After a much-anticipated brawl on Gio’s casino night, virtually everyone at work turns against the pair, saying they’re bullies. In a later episode, when Rose tells Jarvis, Gio and his mother about her traumatic childhood, it’s impossible not to sympathize with her and wonder if all the hate is just the product of poor communication. If so, we won’t know until next season.

The workplace celebrates their latest acquisition with a yacht party in the finale, and once the group reaches the water, the claws show up. Tyler, one of the quietest and least theatrical employees of the office, enters and puts the Alexandras in their place as Jarvis and Rose approach the group and berate them as hypocrites. “You come to the table with an agenda to start shit,” he adds, before labeling her a bully. “There’s only so many bridges you can tear down until there’s nothing left to cross.” When Tyler speaks up, you can bet the neighborhood is unhealthy. Unfortunately for the rest of the office, the season ends with Rose and Jarvis selling their $20 million list and ringing the bell. Everyone flinches, but the Alexandras are definitely not going away.

While the show has tried to project the two Alexandras as new villains, it certainly hasn’t worked with fans feeling like they’re actually the least problematic of them all. One fan tweeted, “Love that Rose and Jarvis were used as villains in Selling The OC but they ended up sorting out the other girls.” When asked why they are called bullies, another fan wrote, ” In Selling the Oc, Rose and Jarvis (the only 2 blondes) are accused of being bullies but I don’t understand where that comes from, I didn’t hear Rose’s voice before episode 7.” Someone else chimed in: “I did feeling like I’m missing out on selling the OC because I really like Rose and Jarvis.” Another called out the rest of the cast for their jealousy, tweeting, “Just checked out Selling the OC & wtf…. Jarvis & Rose didn’t do anything lol just work and be polite but everyone got mad at them for no reason? Talking about jealousy.”

In the end, fans are pretty impressed with the duo. One tweet read: “I finished watching Selling the OC – Brandi is all in the drama when she says she doesn’t like drama ok homegirl – Hall is the toxic and bully while she calls others toxic and bullies – Jarvis and Definitely Rose Team. Who else has sold a $20M house?” For the backstory, one fan tweeted, “*After seeing me sell the OC outright* I’m Team Rose & Jarvis dunno what both Alexandras did to get so much hate from each other.” Another tweet read, “I devoured the whole sale of the OC and ended up only liking Rose and Jarvis.” One fan was shocked when she saw as Kayla turned on the Alexandras, writing, “literally what did rose and jarvis do to deserve that attitude from everyone else…? They’re the only ones who tried to be nice to her. I hate everyone except the boys and.” Alex x 2.”

Selling The OC is now available to stream on Netflix.