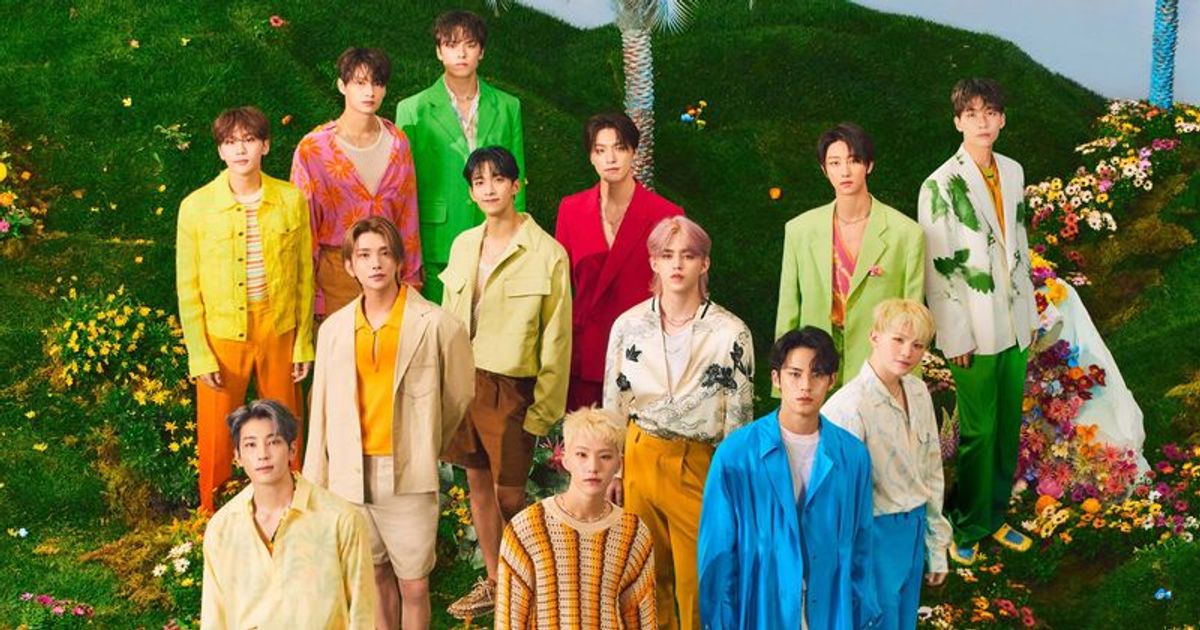 It looks like this comeback may actually be Seventeen’s biggest. A few weeks ago a drunk Hoshi shared that he had a feeling the group would reach new heights with their forthcoming albums and it looks like he wasn’t wrong. Seventeen has had several well-deserved opportunities to become the first K-pop act to collaborate with Apple on a single to release their first original English-language song, “Darl+ing.” Their fourth album Face The Sun sold over 2 million copies in its first week and now the repackaged version Sector 17 has become a million seller.

Seventeen is indeed flying high this summer as “Face The Sun” has given them multiple music show wins and continues to top the charts. They resumed their first Japan Dome tour, which was first canceled in 2020. The “Be The Sun” world tour kicked off with much pomp in Seoul in June with star-studded audiences ranging from BTS’ Jungkook and Monsta X’s Hyungwon to Enhypen and NCT China line. And it doesn’t look like they’ll be resting anytime soon, because just as fans were getting over legendary lead single “Hot,” Seventeen announced its repackaged album “Sector 17” and pre-release “Cheer,” which K .pretty wrecked -pop Twitter with the twerking of Hoshi, Woozi and S.Coups.

Well, Seventeen released their third repackaged album Sector 17 on July 18th. Along with the nine tracks from Face The Sun we have four new songs – ‘Circles’, ‘Fallin’ Flower’ (Korean version), ‘Cheers’ and the title track ‘_WORLD’. And as usual, our resident producer, Woozi, didn’t disappoint when he was involved in the creation of all the new tracks for the groovy “Cheers” along with member Vernon. And it seems like the fans loved the album as they went above and beyond to make it a success. Just three days after its release, on July 20th, it was announced that “Sector 17” had sold one million copies. It is Seventeen’s seventh album to sell millions.

“Sector 17” had surpassed 935,000 sales on its first day. They also set an all-time record by becoming the first K-pop group to hit one million sales for a repackaged album in the first week of its release. This highest first-week sales record for a repackaged K-pop album was previously held by their company mates BTS with “Love Yourself: Answer,” which sold 868,000 copies in 2018. Sector 17 is also Seventeen’s fifth album to gross one million sales in its first week of release. The repackaged album has also surpassed 100 million streams on Spotify.

Fans were proud of the organic growth as they tweeted, “Proud is an understatement. They deserved that the years of hard work they had put in had paid off. Congratulations.” One fan couldn’t believe it: “Are they really the first idol team to become a million-seller with a repack??????? ARE THEY REALLY?! :O.” Another fan joked: “Carats: I’m broke 😭 still have to save for the concerts 😭😭😭😭 then boom, congratulations @pledis_17 for the next million!” One was proud: “Another million sales mah babies keep killing every day. “