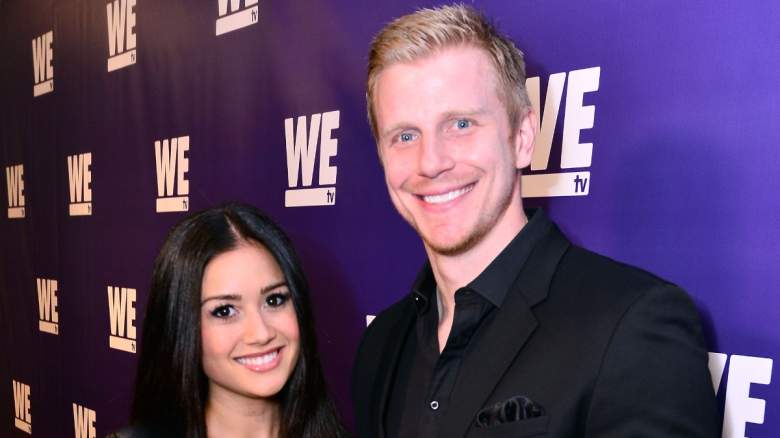 Sean Lowe and Catherine Giudici are generally adored on Bachelor Nation, but that may change after a recent decision. The “Bachelor” stars threw a huge bash for their son Isaiah’s birthday and built the event around an animal theme. However, the presence of a special party guest created a significant setback that the couple might not have anticipated.

While Isaiah’s party was taking place on May 15, Catherine shared quite a few party-related tidbits on her Instagram page. Taking to Instagram, Catherine explained, “Isaiah kept changing his mind about what kind of animal genre he wanted, so at the last minute I decided on ‘zoo animals.'” She added, “After I excitedly told him about the capuchin monkey, he said , ‘but I wanted a pig.’”

Along with the statement, Catherine shared a video clip showing a trainer with a little monkey interacting with the little boy. At another point, Catherine herself had a moment with the monkey, and the “Bachelor” couple’s eldest child, Samuel, took turns cradling the animal on his lap. On her Instagram Stories, Catherine shared additional video clips taken by partygoers showing the monkey doing some other tricks and sitting on other young children’s laps. The kids seemed to be enjoying the special party guest, and many of Catherine and Sean’s Instagram followers were raving about it too. However, criticism of the presence of the monkey came up pretty quickly.

Shortly after The Bachelor star shared videos showing the monkey at Isaiah’s birthday party, fans gathered on Reddit to discuss it. Immediately, references to the incident involving former The Bachelor contestant Caila Quinn surfaced, and people seemed equally outraged. In April, Caila was slammed for posting a video on Instagram showing someone killing a snake found in her garden. Caila, who previously appeared on the Ben Higgins season, later apologized and vowed to do better.

The Reddit thread about Sean and Catherine’s party situation contained a significant amount of criticism of the monkey’s party attendance. “Vegan Seattle Catherine is long gone,” one poster noted. Another franchise fan pointed out that “the entire industry of using primates for entertainment sucks.” The leash around the monkey’s neck seemed to escalate dislike among many fans.

“There is no ‘humane’ way to have such an animal at a party. Any animal that is clothed, forced to interact with humans, and expected to perform is in a very, very bad welfare situation,” another person wrote. “There’s a way to appreciate and learn from animals, and it’s not,” this person continued. Several Reddit posters conceded that this wasn’t on the same level as “Snakegate,” but people overwhelmingly agreed that bringing the ape to the party for entertainment was a poor choice. Descriptions like “gross,” “disgusting,” and “disturbing” popped up in several comments, and it seemed like no one was trying to defend the “Bachelor” stars on this one. Many will be watching as the stars of The Bachelor comment on the backlash they’ve received regarding this one.