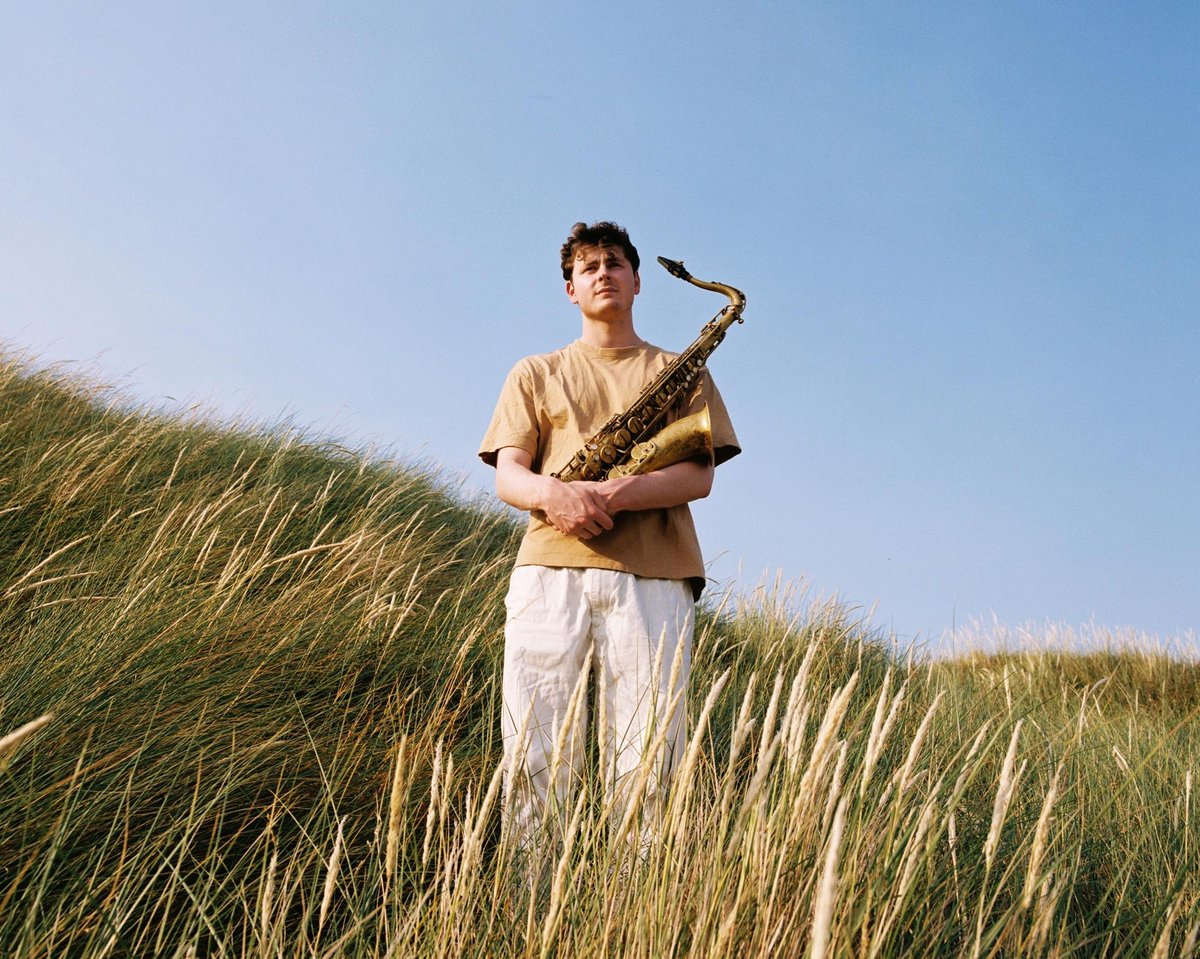 As he prepares for the release of his new album Marram, saxophonist Matt Carmichael talks to Jim Gilchrist about the fertile zone where jazz and folk collide

The opening notes on Matt Carmichael’s new album “Marram” come not from his eloquent tenor sax but from Charlie Stewart’s fiddle, heralding both Carmichael’s second album and another stage in his fusion of jazz with Scottish folk elements and those strands connects seamlessly, like the beach grass of the album title connects sand dunes.

The album frequently evokes seascapes and the aspiring young saxophonist-composer sees the sea, with its lulls and storms, as a ‘transporting element’ and his band can generate elemental power and lyricism to match. For Marram, his group of pianist Fergus McCreadie, bassist Ali Watson and drummer Tom Potter – all award winners – has expanded into a quintet format with the addition of Fiddler Stewart, Young Scottish Traditional Musician of the Year 2017, to add extra texture already lyrical yet dynamic group sound.

While Carmichael’s widely acclaimed debut album, last year’s Where Will the River Flow, was self-produced, he will appear on the acclaimed label with longtime collaborator McCreadie at Marram, which will be presented in concert at Glasgow’s Royal Conservatoire of Scotland on 28 October edition come together. who released the pianist’s third album, Forest Floor, earlier this year, which is currently nominated for the Mercury Prize.

Like most of the band, Carmichael is a graduate of the Royal Conservatoire of Scotland, whose jazz course (established by saxophone star Tommy Smith, who describes Carmichael as “world class”) is a catalyst for Glasgow’s amazing melting pot of young jazz talent. He was the first student to win all three awards on the composition, improvisation and arrangement course, and met Charlie Stewart in his first year there.

“I love working with folk musicians,” says Carmichael. “Charlie is a great improviser – not in the jazz sense, but from a folk perspective, and I really like that.”

The album’s opener, The Far Away Ones, is initially based on a theme Carmichael wrote for a short animated film before building to an exuberant climax; Waves sees McCreadie’s gently slapping piano paired with saxophone gain a powerful sweep over Potter’s driving snares, while the title track is a wistful ballad somewhere between slow blues and Scotch fiddle air. “Sometimes the simplest tunes are the best,” Carmichael muses.

The enthusiastic response that his debut album received also extended to some influential circles, not least to the renowned Cologne WDR Big Band. Carmichael next flew to Cologne to perform and record with them as guest soloist, with his music arranged by their chief conductor, Bob Mintzer, saxophonist for acclaimed American jazz fusion band The Yellowjackets.

“I could never have imagined something like this when I released my first album and was just starting my career,” admits the 23-year-old.

He’s been busy touring Germany with the quintet last month, with gigs planned for February in the Netherlands. Tonight / this Saturday he plays at the Glasgow Royal Concert Hall in an international sextet, Dancing With Embers, to which he has been invited by the Edinburgh Jazz & Blues Festival, which also features Norwegian pianist Liv Hauge and drummer Corrie Dick.

After the album launch, his quintet is playing Ronnie Scotts on November 3, and he’s planning more recordings: “A couple of EPs are in the works,” he says, “the WDR thing is coming out eventually and I’d love to do a sequel.” from Marram.”

So the river keeps flowing. In the meantime, he continues to perform in duo format with McCreadie. With Carmichael’s current album entitled “A Shore Grass” and McCreadie’s “Forest Floor” one could speculate idly as to whether they are launching their own subgenre of environmental jazz.

Carmichael laughs, “Not yet. Our music is quite connected, but it’s also constantly changing. We have different influences and there are different directions in which we will go. But yeah, if it’s just the two of us playing as a duo, we’re on the same wavelength.”