Scots: A Musical History of Scotland in 50 Minutes 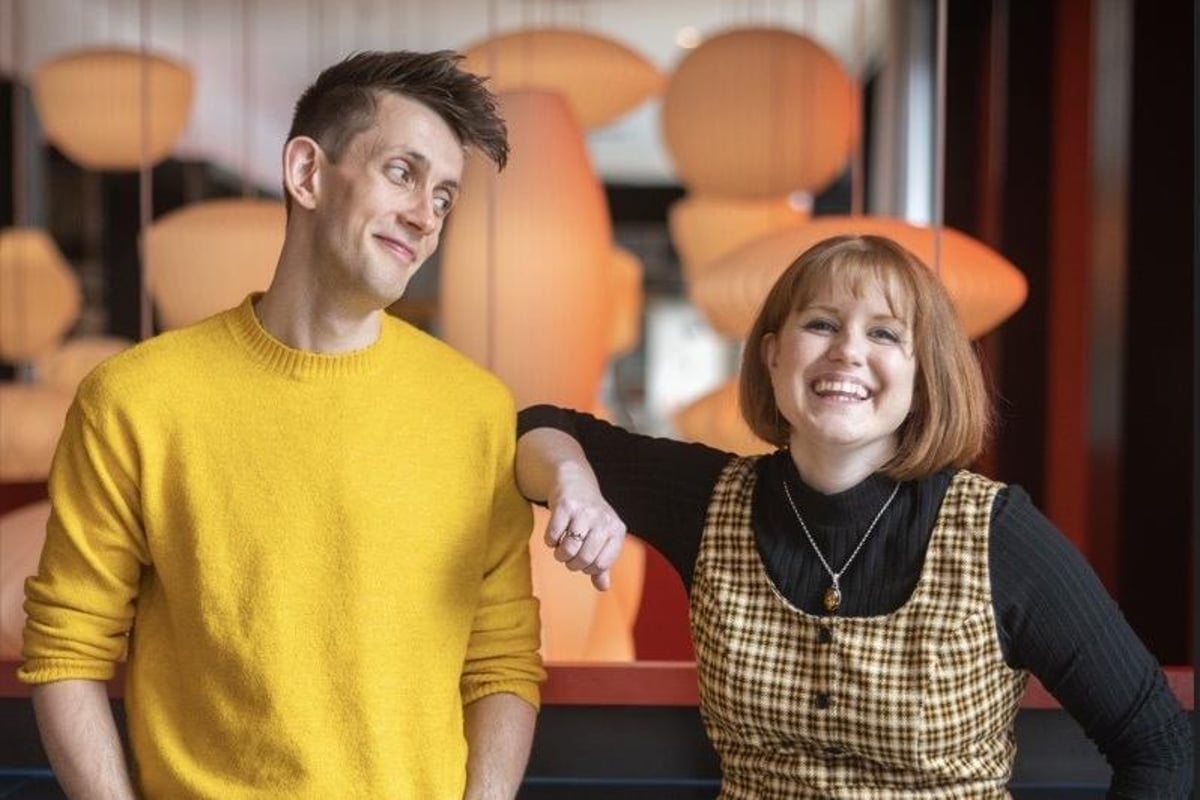 For their new musical, Scott Reid and Claire McKenzie take a look at lesser-known figures from Scotland’s past, writes Joyce McMillan

In some parts of the Scottish theater world, the spring 2022 season has been somewhat subdued, with some theatergoers still reluctant to return to live performances and several companies involved in large building projects that are consuming time and energy.

Not so at Glasgow’s Oran Mor, where lunchtime theater Play, Pie And Pint, founded in 2004 by the late David MacLennan, grew from strength to strength during Jemima Levick’s first full spring season as Artistic Director. This season has seen a very lively series of 20 new plays – one a week since February, six of which have also been shown at the Traverse in Edinburgh – featuring the work of leading Scottish playwrights such as Peter McDougall, Rob Drummond, DC Jackson, Douglas Maxwell and others feature David Ireland alongside rising stars such as Dani Heron, Isla Cowan, Belle Jones and Maryam Hamidi.

And while many of the plays have dealt with serious and hard-hitting issues – from the horrifying effects of dementia to the pain of the current refugee crisis – there has also been plenty of much-needed laughter; A trend that’s set to continue in next week’s final show of the season, when Scottish musical-writer duo Noisemaker unveil a 50-minute history of Scotland – simply dubbed Scots – that promises not to pull any punches by presenting the more absurd and darker sends up aspects of our national history.

“We have had a strong working relationship with Jemima Levick since very early on in the company’s inception,” says actor, singer, and author Scott Reid, who co-founded Noisemaker in 2012 with composer and music director Claire McKenzie after they met at the Royal Conservatory of Scotland. “And when she asked us to write something exciting and fun about Scottish history to round off this season, we were just blown away.

“We’re definitely not approaching it very conventionally; For example, we highlight some relatively little-known figures in Scottish history, including the first King of Scotland, Kenneth McAlpin, and Mary Somerville, the great 19th-century mathematician who grew up in Fife. And if our version of Scottish history is political, then it’s definitely political with a small p; We examine what makes our country a country, while recognizing that our identity is difficult to define and that’s not a bad thing.”

Reid and Mackenzie have always worked both individually and together. Reid, for example, played and sang the role of the youngest soldier shot dead for desertion at dawn in the unforgettable 2016 National Theater of Scotland and Perth Theater production The 306: Dawn; McKenzie interned at Citizens’ Theater for two years after completing her RCS Masters, where her credits included composing and directing the music for a memorable production of Cinderella.

However, Noisemaker’s creative journey together began a decade ago, when Reid and McKenzie wrote and directed several small fringe musicals – their debut show Freakshow, Forest Boy, The Girl Who – that quickly earned them acclaim in the transatlantic world of musical theater, where Forest Boy won a Walt Disney Award for New Voices in Musical Writing.

When Levick was Artistic Director of Dundee Rep in 2016, she invited Noisemaker to Dundee to create Little Red, an immersive Easter show for children. and Noisemaker’s relationship with the rep continued, spanning several Christmas shows and her 2019 musical about that great Dundee character Oor Wullie, which toured across the UK. They also worked with the National Theater of Scotland and Birds Of Paradise on their 2018 musical-comedy hit My Left Right Foot and have continued to build strong transatlantic connections by moving to the United States for a seven-week residency with the American Musical Theater in 2019 USA returned project in Chicago.

“It’s been a very busy ten years,” says McKenzie, “and when the pandemic hit, it was kind of a treadmill, albeit a very positive one. However, there has been time for reflection during lockdown and I think we will be a bit more selective about what we do going forward. We started working together because we were buddies and colleagues who tended to like the same things about musical theater and it’s stayed that way – we both love a strong story told through musical theatre.

“And I would also say that in these ten years we’ve started to see a big increase in support for the idea of ​​doing musicals in Scotland. When we started we apologized mildly for what we had done and said, ‘Oh, it’s just a play with songs.’ But now in Scotland there is a lot of enthusiasm and encouragement for musicals, and many other artists are writing too you.”

During lockdown, Reid and McKenzie helped create an audio piece called Atlantic for podcast producers Big Light about the history of the island of St Kilda; and Scott Reid feels the experience of their music unleashed a Scottish vein that served them well in the creation of Scots for A Play, A Pie And A Pint.

“Up until now we’ve always had a pretty eclectic style of music,” says Reid. “But now we’re working on Atlantic and then on this current show and we’re also developing a show called Ceilidh with our producer in New York; and I feel, like Claire, that we’re starting to refine things a little, discard a few things, and develop a more distinctive voice.