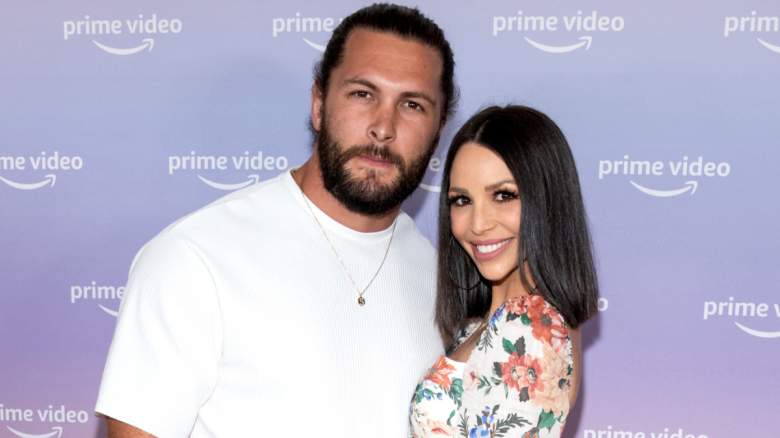 Scheana Shay and Brock Davies got engaged in June 2021. Although, according to Page Six, the ‘Vanderpump Rules’ stars originally planned to get married in Bali.

“Have thought [that] At the end of next year, hopefully in November, travel restrictions will be eased. It’s going to be summer in Bali so that’s our plan,” Shay told the outlet at the time. However, restrictions due to the coronavirus pandemic caused Shay and Davies to switch locations. According to Bravo, they are now planning to exchange vows in Mexico.

“I just wanted something with an ocean view,” she told E! News in April 2022.

With the wedding just a few weeks away, Shay and Davies have been busy making sure everything is set up for their special day. According to Us Weekly, the wedding will most likely appear on VPR as it takes place in the middle of filming Season 10. Additionally, most of the cast will be in attendance and some of Shay’s VPR co-stars will actually attend the wedding.

Shay and Davies asked Schwartz to be a part of their special day. On the July 22, 2022 episode of the Scheananigans podcast, Shay let everyone know that Schwartz is part of the wedding party.

At the beginning of the podcast, Shay introduced Schwartz and they talked about Schwartz and Sandy’s soft opening that took place the night before they taped the episode. They chatted about everything under the sun, including Schwartz’s divorce from Katie Maloney.

Later in the episode, Shay mentioned their marriage.

“So you’re the best man at our wedding,” she said, asking if there was anyone Schwartz would like to walk down the aisle with. He answered “no” pretty quickly.

In May 2022, Shay took to her Instagram Stories to share some footage from a clothing store where she was spending some time with her closest friends. Some fans were quick to point out that Raquel Leviss and Ariana Madix from “Vanderpump Rules” were with the group.

“Looks like Raquel and Ariana are the only two from the show who attended,” one Redditor commented on a thread about a wedding reception.

Shay isn’t particularly close to many of the other cast members, but gets along well with Maloney, Lala Kent, and Brittany Cartwright. It’s not known if any other Vanderpump Rules stars will be attending Shay and Davies’ wedding reception, but it wouldn’t be surprising if Tom Sandoval was there. For now, the couple is keeping things under wraps, only sharing tidbits here and there.

“I wonder if the former VPR cast members will be in attendance?” someone else from Reddit wrote.

“I find it strange that Raquel is a bridesmaid. She does everything in her power to get Bravo to film their wedding. Got the cast as your wedding reception is an opportunity to be filmed,” a third person chimed in.

CONTINUE READING: Scheana Shay has brought daughter Summer’s tan along with her