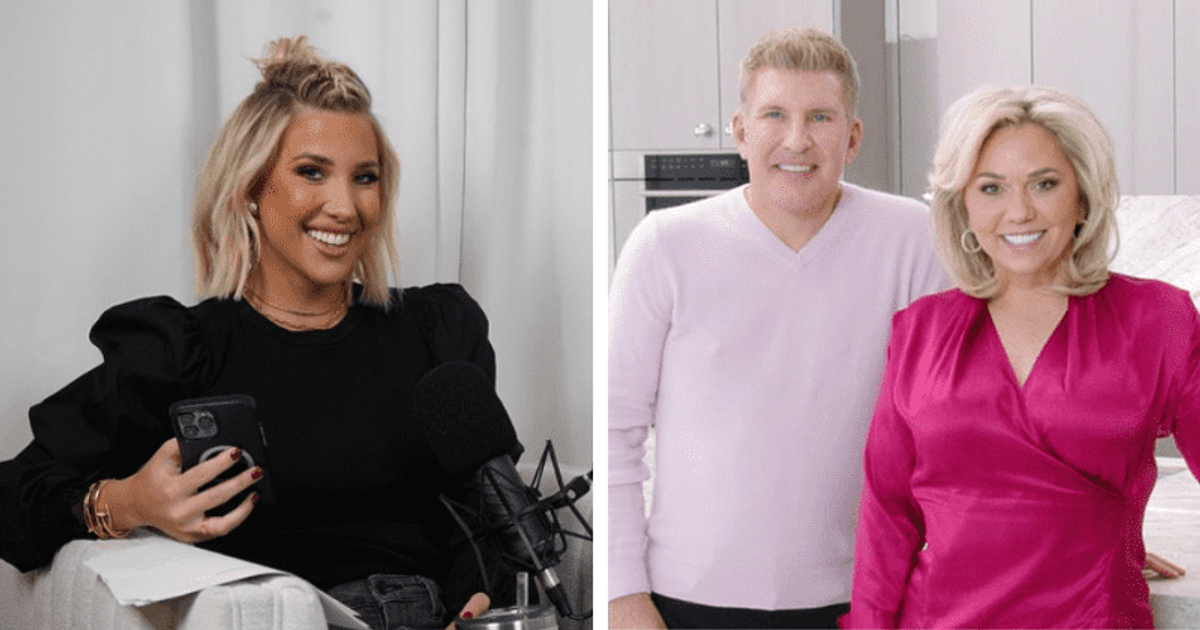 PENSACOLA, FLORIDA: Savannah Chrisley gave her fans a glimpse of her tumultuous lifestyle on Tuesday, January 24, as her parents, Todd and Julie Chrisley, began serving significant federal prison sentences. Chrisley, 25, spoke about how she was coping with her “life falling apart”.

On her Unlocked podcast, the reality TV star opened up about learning her parents were guilty of a variety of crimes, including bank fraud and tax evasion. Todd received a 12-year sentence in federal prison and Julie received a seven-year sentence for defrauding banks through bogus loans of more than $30 million, according to the Associated Press. At the beginning of her latest episode, Savannah said, “So for those of you who are familiar with my family and have followed our lives and have also followed my podcast, you know that last week has been an extremely difficult week for my family as a whole and for each of us individually.”

‘Killed her with my magical mind’: Pamela Anderson reveals she tried to murder a babysitter who was molesting her

Savannah also stated in the introduction, which appears to have been recorded after the interview, that she “hasn’t filmed a podcast since” her last interview on Jan. 12, which was also her mother Julie’s 50th birthday.

Savannah said: “The podcast that’s airing today that you’re watching was filmed before my life fell apart, so it seems happy. I think that’s because there was a lot of hope and I wasn’t confronted with the reality of the situation.” She claimed that future episodes will show her new life after her parents’ heavy prison sentences have begun.

Savannah explained, “So I just wanted to kind of throw that in there to address that, because I know a lot of people are going to be like, ‘Whoa, what’s that?’ And that was a kind of collapse before life. And now podcasts that I do in the future will be submitted later. I hope this helps you understand things.

In her next episode, Savannah offered to do a “very intense one-on-one podcast with myself to give an update on where my life is at.” Savannah recently claimed that the prison sentence her parents are serving is affecting more than her life because she will now take custody of her niece Chloe, 10, and brother Grayson, 16.

“I’m really excited to give this update because I’ve seen God work in the craziest of circumstances. Until then, I hope you’re enjoying this week’s podcast. Thank you from the bottom of my heart for supporting me, my family and Unlocked,” Savannah explained.