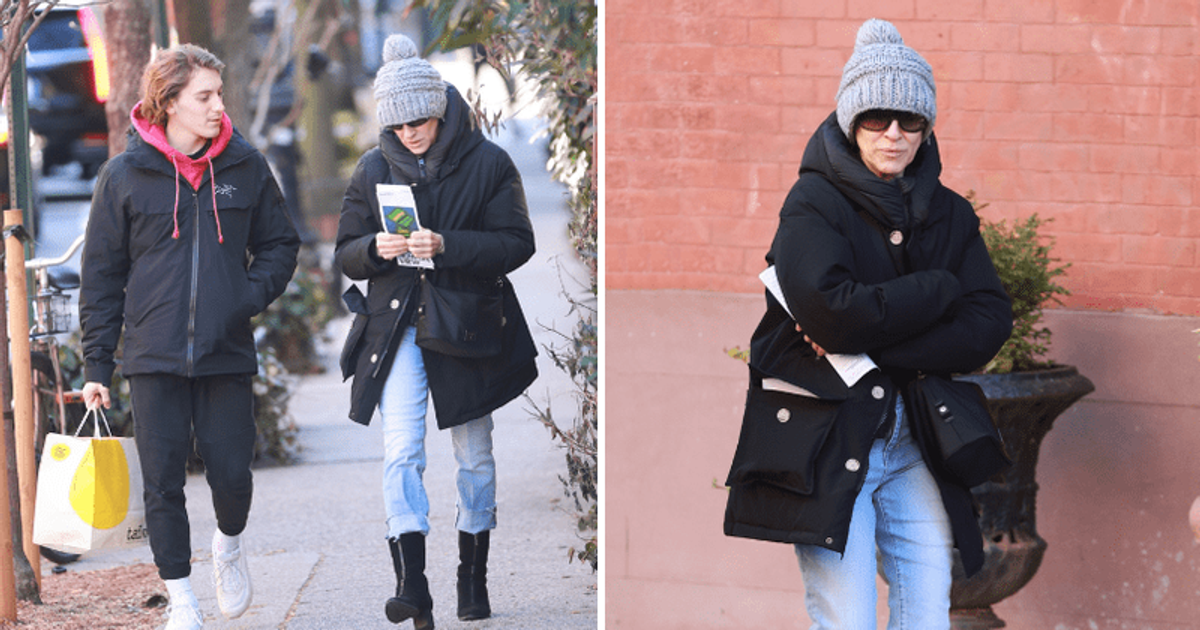 NEW YORK CITY, NEW YORK: Sarah Jessica Parker, 57, and her son James were spotted having a rare lunch in New York, NY. The 20-year-old and the actress walked side by side and briefly looked like they were chatting. They were also dressed casually in warm looking black coats.

Sarah wore a gray knit hat, black boots and light blue pants. Her son James completed his ensemble with a red hoodie, black jeans, white socks and white sneakers. Like his mother, who carried a black purse, he also carried a bag.

‘Crying Tears of Joy’: Fans euphoric as Carrie Bradshaw reunites with Aidan Shaw on ‘And Just Like That’

Since their marriage in 1997, Sarah and Matthew have been considered one of Hollywood’s most adorable couples. Though they like to keep their personal lives private, they occasionally bring their kids to events, like they did for the Broadway play in December. They also occasionally post adorable pictures of their children on social media.

Such a picture was posted in October for James’ 20th birthday. Sarah posted a childhood photo of her only son to Instagram, along with a heartfelt caption. “20 years ago today… The plates have shifted. All the feelings I’d ever known, deeper, amplified and in brilliant new colors. Today the kaleidoscope is spinning with all the memories. In all the glorious forms, changes and perspectives that you have brought into our lives. happy birthday my son I love you so much,” she wrote.

Last month, the ‘Sex and the City’ actress and her husband Matthew Broderick went public with their three children for the first time at the Broadway premiere of ‘Some Like It Hot’. The whole family looked sharp as they posed in front of the theater as a family. While Matthew wore a blue and black plaid jacket over a black shirt and navy blue jeans, Sarah wore a bright blue dress over a white coat. Tabitha and Marion wore long floral overshirts over brown and maroon velvet dresses, while James donned a navy suit and plaid tie. Matthew wore black-rimmed glasses and all three women had their hair down.