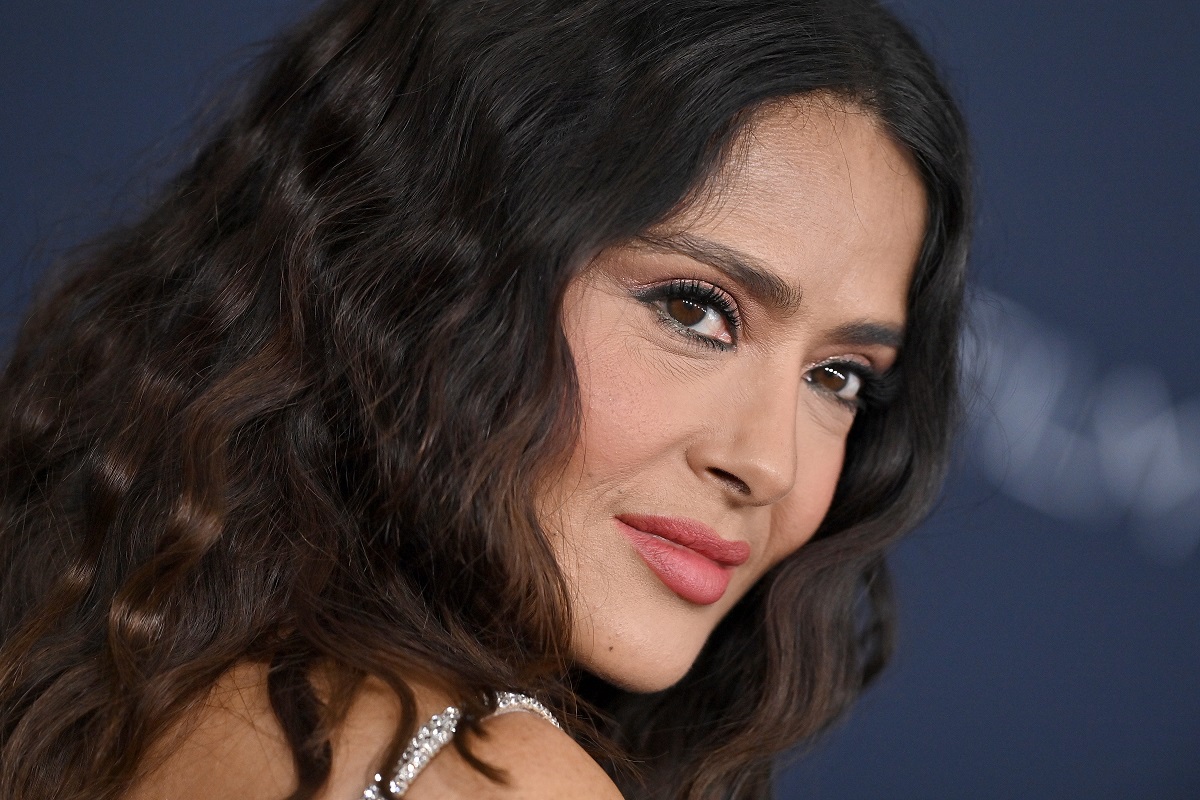 Actress Salma Hayek had a hard time performing on stage in her early years. So much so that her phobia nearly ruined a play she starred in.

Hayek faced many challenges when she first pursued an acting career. One of her first jobs in the industry was doing a stage play of the classic story Aladdin, where Hayek was cast as Jasmine. But things took a turn for the worst when Hayek faced a large crowd. There she discovered that she had a surprising phobia.

“I was 18 and played Jasmine in a production of Aladdin for children and it didn’t start well because I didn’t know I had stage fright. I discovered it when it was time for me to go on stage and I ran out into the street in the Jasmine outfit, they picked me up and dressed me,” Hayek once recalled David Letterman (via Female First).

Luckily, after being dragged back into the theater, Hayek was able to perform the rest of the play. But it wasn’t the only time Hayek had stage fright.

Even after Hayek has established herself as a top actress, she still gets a bit of stage fright from time to time. Hayek has even claimed that she missed some projects because of the intensity of this phobia.

“I have really bad stage fright. There were a couple of times I said yes to directing projects, but as we got a little closer I couldn’t. Even when I speak it’s bad, not just like little nerves. I almost did a musical on Broadway, but I just couldn’t. It would have been the worst musical ever,” she once told the Evening Standard.

Hayek explained that her success as an actress is because she doesn’t have the same nervousness when shooting a movie.

“I don’t get nervous in front of the camera. I have my routines and I get very focused and I feel very comfortable. But I can’t go on stage with all these people who expect something great from me,” she added.

Stage fright wasn’t the only phobia Hayek had to overcome. She also once had a deep fear of snakes, which she had to deal with during filming From dusk to dawn. Though dealing with snakes paled in comparison to dealing with the stage. Especially since she was able to cure her phobia of snakes.

“I think the only way to get over my stage fright would be here in London. I cured my snake phobia From dusk to dawn‘ Hayek added.

in the From dusk to dawn, Hayek played a character who had to dance with a live snake. Because of this, Hayek had to use unconventional means to manage her phobia. In an interview with W Magazine, Hayek revealed the unique method she used to overcome her fears.

“I really didn’t like being a coward and not acting because of my fears, because I didn’t want the characters to inherit my fears,” she said. “So I worked really hard to overcome my phobia. And then when I saw that I couldn’t do it, I got really good at learning how to go into trance. If I went into a trance once I would just like it, I really enjoyed it. Now I wouldn’t want to do it again, have been there, done that, survived it, next.