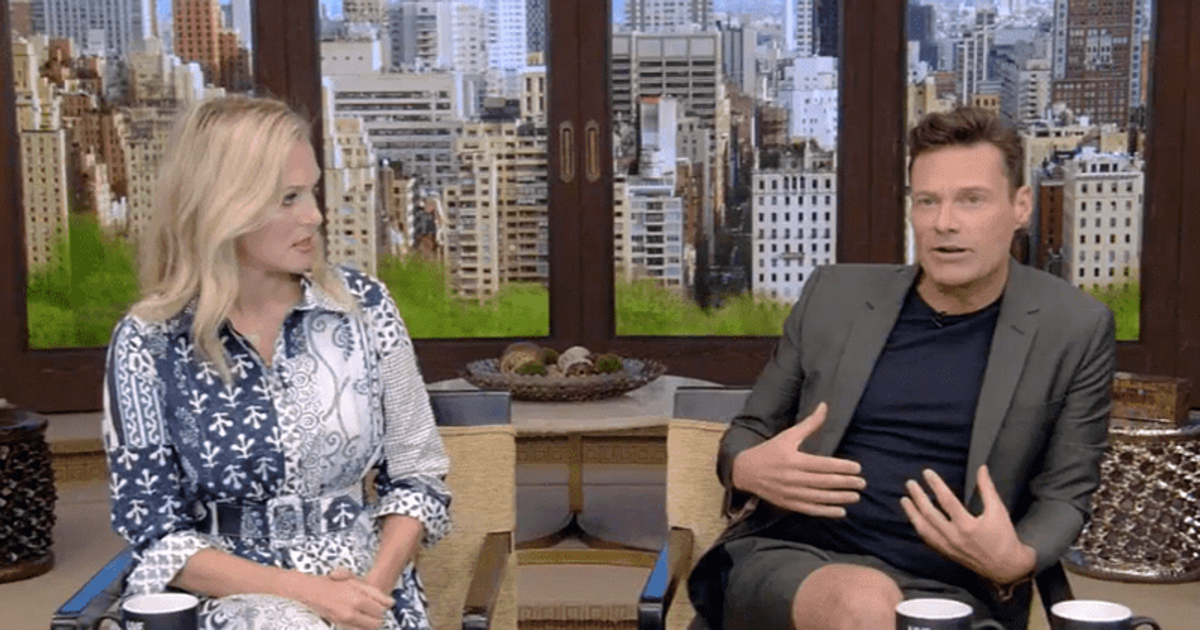 Ryan Seacrest fans are raving about his chemistry with morning show co-host Ali Wentworth. Ryan was joined by actor and comedian Ali Wentworth for the talk show’s airing on Wednesday, August 3rd.

Kelly Ripa, who normally hosts Live with Kelly and Ryan, is on vacation and has been replaced by various hosts during her absence. Ryan Seacrest and Ali Wentworth received a warm welcome from the studio audience as the duo took their positions at the host desk.

“Generation Gap” on ABC: How Kelly Ripa makes $22 million a year from her projects

Fans love it when Ali co-hosts the show

During the episode, the on-air host showed off his cropped “school boy shorts” paired with a shirt and suit jacket. The audience “courted” as Ryan giggled and quietly said “thank you.” Ali then asked if the camera could get a full view of his outfit as she complimented Ryan, saying, “I love shorts, loafers and a jacket.”

Ryan then added, “To celebrate Ali Wentworth here I’m wearing my summer suit,” teasing that designers are making these new suits because “the planet is warming up” and it’s “so hot outside.”

Fans on Twitter raved about the duo’s chemistry. One user wrote: “@RyanSeacrest loves that Ali Wentworth is hosting with you. At least she lets you talk and complete a sentence.”

On Monday, August 1, Ryan was joined by his ‘American Idol’ co-star Luke Bryan, 46. He and Ryan were all smiles as they entered the ‘Live with Kelly and Ryan’ studio, with the latter helping the former into his seat.

Ryan then told Luke how “excited” he was to have him co-host the show, as they’d been “talking about doing this for a long time.” The singer said, “I know I’m excited,” adding, “This is fun!”

When Kelly was absent from the show, fans joked if she’d won the lottery after Ryan and Kelly shared an “inside joke” about it on Friday, July 29. Last week, Kelly mentioned the big lottery draw, saying: “All I know you know I hit the jackpot if I’m not here on Monday. You’ll know.” Ryan then told fans to “tune in to find out.”

On Tuesday, August 2nd, Ryan was joined by TV personality Carson Kressley as co-host. After walking onto the set with Carson, Ryan helped him sit in Kelly’s chair before returning to his usual spot. However, when he sat down, Ryan discovered he had an embarrassing wardrobe malfunction.

Ryan revealed to everyone, “By the way, my fly is down,” while quickly working to zip up and rectify the situation. Guest co-host Carson was quick to add, “What? I guess you’re just happy to see me!”

Ryan laughed and told his co-host that he made a quick change because he saw how great Carson looked in his suit. The ‘Queer Eye’ alum replied, “No, it looks amazing,” Ryan assured.