Russell Crowe has hit out for taking snaps inside the Sistine Chapel, where photography is banned 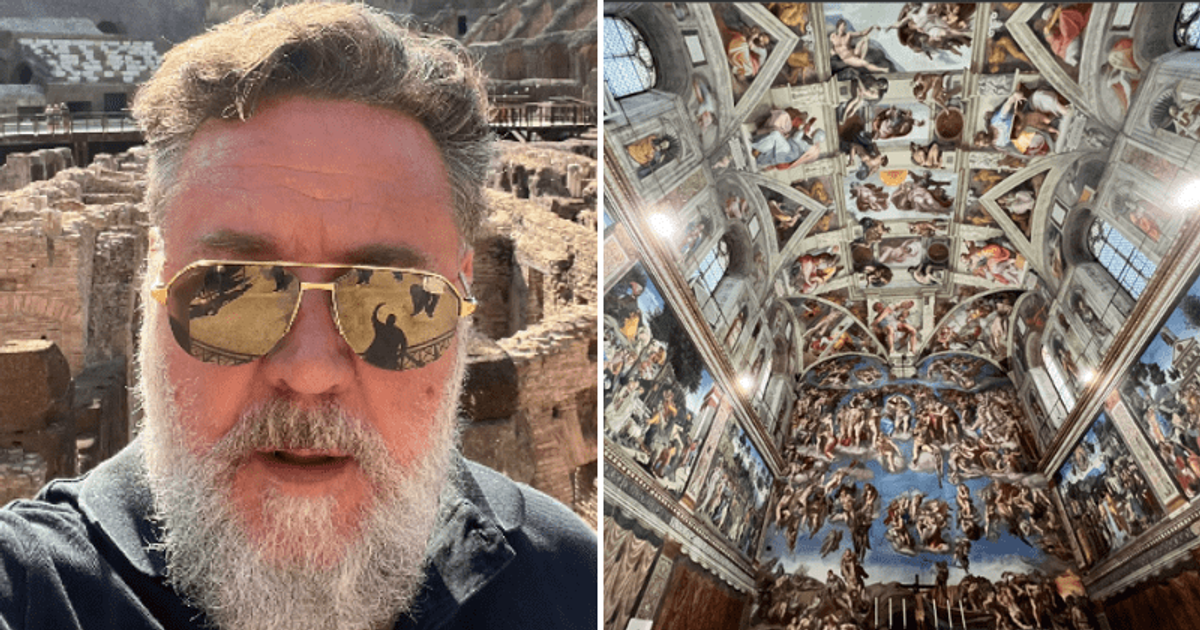 The 58-year-old actor, who is currently in Rome, shared several photos from inside the world-famous chapel during a private tour

The 58-year-old actor, who is currently in Rome to film The Exorcist of the Pope, visited the Vatican during his trip before sharing several photos from inside the world-famous chapel during a private tour. While photography is banned inside the Sistine Chapel to prevent camera flashes from damaging the artwork, some have suggested that Crowe’s celebrity status may have allowed him the privilege of flouting the rules.

Russell Crowe received quite a backlash after sharing snaps from the Sistine Chapel on his social media profile during a private tour.

“I’m not sure there is any privilege in the world other than holding the key to the Sistine Chapel and witnessing its splendor in silence,” Russell wrote, sharing photos from the tour on Twitter.

“A very special experience yesterday when we were allowed to walk alone through the Vatican Museums as a family. Amazing,” the actor said as he discussed his trip to the Vatican in more detail. “My mother had walked these corridors with my father over 20 years ago, with the thousands of tourists that flock here every day, making it the third most popular museum in the world. We got access to rooms, perspectives and parts of the collection that you don’t know. Not seen as a normal tourist. As we squeezed into a tiny private elevator and climbed up to a balcony that few could see, she squeezed my hand and said, ‘I wish your dad was here,'” he said, adding, “We stepped on the balcony and saw a majestic expansive view of Rome. We could also hear the Swiss Guard Band rehearsing.”

However, the actor was slammed for taking pictures in the chapel, with some questioning how he managed to get away with it.

“I thought you weren’t allowed to take pictures in the chapel,” reporter Savanna Young tweeted.

“You’re not supposed to take pictures in the Chapel Russel, you should know better,” replied another user.

“Hey! When I was there in the Sistine Chapel, they got mad at me for taking pictures. The privilege of being Maximo Decimo Meridio,” quipped another user on Twitter.

Russell reportedly stars as a demon-fighting priest in the upcoming supernatural thriller The Pope’s Exorcist, based on the published memoir by Gabrielle Amorth. Directed by young Australian filmmaker Julius Avery, who rose to fame after his 2018 horror film Overlord. Russell’s character is based on Father Gabrielle Amorth, a real-life figure who was stationed at the Vatican and is said to have performed more than 60,000 exorcisms. His death in September 2016 sparked a national day of mourning in Italy.

Crowe took his girlfriend and sons on a tour of his old office – the Colosseum in Rome – on Monday July 18. The actor, who played the famous Maximus in Sir Ridley Scott’s 2000 cult film Gladiator, revisited the site more than two decades later with loved ones in tow.