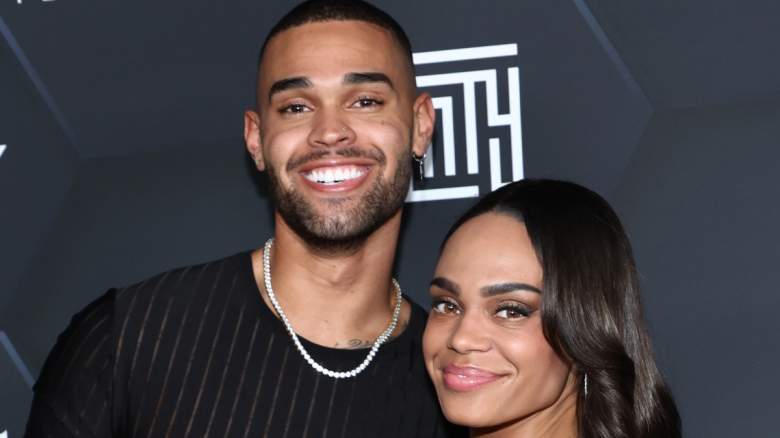 The Bachelorette fans are speculating that Michelle Young and Nayte Olukoya may be having trouble with their engagement. The couple got engaged with their season finale, which aired in December 2021, and they proposed at the time to plan a wedding and have Olukoya move to Minnesota, where Young lived. Now, just a few months later, some fans feel like things have changed. Have Young and Olukoya split up or is their engagement on the verge of an end?

Neither Young nor Olukoya shared anything that directly supports the possibility that their relationship is on rocky ground. However, Bachelor Nation fans on Reddit have been keeping a close eye on what The Bachelorette couple is saying and doing. Some people believe they’ve seen subtle signs on social media or podcast appearances that point to troubles in Young and Olukoya’s romance. As these potential signals repeat themselves, speculation of an impending split escalates. However, other franchise fans believe the couple is fine and think some are looking too hard and too deep for cracks in any franchise relationship.

On May 25th, a new thread started on Reddit about Young and Olukoya. “Seeing their interactions before vs now is just a big difference,” the thread author suggested. One forum member joked, “Unleash the Stans!!!!” before detailing what they saw as a sign of the possibility that the couple’s romance could fizzle. “But seriously, it’s pretty obvious that Michelle and Nayte are either already broken up or about to be,” the poster continued.

“I don’t think they broke up. But if any other couple said right after the show that one of them was moving to the other’s home state “as soon as possible,” and then it’s almost 7 months later and they’re still a long way away, most people would here assume they’re not going to last,” suggested another person.

A number of Reddit forum members noticed that Young and Olukoya continue to interact with each other’s Instagram posts. They haven’t apparently spent time together in person in about a month, and a few people have suggested the stars of “The Bachelorette” could get together for the long Memorial Day weekend. Quite a few posters noted that Young completes the school year as a teacher, which is usually a very busy time for educators.

“I’ll wait to judge until they finish school and/or we hear from them personally,” one person noted.

“Nayte and Michelle are not big social media people. They don’t post much even when they’re together,” stressed someone else, while hinting that their social media activity might not be a sign of importance. However, the same poster admitted they’re “getting some Zayshia vibes,” referring to Zac Clark and Tayshia Adams, who split shortly after intense fan speculation.

“I know people are upset about this attitude lol but Reddit keeps calling it out. Always,” someone joked about divisions within the franchise. Speculation about Young and Olukoya’s relationship is likely to continue in the coming weeks or months, though The Bachelorette couple also have plenty of fans supporting their success.