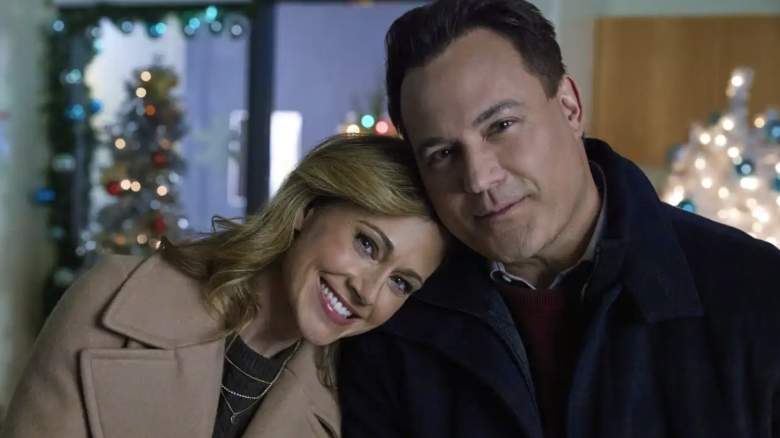 As Hallmark fans eagerly await the network to officially announce its full lineup of Christmas movies, rumors have been circulating about various films that could be announced. Among them is a possible sequel to Five More Minutes, the popular film that premiered last year.

The Twitter account SleepyKittyPaw, known for sharing accurate news about romcom TV movies, shared that A sequel to Five More Minutes is likely to be part of Hallmark’s lineup for the 2022 holiday season.

The account keeps a list of all the movies they’ve heard about being made for Hallmark, and among them is a movie called Five More Minutes: Moments Like These. They don’t have any other details or even possible actors to be linked to the film.

The film is also featured in the September 15 Production Weekly. An Industry Contacts website lists Navid Soofi as the producer, Kevin Fair as the director, and Canada as the location. Celeste Crowe is listed as executive producer and filming dates are set for September 26 through October 14.

Soofi has produced several films for Hallmark, including A Splash of Love, Butlers in Love, Nantucket Noel, Journey of My Heart, Chasing Waterfalls, Love & Glamping, and The Mistletoe Secret “. ,” and more.

Fair has directed films for Hallmark including Always Amore, Our Christmas Journey, Taking a Shot at Love, Wedding Every Weekend, A Gift to Remember 2, and Morning Show Mysteries.

SleepyKittyPaw’s list has a number of fascinating films on its Christmas season list, including Christmas Bedtime Stories with Erin Cahill, Maple Valley Christmas with Andrew Walker and Peyton List, Time for Him to Come Home for Christmas with Tyler Hynes and Holland Roden, “A Manny for Christmas” with Jonathan Bennett, “Haul out the Holly” with Lacey Chabert and Wes Brown, “The Art of Letting Go” with Brennan Elliott and Nikki DeLoach, “Christmas Cookie Catastrophe” with Rachel Boston and Victor Webster, and more.

Hallmark or other sources have already announced some Christmas movies on the network.

Will Kemp and Reshma Shetty’s “Jolly Good Christmas” will open the 2022 Countdown to Christmas event, which premieres on October 22nd. The film was shot in London and directed by Jonathan Wright. Ron Oliver wrote the screenplay.

Variety reported that Kemp will play the role of David, an American relocating to a London architecture firm. He hires Shetty (who plays the role of Anji) as a professional shopper to help him find a present for his girlfriend.

Kristoffer Polaha is working on a new film for Hallmark’s 2022 holiday season, in which he will star alongside Marisol Nichols.

Hallmark is set to release a fifth film in the Time for You series of Christmas films, and current rumors suggest Tyler Hynes will be starring.