Round round baby: are we on the verge of a girl group renaissance? 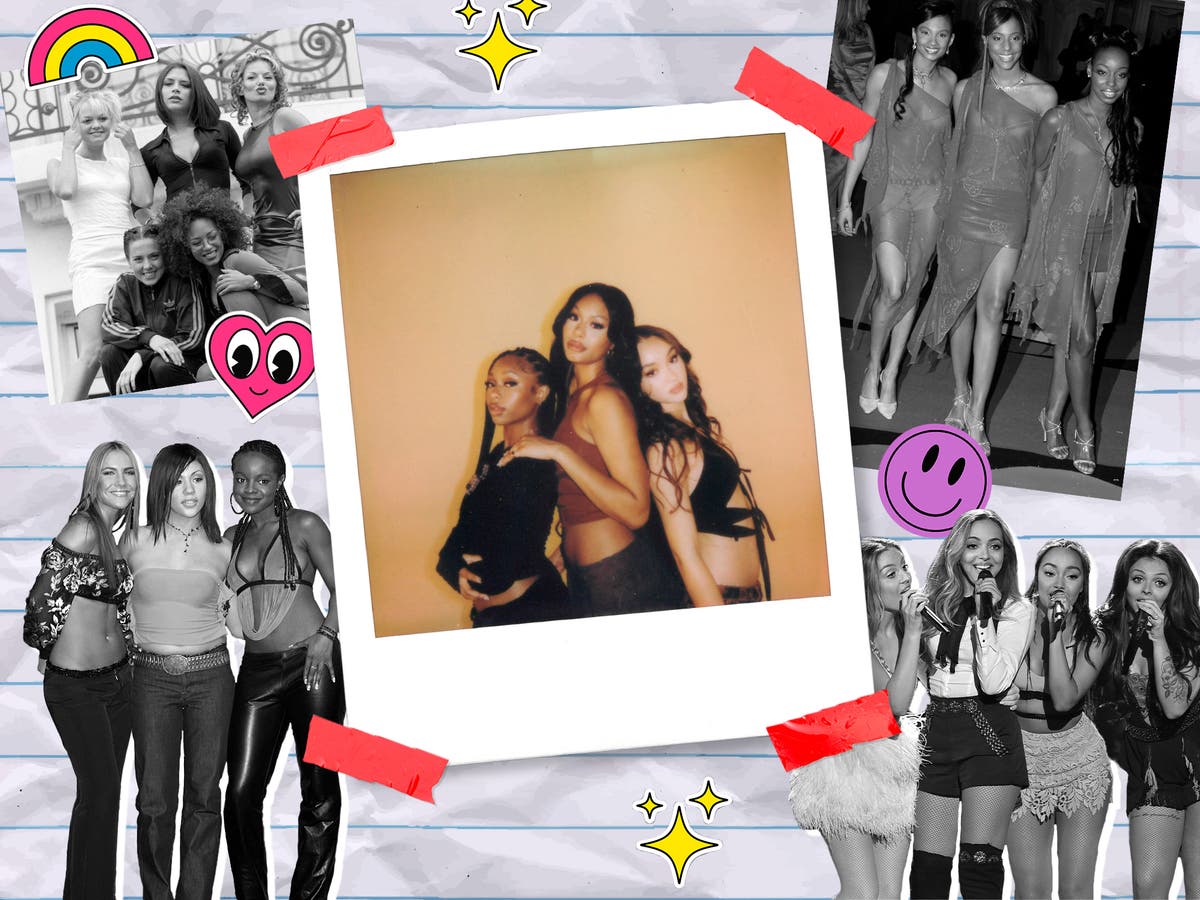 The year is 2003. Keisha Buchanan, Mutya Buena and Siobhan Doherty of the Sugababes stand on the Pyramid Stage in Glastonbury, dressed in matching low waist bootcut jeans, stonewashed, black t-shirts and hoop earrings. They swing their hips from side to side as thousands of sticky-eyed fans sing their lyrics back to them. Her harmonies are enchanting; choreography smooth; Style unmistakably noughties. This is the era of the Great British Girl Band.

This weekend, the original Sugababes reunite on the Glastonbury stage for the first time in 19 years. They are the only British girl group in the lineup and come on a little over a month after pop trio Little Mix went on hiatus to pursue solo careers. At first glance, the future landscape of girl groups in contemporary pop looks decidedly flat. Is there hope for a renaissance?

Girl groups once ruled the UK Top 40, along with our CD collections, pub quizzes, karaoke nights and closets. In 2002, you could turn on the radio to hear Girls Aloud’s gritty “Sound of the Underground,” Atomic Kitten’s cover of “The Tide Is High,” or Sugababes’ assertive “Freak Like Me.” All the best-selling singles and all the songs that championed rebellion and good old-fashioned girl power.

The publicist Simon Jones remembers this time well. How couldn’t he? He has worked with some of Britain’s biggest pop bands: Mis-Teeq, Blue, McFly, One Direction and Little Mix. “The landscape has changed so massively that I don’t know how a group likes it [Little Mix] would break through now,” Jones, who runs his own public relations firm, tells me. “We don’t really have a huge reality competition that produces TV stars anymore. The x factor was a showcase for the nation. Every Saturday and Sunday night you build a ready-made fan base when you leave the show.” Like clockwork, the finale would air over a weekend and the winner’s single would be released on Monday: “Everybody would go out and buy it and you’d get these huge ones see volumes of sales.”

When Little Mix won The x factor In 2011, they sold 210,000 copies of their winning single, a cover of Damien Rice’s “Cannonball.” They were the last new girl band to break into the UK Top 40. “Maybe we need another platform like this for these artists to thrive,” Jones suggests. Right now, he’d be reluctant to add a new girl band to his star-studded roster. Gone are the days when a feature in smash hits or top of the pops could start a new act. “I’ve had a lot of offers over the last five years that I just said no to,” he says. “Because those opportunities to start those acts don’t exist anymore.”

The British wave of girl groups in the ’90s and ’00s were often manufactured by their labels. Sugababes was put together by Ron Tom in 1998, six years after he founded All Saints. Mis-Teeq were formed with the help of Louise Porter and her production company Big Out Ltd (once with Tina Barrett in her cast before she joined S Club 7). The future members of the Spice Girls turned up for auditions at London’s Danceworks studios in 1993 after managers Bob and Chris Herbert placed an ad, hoping to create a girl group that could compete with boy bands of the time.

Breaking through a market dominated by solo artists is a commercial and economic challenge, according to Adam Klein, who works with Fascination Management, the label responsible for Girls Aloud, All Saints and The Saturdays. “It’s easier to make a living from record sales and touring when you’re sharing the proceeds with fewer people and fewer other band members,” he says. “Not to mention the choreography and vocal coaching that often goes into turning a group of people who started out as strangers into elegant chart-topping artists like Little Mix, Blackpink, or Girls Aloud.”

But there is hope. FLO is steadily growing with a following of fans who will be picking up Little Mix’s sparkling baton. The trio, made up of Renée Downer, Stella Quaresma and Jorja Douglas, all 20, met at school and shared a love of singing. But it wasn’t until they met at an audition that they decided to perform together. FLO’s debut single Cardboard Box, now signed to Iceland, has already racked up over four million streams. It’s a very promising start, Jones says. “They came through because they have a really brilliant song and everyone loves it [about it].” A tale of post-breakup revenge, “Cardboard Box” is about fluttering harmonies, gripping solos, and the kind of inspiring, empowering defiance that made stars of its predecessors.

“There’s nothing more powerful than talented women coming together to make music,” the group’s members tell me over email. “We felt like the world really needed a new group that made great music – so why not take it into our own hands!” They grew up listening to Spice Girls and Destiny’s Child and combined their love for both to create to create a fresh R&B sound. Although the trio admit that breaking into the industry is never easy, the unity of being in a girl group keeps them going. “We’re thankful to work through the harder parts together,” they say. “Being a successful girl group isn’t easy, but we love what we do and can only hope everyone loves our music as much as we do.”

Jones firmly believes there is still a great demand for this type of group among music fans. “I think the audience and the appetite are always there,” he says. “The Spice Girls, Sugababes, Girls Aloud and Little Mix all had a double fan base — lots of young girls and lots of teens. But at the same time, they have a huge LGBTQ+ fan base.” For Klein, the recipe for success lies in a breakout single. “It only takes one really great single from a credible band to turn the tide back towards girl bands,” he says. “I’m confident it will happen and the next great girl band is undoubtedly around the corner.”