Romance in Greece! Tristan Thompson spotted with MYSTERY wife ahead of second child with Khloe Kardashian 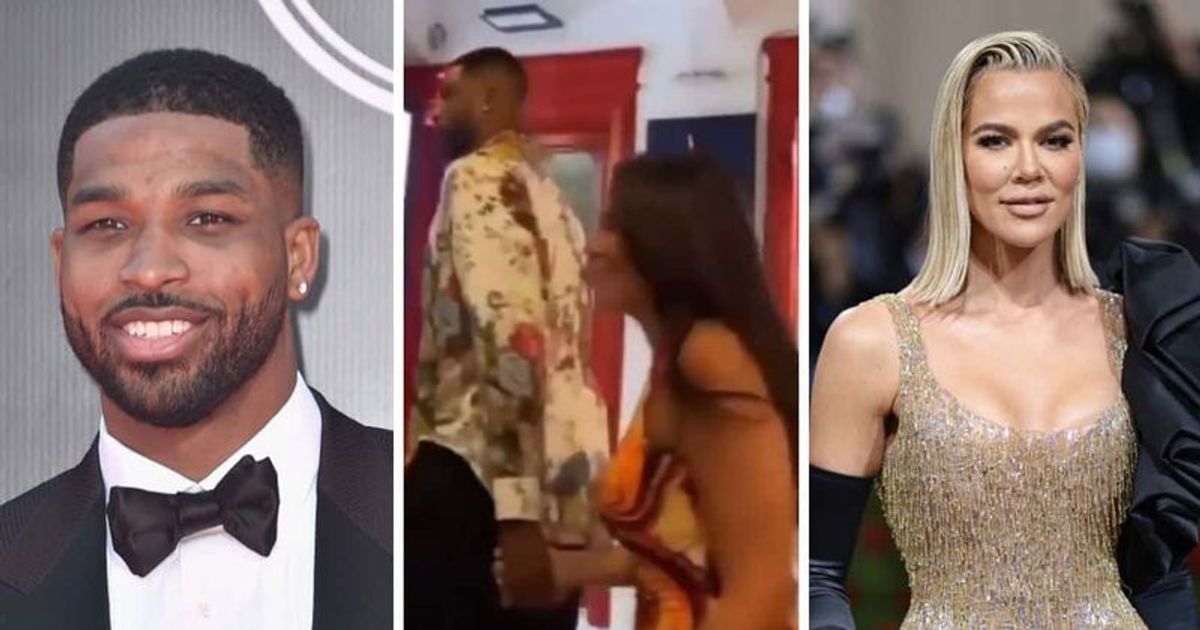 “This man is evil,” the internet lashed out at Thompson after he was pictured with another woman

Tristan Thompson was photographed with an unidentified woman walking hand in hand around 5am on Sunday July 17 after partying at club Bonbonniere in Greece. A video has surfaced of the NBA star walking the busy streets with a mystery woman wearing a form-fitting orange and red dress.

Just days after it was announced that Thompson and Khloé Kardashian are expecting a second baby together, the NBA star took a trip to the Greek island with friends. In the video, shared via Instagram fan account @kardashianclips, Thompson can be seen wearing a floral shirt, dark pants and white sneakers, and holding hands with the woman exiting a club. The duo then walk the busy streets of Mykonos.

“This man is evil”

Fans reacted quickly to the video. One user pointed out, “Why as a woman would you even want to be with a guy like Tristan Thompson like there’s definitely a breakup.” Another wrote, “Damn! After the backup bombshell, Tristan immediately doubled down in the third trimester to further aggravate Khloe’s pain and embarrassment by publicly taking home a super thick chic from the club! This man is evil.” The trolling continued with a line saying, “Tristan Thompson walks into the delivery room pissed he had to leave Greece.”

Many have also looked at his game. One user said, “Tristan Thompson being one of the most famous basketball players in the world because he never had anything to do with basketball is a skill I wish I had.” Another commented, saying, “If Tristan Thompson put half the effort into cheating on Khloe Kardashian in his basketball career, he’d be a 7-time NBA champion.”

While the 31-year-old NBA star was on vacation, Khloe is reportedly awaiting the birth of her son in Los Angeles. A week ago, Page Six reported that the NBA player was spotted partying across Europe and the UK. He attended the Wireless Festival in London and was then spotted in Greece with Justin Combs and even Kanye West’s ex-girlfriend Chaney Jones.

Meanwhile, Thompson has not publicly confirmed the news of his and Khloe’s second child. The duo have a four-year-old daughter, True. Recently, Khloé, who broke up with Thomson in 2021 shortly after her surrogate conceived, spoke on The Kardashians about how she found out Thompson fathered a child with Maralee Nichols while they were together. She said: “I’m finding out what Tristan is doing to the rest of the world. It wouldn’t be a courtesy, but well, if you do, won’t you even give me a heads-up in front of the damn rest of the world? It’s just an extra slap in the face. It’s humiliating. I’m embarrassed.”