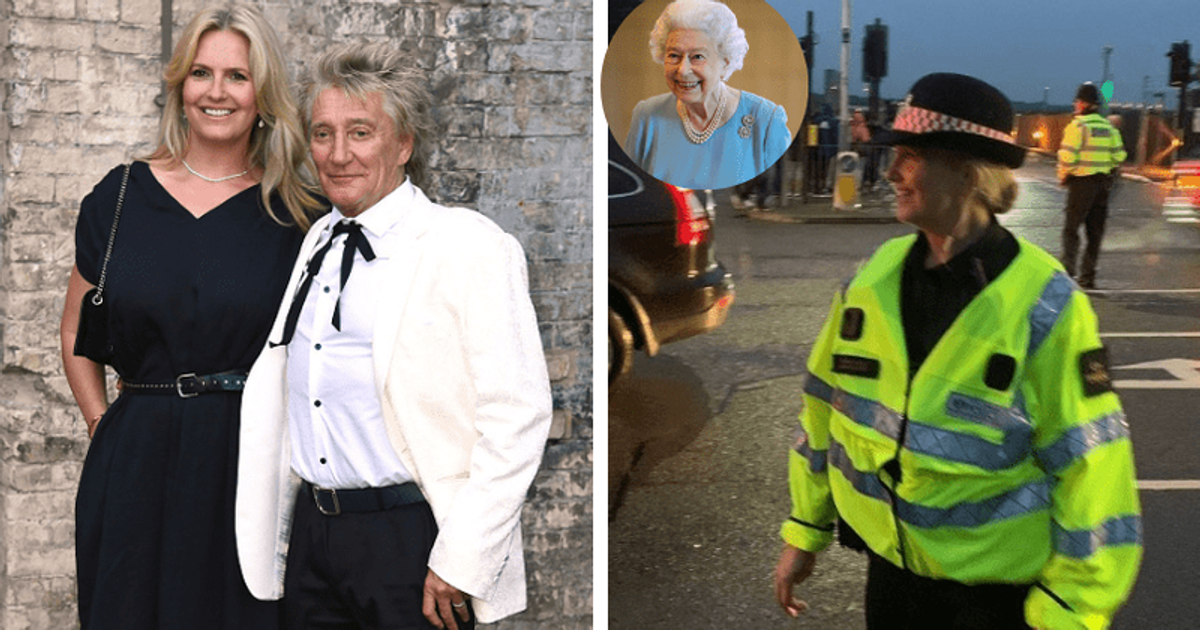 Penny Lancaster, who became a Special Constable in 2021, was seen in uniform and on duty as she made her way through crowds near Westminster Abbey

LONDON, UK: Former model Penny Lancaster was seen helping out as one of the police on duty at the Queen’s funeral on September 19 in central London. She had completed her training as a “special police officer” last year in 2021.

Penny, a former TV presenter, is married to singer Rod Stewart. The Queen’s funeral is being touted as the largest police effort in British history, drawing in officers from across Britain, according to the Lad Bible.

According to the outlet, security is greater than at the 2012 Olympics, an event that required 10,000 officers on the streets of the capital. With the police on standby and a massive force required to do so, Penny is one of many officers tasked with protecting London during the funeral.

The 51-year-old was spotted in uniform on the streets of the capital, making her way through crowds near Westminster Abbey. Penny had started volunteering as a police officer after appearing on the Channel 4 show Famous and Fighting Crime, where celebrities swapped jobs with people in the emergency services.

Penny had also met the late Queen and the new King Charles III on separate occasions as her husband had performed for the Royals many times. Her husband was also knighted for his services to music. According to Express UK, Penny told Good Morning Britain how Her Majesty had a “terrific” sense of humour. Penny told presenter Susanna Reid: “Absolutely, she always liked it when things went wrong – every opportunity to laugh. She really had a great sense of humor.” The former model added: “It was a great privilege to work at the Queen’s memorial service at St Paul’s Cathedral.” The seamless connection between Her Majesty and King Charles III. my oath will now be with the king.”

Meanwhile, Penny’s husband Rod Stewart took to Twitter on Thursday September 9 to offer his condolences on the death of the Queen. In the same tweet, he broke the news about his sibling and explained that it had been a difficult two days for him. He said: “It’s been a devastating 48 hours. My brother Don died Tuesday at the age of 94 and Her Majesty Queen Elizabeth II died today at the age of 96. Like Don, the Queen has been present as a great unifier my entire life. A shining star that will never fade in our hearts and souls,” he tweeted. However, the cause of death has so far been kept secret.

Security was tight when the Queen was buried on September 19. Armed snipers were stationed on the rooftops to keep an eye out for any possible threats, while over a thousand officers lined the streets to stand between the Queen’s funeral procession and huge gatherings of mourners.