Rihanna was ‘shocked’ when she saw A$AP Rocky arrested, hours later the baby shower was cancelled 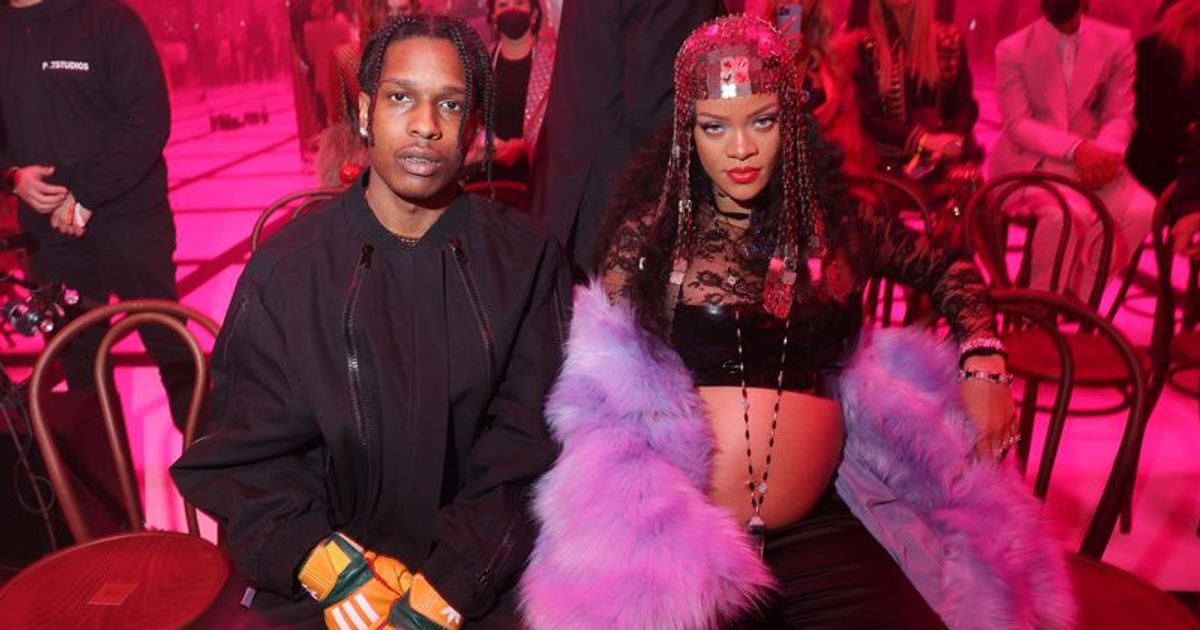 Rihanna wants to be gentle, relaxed and 100 percent focused on her baby’s arrival, a source said

The assault charges against Rihanna’s partner A$AP Rocky appear to have ended her desire to give birth to her first child in peace. After the rapper’s arrest, the pregnant singer was reportedly stunned at how “things seem to be out of control.” The Diamonds singer reportedly witnessed officers arrest Rocky at LAX on Wednesday after they landed on their private jet from Barbados. She was taken completely by surprise when she was arrested.

Rocky wasn’t expecting it either, and multiple law enforcement sources told TMZ that police “decided not to give Rocky or his team advance warning … the arrest lasted more than a week.” According to sources, Rihanna was in tears and had to cancel her baby shower, which was due to take place in LA on Wednesday night.

“Rihanna has made it a point to navigate the public side of her pregnancy on her own terms and now things suddenly seem out of her control,” says the source, referring to how the Barbadian beauty has been trying to conceive her pregnancy manage on their own terms.

“This drama is the last thing Rihanna needs right now,” the source said of the Fenty Beauty founder. “She wants to be gentle, relaxed and 100 percent focused on her baby’s arrival — without stressing out!” the insider said of her reaction to the news.

“She is heavily pregnant and these are very serious allegations, it’s a nightmare scenario for her,” another source told The Sun. “It was supposed to be Rihanna’s baby shower in LA on Wednesday night but they had to cancel. Rihanna was very, very upset and stressed out by Rocky’s arrest. It’s not the best time for her to be on such an emotional roller coaster.”

According to the source, Rihanna intends to give birth in her native country of Barbados. “Despite strong ties to New York, the plan was to make LA the home base once the baby arrives,” the source reveals. “However, Rihanna would like to give birth in Barbados and spend the first few months with the baby there before coming to the United States.”

Rocky was arrested by Los Angeles Police Department after arriving from Barbados with Rihanna on Wednesday April 20th. The arrest came in connection with an alleged shooting that took place in November last year. After posting $550,000 bail, he was released hours later.

Rocky and Rihanna had taken a break in Barbados after cheating allegations were made against him. Last week, rumors circulated that the couple had split due to the “peso” rapper’s infidelity. Amina Muaddi, the shoe designer accused of having an affair with A$AP Rocky, slammed the “heinous” allegations on April 15. An influencer named Louis Pisano had tweeted the unsubstantiated claim about the pair, which spread like wildfire.

Muaddi set the record straight in her Instagram story and flatly denied these allegations. “I have to speak out as this is not just addressed to me but to people for whom I have great respect and affection. As Rih continues to live her quiet, best-dressed pregnancy life, I’ll get back to my business,” read part of her Twitter and Instagram Story statement.