Rihanna Returns to Music with ‘Lift Me Up’ from ‘Black Panther: Wakanda Forever’, Fans Say They ‘Can’t Stop Crying’ 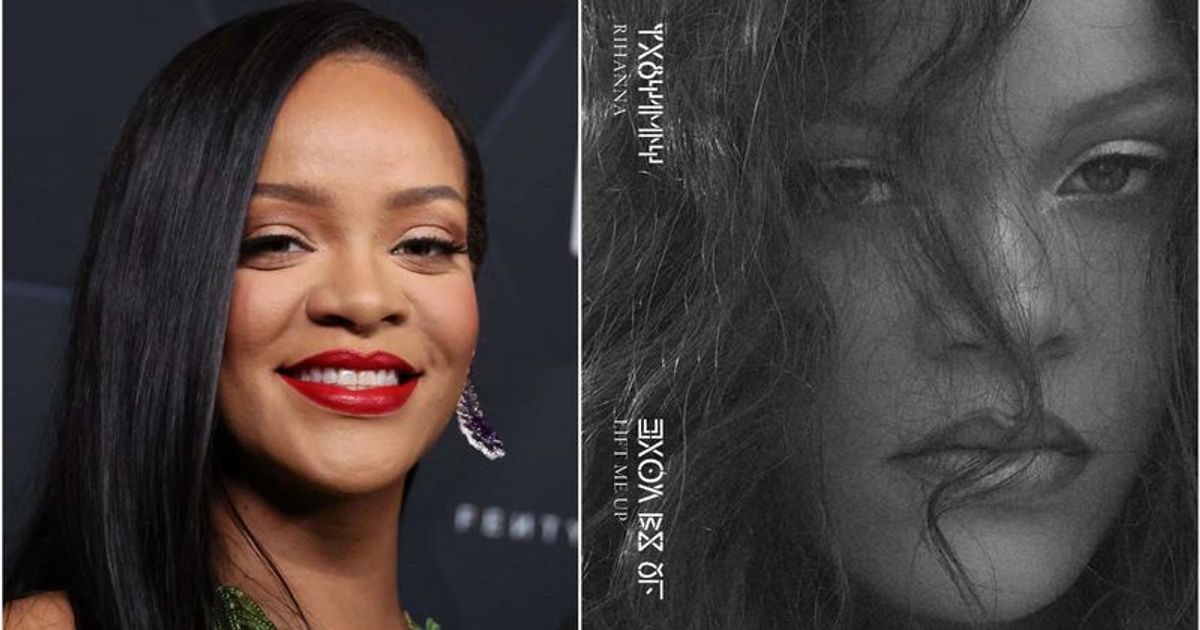 “Lift Me Up” is Rihanna’s first single in six years and will be featured in Marvel’s upcoming superhero movie Black Panther: Wakanda Forever.

The Queen is back!!! After a long wait of six years, pop icon Rihanna has made a stunning return to music with her latest track, “Lift Me Up,” which is also the first track from Marvel’s upcoming blockbuster superhero movie, Black Panther: Wakanda Forever. Her last album “Anti” was released in 2016 and since then fans have been waiting to hear RiRi’s magical voice.

The song features powerful vocals from the extraordinary musician and her amazing voice is supported by a piano. The best thing about the song is that it mainly focuses on Rihanna’s voice and inspirational lyrics and contains minimal strings. The song, which pays tribute to Chadwick Boseman and his legacy, was written by artists including Tems, Rihanna, Ludwig Goransson and director Ryan Coogler.

Black Panther: Wakanda Forever LEAKS: Will T’Challa’s Son Be Featured in the Movie?

The song begins with the lyrics: “Lift me up/Hold me down/Hold me close/Safe and sound. Burning in a hopeless dream / Hold me when you go to sleep.”

As the song reaches halfway point, a chorus joins Rihanna, adding even more punch to the song. The track is pretty simple and that’s the most striking aspect of the song as the ‘Work’ hitmaker has become known for her sexy, dancing numbers in recent years. However, her voice sounds perfectly on the emotional track and delivers a heartfelt message.

As soon as the song surfaced online, fans flocked to various music streaming platforms to hear the song and as expected, the musician has won hearts again with another beautiful single. One fan wrote: “I literally can’t stop crying. #LiftMeUp is so simple and yet so powerful and beautiful. Your delivery is unreal. Missed her voice so, so much.” Another social media user wrote, “Pick me up. @rihanna is so special and just beautiful. She shows so much emotion and maturity in this song. I love that for her.”

“When Anti came out years ago, Rihanna said she wanted to write songs that would last 50 years. She continues to prove that she meant it. #LiftMeUp,” tweeted another user. “I’m sobbing because I want someone to help me. RIHANNA DRESSED AND SERVED ANGELIC VOCALS,” wrote another. “Lift me up is such a pretty song and now I want to cry,” another fan tweeted. “Rihanna never disappoints!” said another.

“Lift Me Up” is one of the two songs Rihanna wrote for Black Panther: Wakanda Forever. The second track entitled “Born Again” will be released in the coming weeks.
In a recent interview with The Hollywood Reporter, director Ryan Coogler revealed that he and composer Goransson were looking for an artist who could “thematically embody” the film in their music. He wasn’t shy about saying that Rihanna was “at the top” of this list because they knew the musician was looking forward to doing something different.

He added, “We took a different musical approach with the film. Ludwig Göransson, our composer, and I wanted to make the film and have real songs integrated into the score throughout the film. Rihanna was at the top of this list. We knew she was also at a point in her life where she was focused on other things — you know, focused on business, on motherhood, which is a big theme in our film — so we hoped that maybe it could work and boy did it.”

The first Black Panther proved to be a landmark project for the Marvel Cinematic Universe (MCU), grossing more than $1.35 billion worldwide and becoming a cultural phenomenon. Fans are hoping for something similar from the sequel. The official synopsis of ‘Wakanda Forever’ reads: “At Marvel Studios ‘Black Panther: Wakanda Forever’, Queen Ramonda (Angela Bassett), Shuri (Letitia Wright), M’Baku (Winston Duke), Okoye (Danai Gurira) and the Dora Milaje (including Florence Kasumba) fight to protect their nation from encroaching world powers after the death of King T’Challa. As the Wakandans strive to begin their next chapter, with the help of War Dog Nakia (Lupita Nyong’o) and Everett Ross (Martin Freeman), the heroes must band together and forge a new path for the Kingdom of Wakanda.”

The film had its world premiere in Hollywood on Wednesday night, and although the official review embargo for “Wakanda Forever” was lifted on Nov. 8, the embargo on social media reactions following the premiere was lifted, and as expected, Coogler once again made it to Park .