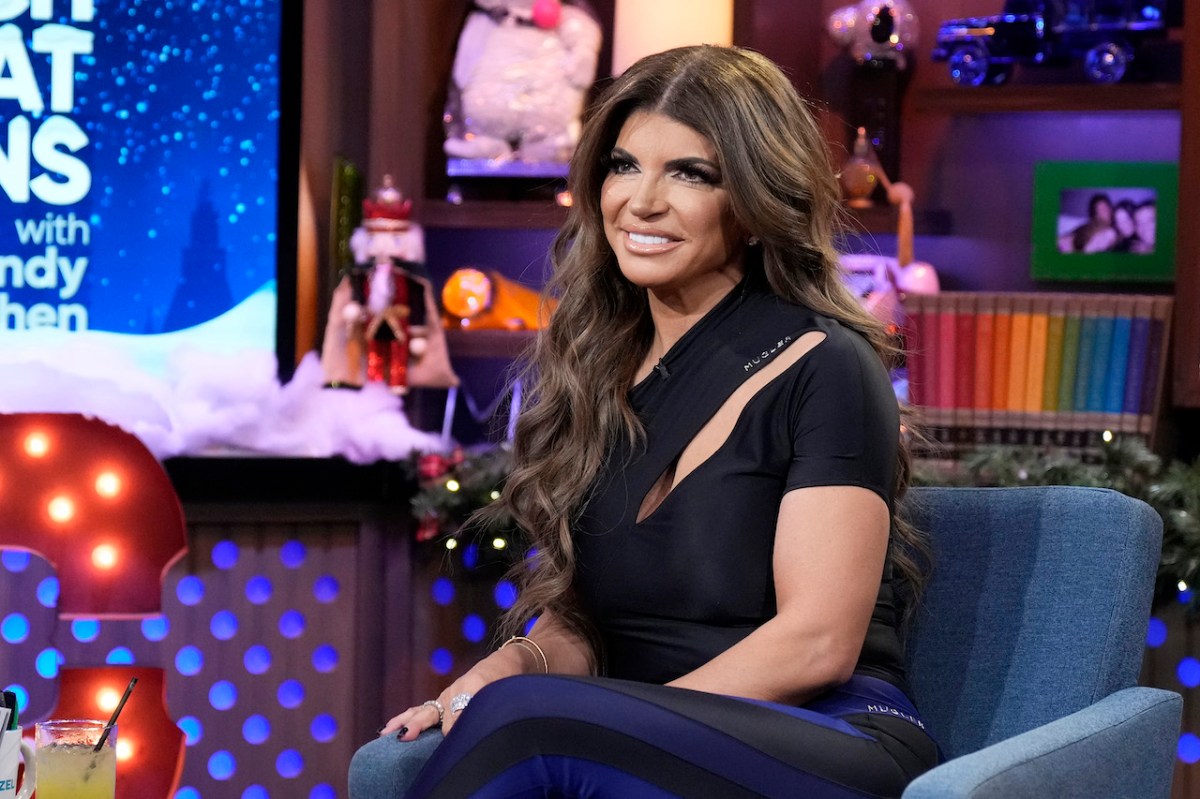 The real housewives of New Jersey wouldn’t be the same without its table-turning superstar Teresa Giudice. She is the only remaining original cast member and much of the show revolves around her co-stars’ drama with her. But they may need to find another person to fight with, as Giudice revealed she’s ready to trade the Garden State for sunny California.

Born and raised in New Jersey, Giudice has never lived in any other state. She also raised her four daughters in her hometown. But now that she’s newly married and her girls are getting older, it’s time for a change, she says. And she has her eyes on the West Coast.

She told her co-host during an episode of her podcast Namaste B$tches, “Listen, I want to stop by your place because the weather sucks.” She explained, “It was pouring rain this morning and I was like, ‘Oh my God. I think of you. I’m like, [She’s] in the sunshine.’ I’m like, ‘I want to be with her.’

Thankfully, she’s already spoken to her family, who are on board with a change of scenery. But she’s waiting until her youngest daughter graduates from high school. “I said to Luis, ‘I’m counting down to four years. Four more years until Audiana goes to college.”

Giudice has been on the show as a full-time cast member since Season 1. She is the only OG cast member left who has never taken a break despite serving 15 months in prison. She says she would prefer her former co-stars to return because they had real friendships when they first started recording.

“I would love the first one, how we started, season one and season two,” she said in a recent interview with the reality with the king podcast. “When I said it [Carlos King]’I don’t want to fight with my family’ [it was] because I saw what was going on between Jacqueline [Laurita]dina [Manzo]and Caroline [Manzo]. It was about her family. And I said, ‘I don’t want what happens to them to happen to me,'” she noted, referring to the potential consequences Giudice would have with her own family.

Despite being the last original cast member and having so much family drama with her brother and sister-in-law, she says she has no plans to leave. “[I’m staying] until the end,” Giudice added. “No one will deter me. i started it I will finish it – as long as Bravo wants me.”

Much of Season 13 will chronicle her ongoing family chaos over not inviting her brother’s wife, Melissa Gorga, to be Luis Ruela’s bridesmaid at her wedding. The Gorgas ultimately decided not to attend the wedding at all after a large explosion occurred during taping of the season 13 finale. Giudice was reportedly behind a damaging rumor surrounding the Gorga’s marriage. Season 13 premieres on Bravo on February 7th.