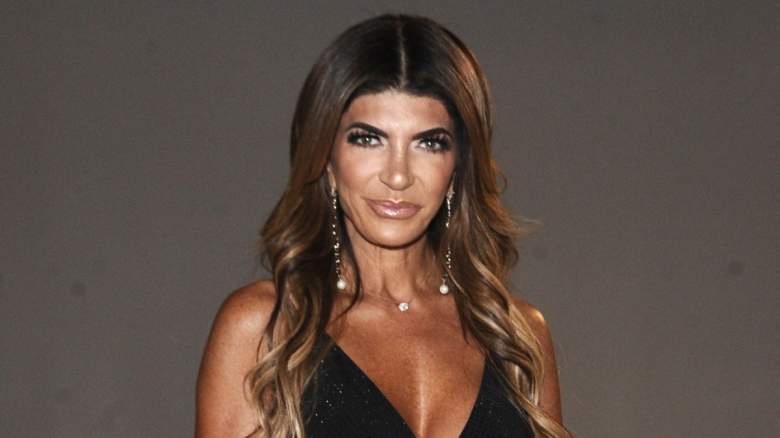 Real Housewives of New Jersey star Teresa Giudice is a contestant on season 31 of Dancing with the Stars. In the first episode, she tangoed with her partner Pasha Pashkov to the song “We Found Love” by Rihanna. During the performance, the Bravo personality paid homage to a scene in the RHONJ season 1 finale in which she flipped a table.

RHONJ alum Kim DePaola shared her thoughts on Giudice appearing on Dancing with the Stars during a September 2022 episode of the Behind the Velvet Rope podcast. She shared that she will tune in to watch her former castmate perform.

“I’ll look at it, I won’t vote for her, but I’ll look at her. And I hope that she will go far because I think she will do well,” said the fashion designer.

She then suggested that she didn’t think Giudice was intelligent enough to excel in dancing.

“Only problem is it’s not very light, you know a couple of fries isn’t enough Happy Meal. How is she going to do one, two, one, two, three, four, that’s going to be the problem, but I think she’ll make it,” DePaola assured.

After her first Dancing with the Stars performance, Giudice spoke to Extra TV about her routine. She shared that she wasn’t nervous about performing in front of a live studio audience.

“I wasn’t nervous and I did my best and I could probably know it – I don’t have any dance experience so I know every week if I stay if my fans vote for me I promise I’ll give it – I have.” given a million percent, but I’m just getting better,” said Giudice.

The mother-of-four also shared why she chose to honor her iconic table flip moment.

“I did that for my fans. I know they love the whole table flip thing and this time I did it with a smile,” Giudice said.

The RHONJ star shared similar comments about the table change in a September 2022 Interview with Entertainment Tonight.

“In the beginning I knew what I was like, I didn’t know if I wanted to do this. [But then,] I say, ‘You know what? I know my fans will love it. i did it for her And this time I did it with a smile on my face,” said Giudice.

During another Entertainment Tonight interview in September 2022, Giudice shared that her husband Luis “Louie” Ruelas has supported her participation in “Dancing with the Stars.”

“Luis really supports me a million percent, he’s so happy for me and will be cheering me on. He’s Latino so he knows how to move so I have to make him proud,” the Bravo star shared.

Giudice and Ruelas wed on August 6, 2022. On September 6, 2022, the mother of four took to Instagram to celebrate their month-long wedding anniversary. The post included numerous pictures taken at their wedding. In the caption for the post, she claimed that her “wedding really was a dream come true.”

“Babe, your love is all I ever dreamed of. Thank you to everyone who loves us and supports us. All your messages mean so much to me. Can’t wait to share more wedding pictures and videos with everyone soon!” Read part of the caption.